When an Important Memory Turns Out to be Wrong

When an Important Memory Turns Out to be Wrong February 18, 2020 vancemorgan

My youngest son, Justin, has a remarkable memory–for, as he puts it, “totally useless facts.” By the time he was ten or eleven, I had learned never to challenge his memory of a basketball game we attended, of a conversation from months or years earlier, or a movie. Thanks to me and my forcing Justin and his brother Caleb to watch my favorite movies from the time they were very young, Justin knows every line of dialogue from “Dead Poets Society” and ‘The Blues Brothers,” along with appropriate inflections and accents (he’s an excellent mimic). I fancy that I know all the dialogue from those movies as well, but when we laugh our way through a favorite scene, Justin regularly corrects something that I inaccurately quote. I never challenge him on this–I’ve been proven wrong too many times. 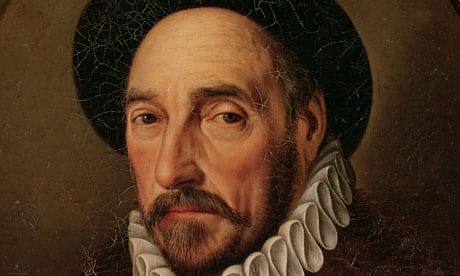 Michel de Montaigne, whose brilliant essays are the focus of an honors colloquium I am teaching this semester, regularly complains about what a weak and unreliable memory he has. By his own account, he forgets the books he has read, has no memory for dates, and misplaces the momentous events in his life. At times he seems almost proud of his poor memory, and with good reason. Fueled by an insatiable curiosity and with little interest in building a solid philosophical foundation upon which his beliefs can be permanently settled, Montaigne always resisted fixed points, choosing rather to “essay” further and wander more extensively within a world that he found boundlessly fascinating. A stronger memory might have tempted him to rely on past experiences and knowledge; the weakness of his memory removed that temptation.

Memory is tricky, an often unreliable something out of which, for better or for worse, we construct our past, interpret our present, and envision our future. I’ve observed my own memory erode over the years simply because of new technology that made memorization unnecessary. I used to easily hold several dozen ten-digit telephone numbers in my memory, even remembering my childhood home phone numbers and those of my girlfriends when I was in high school. Now, I know my cell number and two office numbers, can remember Jeanne’s cell number if I think for a second, but have no other phone numbers available in my memory files. Why? Because all I need to do is tap my cell phone two or three times and I can find any one of the hundreds of numbers stored in it. The part of my brain that used to do that can now do something else (or atrophy).

But some things are unforgettable. My memory in my youth was developed both by my piano training and by forced Bible memorization. Although I’ve not made a study of it, I’ll bet that memorizing music and memorizing the written word involve two different parts of the brain, because I was always much better at memorizing Bible verses than passages from Mozart, Bach, or Debussy. Of the Old Testament verses I was required to memorize, the majority of them were from the Psalms, passages that remain some of my favorites from Scripture. Psalm 23, of course, but also Psalm 91 (“He who dwells in the secret place of the most High”), Psalm 103 (“Bless the Lord, O my soul”—a text that is forever set in my memory to the music from Godspell), Psalm 121 (“ I will lift up mine eyes unto the hills”) and many others stayed with me as welcome companions even after I sought to walk away from my heritage in my young adulthood. In class the other day, I enjoyed reciting two or three Psalms to freshmen (it was Old Testament week)  as some of them followed along in their texts to track the difference between the NRSV and King James translations. Those who were not following along stared at me as if I were some sort of pony-tail-wearing mutant or trained monkey.

Of all the Psalms from my youth, Psalm 19 was and still remains my favorite.

The heavens declare the glory of God;

And the firmament showeth His handiwork.

And night unto night showeth knowledge.

There is no speech nor language

Where their voice is not heard.

Their sound is gone out into all lands,

And their words unto the end of the world.

Even in the stilted and outdated language of the King James Version (I wasn’t sure what a “firmament” was, nor were “showeth” or “uttereth” verbs my people used often), I recognized it as beautiful poetry as a mere child. And it was one of the pillars (along with passages from Romans 1 and 10) of my church’s answer to the question “Are those who haven’t heard about Jesus going to hell?” The thought that they would seemed unfair to me, but in Romans Paul insists, as does the writer of Psalm 19, that God’s presence and truth is there for the observing for those who care to pay attention; Paul says that those who do not “are without excuse.”

So, it was disconcerting to find out while on sabbatical some time ago that I had “misremembered” Psalm 19. My first clue was when Psalm 19 was up to the plate one day during noon prayer (all of the Psalms get a turn at bat during the four-week cycle of the hourly office the Benedictines use). We read, in the Grail translation,

The heavens declare the glory of God

and the firmament shows forth the work of God’s hands.

and night unto night makes known the message.

No speech, no word, no voice is heard

yet their span extends through all the earth,

their words to the utmost bounds of the world.

As usual, reading a Psalm that I memorized in the King James Version in another translation was weird, as if someone had messed with the text of a Christmas carol or something. My curiosity was piqued as I compared “No speech, no word, no voice is heard” with the “There is no speech or language where their voice is not heard” of my memory.

I try not to be a philosopher at noon prayer, but I didn’t have to be a philosopher to realize that these comparative lines had exactly opposite meanings. Either what the heavens and the firmament have to say is heard in all languages or it is not heard in any voice or language at all. Later, I checked my KJV and read “there is no speech or language; their voice is not heard.” I had misremembered—I had replaced a semicolon with a “where.” My memorized “there is no speech or language where their voice is not heard” had exactly reversed what Psalm 19:3 is saying. And another small piece of my past—this time my favorite Psalm—bites the dust.

Our core selves are essentially created out of our memories—the philosopher John Locke, one of the pioneers of investigation into personal identity, once wrote that “one’s personal identity extends only so far as one’s memories.” But what happens when my memories are faulty?  I recall how jarring it was when I was a teenager to learn that a picture in my baby book (Facebook was not even a glimmer in anyone’s imagination in those days) of me looking angelically at a candle flame taken when I was a year or two old was actually a picture of my brother (my grandmother spilled the beans). That picture had become a part of my identity, and grandmaw ripped it away.

How many other cornerstones of my identity, constructed out of my memories, are inaccurate or figments of my imagination? I feel an existential crisis coming on. But perhaps the accuracy of my remembered history is far less important than the need for me to embrace it as mine. I’ve spent a long time over the years trying to delete corrupted files; now I want to spend just as much time inserting them into my present as core parts of my past projected into my future. Because “day unto day takes up the story” doesn’t just apply to the heavens and the firmament—it applies to me.

February 15, 2020
The Prophet Isaiah Goes to the National Prayer Breakfast
Next Post