An evangelical Christian and an atheist got into an argument recently on this blog’s Facebook page that, before long, was about as civil and intelligent as your typical argument between a Trump-loving conservative and a progressive liberal. I appreciated that at least they directed their ire at each other instead of at me.

I have been a person of faith, sometimes reluctantly, for my whole life—the very existence of this blog is due to my continuing commitment to grappling with issues of faith in writing. Yet I have always been fascinated by atheism. Ten years ago, my second blog post used Simone Weil’s comment that “Atheism is a purification” as a jumping off point, imagining how a season of atheism might be a healthy exercise for a person of faith. 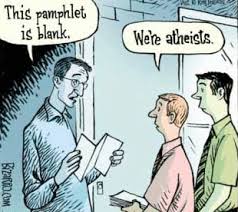 Several years ago, when I was chair of our philosophy department, I was responsible for the two-semester capstone seminar required of all our senior majors. Each year during the summer I would send the rising senior majors a list of three or four possible topics to spend the fall semester working on—one year they chose “Philosophy of Religion,” not surprising since half of the eighteen seniors were Catholic seminarians (required by the diocese to major in philosophy in their undergraduate years).

Some of the seniors, particularly the seminarians, were probably surprised to see texts from avowed atheists such as Sigmund Freud, Daniel Dennett, and Richard Dawkins on the semester syllabus, but as a new professor in the theology department commented at the time, such works are “good for them” (the seminarians) to grapple with. Atheists, after all, struggle with the same issues as theists—they just do it a bit differently.

A recent episode of “On Being” with Krista Tippett on our local NPR station was an hour-long discussion of these very issues. The show was a repeat of a 2012 interview with Alain de Botton. De Botton is trained as a philosopher, but is best known as a sort of Renaissance man whose popular books include The Consolations of Philosophy, How Proust Can Change Your Life, and Religion for Atheists. I knew I was going to enjoy the interview when it began with the following from de Botton: The most boring and unproductive question one can ask of any religion is whether it is true.

De Botton was raised in “a devoutly atheist family,” a Jewish family fully aware of the enormous suffering Jews had suffered historically and particularly in the twentieth century, often in the name of religion. De Botton experienced in early adulthood what he describes as a “crisis of faithlessness,” during which he learned that there were a number of things tangentially associated with religion, including music, art, architecture, and moral guidance, that he found “incredibly interesting, fascinating, beautiful, [and] inspiring.” What’s an atheist to do?

De Botton’s story is a familiar one, regardless of one’s beliefs concerning God. While stories of people who were raised in a religious household and became atheists as adults, as well as of people raised as atheists who became religious believers as adults, are out there, the more common story is of those who are so shaped by their early years that they find it impossible, in spite of good reasons to do so, to radically change that framework as adults. De Botton occasionally implies that he wishes he could become a theist—but if there is something like a “religious gene,” he is lacking it. Knowing that the foundation of religious belief for many people is a feeling or experience, he notes that

I’ve not had this feeling . . . all I can report is that many of these bits of religion do impact me greatly. If I was different, I would be a believer, is all I can say. I can only speak from a non-believing position . . . I really don’t feel a belief in a divine being is something that rings bells with me. I’m happy to be in the atheist box, but it’s a much broader box than we might have allowed for.

The power of how one is raised cannot be overestimated. De Botton has no more natural access to what it is like to be a person of faith than I, raised in an all-encompassing religious atmosphere, can pretend to know what it would be like to frame important issues as an atheist would.

And yet, de Botton continues, atheists and persons of faith have much in common. Neither atheists nor theists are necessarily happy to hear this—each side is taught that the other is the enemy, a phenomenon encouraged by popular writers from the atheist camp such as Daniel Dennett, Richard Dawkins, and Sam Harris. De Botton reports that he is occasionally accused in emails or print of having “betrayed atheism,” professing that “I didn’t know that’s what atheism was supposed to be about, being mean to religion . . . I think there’s an image of the fierce atheist who has faith in science and ridicules all religious moments and religious impulses. I couldn’t be further from that point of view.” Instead, he argues, religion has offered and continues to offer too much of importance to be rejected out of hand even if one is an atheist.

An awful lot that seems to us intrinsically religious is not; it’s part of the treasury of mankind. These religions at their highest points, at their most complex and subtle moments are far too interesting to be abandoned merely to those who believe in them . . . I think a lot of what’s attractive in religion is that it puts us in a wider perspective both in time and in place because most of our lives are lived right up against the present moment . . . And suddenly, that brings a kind of calm to our inner lives because it’s nice to made to feel small against the backdrop of a vast universe.

Even if one sets arguments about the existence and nature of God as well as speculation about what happens after we die aside, religion has much to offer to the most secular person. “Religion is this long tradition of deep thinking and wrestling with the complexity of the human condition as much as about the nature of God.” How then should we live? is a human question, not a religious question. We do not come into the world knowing how to navigate the minefield of human existence—de Botton is more than happy to poach on the ideas offered by religion, just as religions have “hoovered up” the best that the secular world has to offer since the beginning.

De Botton’s “School of Life,” now situated in many cities across the globe, “picks up on the idea that we need guidance, that learning how to live is not something we just do spontaneously.” At this thoroughly secular school one will hear sermons, experience what feels all the world like liturgy, and even perhaps sing some hymns, all intended to be in service to human needs that are far deeper than what religion  one belongs to (if any).  As Krista Tippett says in the interview, “What I see you doing is carving out what has been traditionally, religiously called ‘sacred space’ in secular culture.”

Toward the end of the interview, Tippett also comments that “I do feel that another religious and particularly Christian impulse that you are taking up as an atheist is that of being evangelical, which is about spreading the good news that you’ve discovered.” The good news is that “there’s so much more in common between believers and nonbelievers than we’re sometimes encouraged to think. At the very last moment under the stars we may differ about what’s going on, but we can still have a very nice time together for a long, long part of this journey.”

Just as many other supposedly incompatible binaries—Republican/Democrat, conservative/liberal, and more—atheists and religious folks need not be at permanent odds with each other. Each of us is human, sharing the same needs, hopes, and dreams that all human beings possess, no matter how we package them. 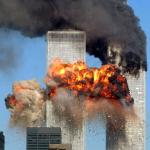 September 10, 2022
Remembering 9/11 and Becoming a Better Person
Next Post 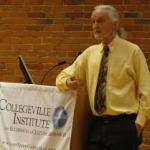