When Should a Scandal-Plagued Politician Just Go Away?

This week, I’m wrangling with honor, shame, and the idea of “second chances” in light of the (most recent) Weiner scandal:

By now, America has rejected Anthony Weiner with as much passion and unanimity as it rejected New Coke and the final episode of Seinfeld. After giving him a second chance, our forgiveness resulted in even more predatory sexual behaviors, exposing our children to blurred photos of his nether regions on television, and more genitalia puns in one week than in the average four years of high school. Suddenly, everyone agrees it’s time for “Carlos Danger” to simply go away. And, if recent New York polls are any indication, America might just get its wish.

But Carlos is an easy call. What about other politicians? When should scandals end political careers, even when they’re really, really sorry?

Obviously, there’s Democrat Eliot Spitzer who resigned from his position as governor of New York in 2008 because of a prostitution scandal, but is currently running for comptroller.

Then, there’s the Democratic San Diego Mayor Bob Filner, whom seven women have publicly accused of unwanted sexual advances like groping. On Friday, he told his constituents “the behavior I have engaged in over many years is wrong … the intimidating conduct I engaged in at times is inexcusable.” Yet, instead of resigning, he’s entering two weeks of “intensive therapy.”

For example, did you know Tennessee’s 4th Congressional district is being led by a self-described pro-life Congressman Scott DesJarlais who encouraged his mistress to have an abortion and supported his former wife’s decision to have two abortions?

And what about Newt Gingrich, Mark Sanford, and others who have tarnished our “family values” brand in their own unique ways?

Sadly, I think we’ll get a lot of use out it. 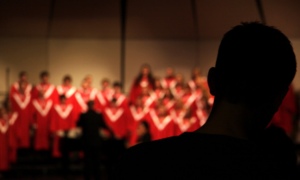 July 30, 2013 Mainline Church Abandons "In Christ Alone" Hymn
Recent Comments
0 | Leave a Comment
"and what makes this even better is that the two girls are sisters http://www.huffingtonpost.c..."
d Black activists cried "racism" over this ..."
"It's heart wrenching to hear about this. Our country is getting more vile and depraved ..."
BlackSun Syndicate Target proudly welcomes men to use ..."
"a wolf dressed as a sheep is still a wolf - if u have a ..."
Aussie In Austin Target proudly welcomes men to use ..."
"I am picturing a little turd in pajamas sipping coffee."
Cantbelieveyouthinkthis Los Angeles Craigslist ad somehow captures ..."
Browse Our Archives
Related posts from The French Revolution

Politics Red
Are Affairs and "Skeletons in the Closet" Responsible...
The French Revolution

Politics Red
'Carlos Danger' and the High Cost of Cheap...
The French Revolution 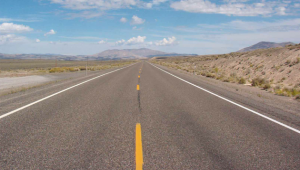