I believe in you. I believe in every reader. My faith that my words do wonders for people I will never touch carries me to continue.

I believe in my grove. I believe in every member. My faith that my works do wonders for them carries me to continue.

It takes a lot to start a pagan group. And it is not for the faint of heart. It takes strength commitment, and sometimes a level of madness.

But what remains is this: It is your responsibility. If you can bring people together for good, you ought to. If you have decent people skills, insight into people’s hearts, good vision, I’m talking to you.

If you also have good problem solving ability, and an appreciation for tribal wisdom, plus a thirst for tribe or a trusted support system even as an introverted or extroverted person, you can and should build a community.

You should because it is the right thing to do. I established a contrast which came from the best recons I know of and several indigenous people locally. I took their words and put emphasis on things that apply to paganism. It is incomplete. I didn’t do a good job with it, because a book can be produced on the topic, but that’s not my path to write that book. Its best written by someone born today near or with indigenous people who grow up in a neopagan household and sees clearly both worlds. It will be one who can learn and articulate what is needed out of the topic. But lo, that is not me. What is important is that I chose to take an indigenous path myself, ask people what their experience is, rather than doing the colonial hattric, doubt-imagine-dictate what your experience is without asking you.

I am just a very successful organizer of a local tribe called HearthStone Grove in ADF. This is my third attempt at grove organizing. Attempt is a bad word though the prior two are certainly gone to history, leaving seeds that might grow. But the second grove I was a part of in Houston, Protogrove of the Live Oaks, survived my organizing it and lasted several years. Now I have hope Nine Waves, an Anglo-saxon grove in ADF will be the lighthouse for Indo-European paganism/reconstructionism and for ADF in that area.

How I run my Group Differently Than My Previous Groups

Number one is consistent liturgy. You can vary your liturgy for times of year, purpose, rites of passage, among other things. But varying the poetic and metrical structure of each ritual is not the same thing as building a culture. Likewise, when you do a different rite this Lúnasa that the last one, you’re not building a group culture.

The most successful groups i’ve seen in my community and in others have a consistent culture they create and then practice. This culture is made living by natural unintentional mutation, not an artificed one.

We don’t all call ourselves druids. It, after all doesn’t fit on all these people. Most of the two types of members in our groups just want someone to open the ways to the otherworld, summon the ancestors while building energy, so they can pour their own offerings.

So in every ritual with 50 or less people, we do not forsake individualized personal offerings, it is why people are there, it is why people come back. In a group setting, led by powerful performers, the feelings and thoughts of the participants while they make their personal offerings are pushed to new heights sure, but its still about the still quiet space of their personal reciprocity with the cosmos during the tribal rite. 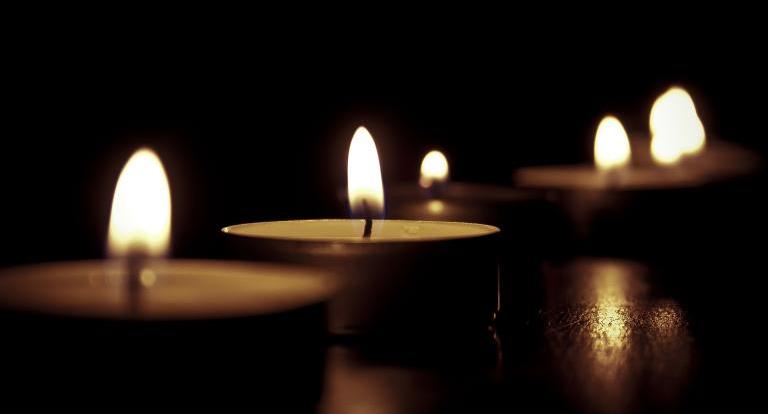 Our last ritual had 30 people if you include the squirrel who saw us pouring things on the ground and now waits for us at the dark moon. The Squirrel climbs down from a tall tree and has run by ritual before. Once, it threw a fungus ball down on one of our members who had given it offering while it was in the tree.

Our people come from a 100 mile radius from austin, and regularly do so because they get a consistently powerful and well executed ritual, that they help create.

Our proto-Chief, makes the main offering not the druid or proto-druid(clergy postulant). The Druid is there to make sure things are done according to tribal customs, culture, and does the right rituals at the right times. If that druid has hung from the birch, and drank the friend of birch, and had the mystery revelations like the Finian Warrior Mystics and the Filí, then they are better attuned for the task.

But the Druid navigates the otherworlds, pinches them close though the otherworldly mists, calls the gods, spirits, and ancestors to our tribal fire for a session of hospitality.

HearthStone Grove, ADF, otherwise known as An Doire leac an Teallaigh, the Oak Grove of the Stone of the Hearth.

We are founded on bringing the magic of home’s round fire, to the public square fire of Indo-European lore.

Our tribe includes pagan laity, pagan witches, pagan warriors, and pagan druids(clergy and those skilled in clerical ability, whatever is required of the tribe).

We have a sovereign, soon to be chief, from the class of people considering themselves fighters for the good of the tribe, and she is a woman and part of the LGBTQIA+ community.

But together, we are all a tribe of heart kin. We choose each other and kin of the mind is stronger than kin of blood. And we are a real family, we act like one, we deal with our conflicts like a functional family ought.

We put a two trial barrier to membership. The first ordeal consists of attending twelve rituals of our 21, Samhain must be attended as the only required high day. After you complete this trial, attending twice per quarter allows you to remain an active member. If people have illnesses or things that prevent this, we allow you to do homework that is very simple and tailored to your ability. Everyone has value to us, there isn’t a length we won’t go to to make those of similar minds one of ours if they wish it and keep a virtuous path that leads to tribal joy and merriment and not to discord.

The second trial consists of a 12 overnight hour fire vigil. They must kindle a fire, sit at it, maintain it from sundown to sunup. The most able people we take out into the woods with real danger, leave them and camp nearby. They can do whatever they want, but they can’t leave the space, and they can’t let the fire go out. The grove will collectively cover these resources for an indigent person, but most members who can, are expected to carry their own weight.

Upon sunrise, we give 12 horn blasts making a trinity of 12 months and a day, 12 hours of devotion, and 12 cries of the war horn, our ancestors have adopted this person.

This helps build healthy groups of stable people who can execute a consistent will. Friends of the grove who are physically and mentally capable of completing these trials, but can’t remain ‘friends of the grove’ simply because, they’ve only got a few lessons of management to learn before they are fit to exist in a tribe that is a hearth tribe, a family, a clan of diverse Texans from all backgrounds practicing a new Celtic Pagan culture reconstructed in the Indo-European tradition of ADF using CR methodology.

It is during these trials that over-enthusiasm dies and either is transformed into the conviction required, or you feel this isn’t right for you. Some people who don’t like the group culture, mostly mysoginists and bigots, go away during this time.

The net result of this is that we don’t give out votes to people who don’t pass the trials. Democratic power is rewarded only to those who participate.

We celebrate vulnerability, and the ability to talk about them and navigate them with equanimity as the defacto definition of strength. Mental strength is more fundamentally real in a tradition that teaches that the material world is an illusion separated from the rest of the cosmos by a membrane of otherworldly mists.

We discuss conflict resolution strategy enough that insecurities have given way to Will. Ego steps aside in our group easily. Humility wielding a weapon of critical thinking in its left hand reigns in our group. We prostrate ourselves toward the gods and the higher ideals. We Listen for the wisdom in the trickle of the stream, in the hubbub of the feast hall, in the whispers of the fídchell board.

And we execute everything with great conviction and strength as a big fuck you to those who’ve harmed us and battled against us. We exist in bliss while they may not. And that is the retribution of a member of a hospitality cult. We take joy in even offering hospitality to our own adversarial characters that enter the pagan community, overflowing with envy, thinking they’re smarter than the rest of us, yet they cannot see their own bullshit, which is an obvious smell of insecure envy. When they don’t refuse it, and become allies, the joy increases ninefold.

We are active in the pagan community. We’ve been on local news, UT students journalism projects, performed rites at pagan pride days, local festivals, concerts peoples homes if they request it. A member of a hospitality cult hardly ever refuses and invitation when the host understands the gift cycle. We help elders move, find people homes. Our grove has won awards for liturgy, interfaith words, and has been recognized by people around the globe. Our reach is worldwide because the pagan community is small and niche.

I probably could go on, but I’ll stop here, at the place where a hospitality cultist, caring for the experience of everyone involved in all the things we do is our highest ideal, an Ideal we believe is fundamentally driven by the inner indigenousness that made us seek our pre-christian practices to begin with. 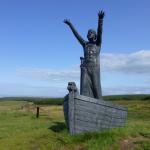 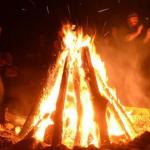 August 20, 2018 The Way Ancient Pagans Made Offerings
Recent Comments
0 | Leave a Comment
Browse Our Archives
get the latest from
From a Common Well
Sign up for our newsletter
POPULAR AT PATHEOS Pagan
1 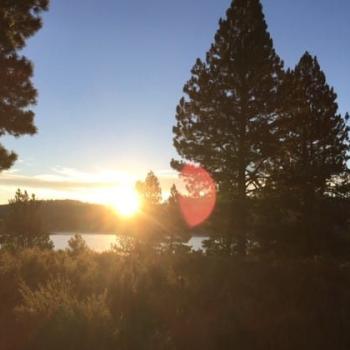 Pagan
Four Salutations of the Day, Reformed
From a Common Well 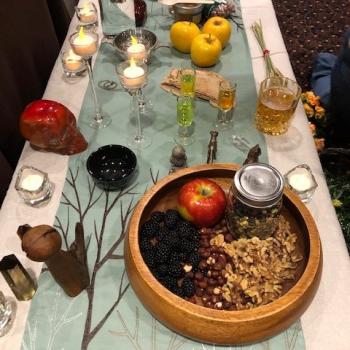 Pagan
Reflections of Paganicon
From a Common Well 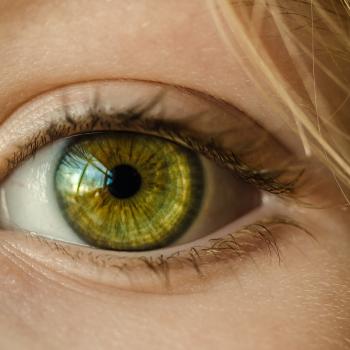 Pagan
Starting a Pagan Grove or Coven? You're Doomed...
From a Common Well