What is the Buffet?

The Buffet is a series of posts that is a smorgasbord of spells, prayers, charms, invocations, ogham draws, or other articles of personal practice. I aim to write a monthly buffet including these sorts of things each month. Not only am I a Druid, I identify as a celtic/irish style folk witch. 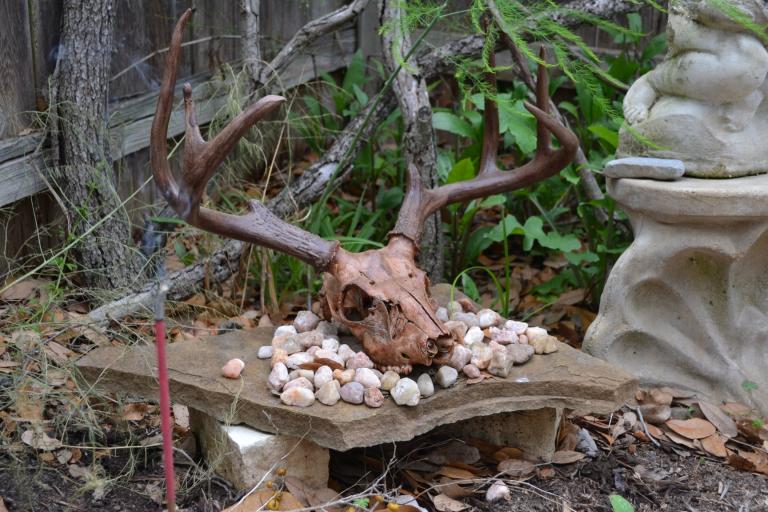 Find a heads up coin in public, put it in your right shoe saying this charm. Spin on that heel clockwise once afterward.

Luck in shoe,
Shoe on foot,
Foot of leg,
On which to stand.

Luckily wound,
Ground around,
Solid be its found.

Take a fallen branch which has a fork, take twine and bend the ends of the Y-branch together and bind them, either into the shape of a knot in a tree or a circle saying this charm.

I wind and bind with twine,
That which grows in time,
Growing together we find,
Together forever sublime.

Decorate it with colored and gold ribbons, put bells and shiny things on it.

Don’t do this spell if you’re allergic to any of the ingredients, ragweed, or if you are pregnant. Otherwise, you’ll be safe, but you’ll still be doing it at your own risk.

Saining of a person

Suffumigate the person being sained with juniper or pine-like herb bundle. We don’t use sage and we don’t call it smudging, but we are known to suffumigate homes and people. Burn the juniper saying this charm.

May divine fire be in your head,
Be the girdle of Brighid be about you,
Let the mantle of Brighid wrap you,
To shield you in the battle and combat of thine enemies.

If pursued, oh youth, from behind your back,
The power of the Tender be close to succor you,
East or west, west or east,
North or south, south or north. – CG Vol II, 137, Paganized by Chris Godwin 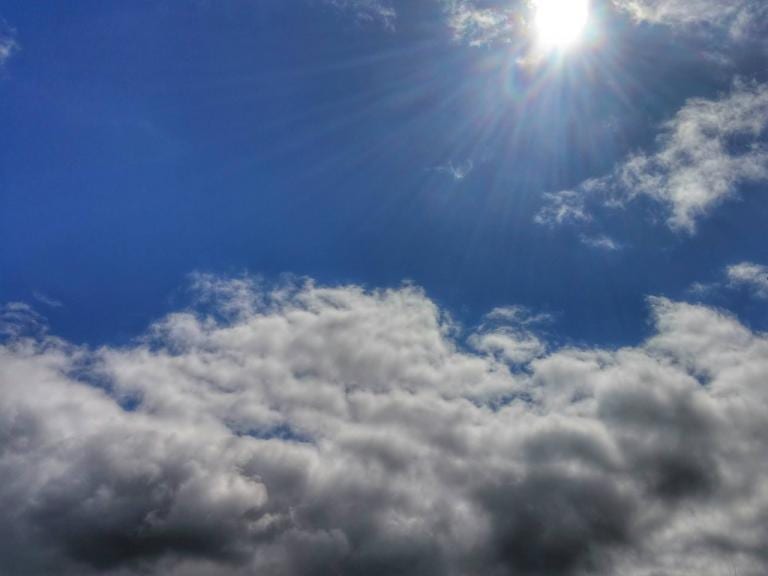 Why do we need to replace the paternoster? Isn’t it just importing Christianity to make a pagan version of the ‘lords prayer’? These are good questions and bear with me while I try to answer them.

In folk magic, paternosters serve a specific function. They act as a timer for herb extraction. Given they’re seen as numerologically holy, related to puzzles like letters of the sator square fitting into the greek cross with alpha and omega left over, we can assume their numerology is important. There is a severe lack of the number of Irish palindromes, both single words, and sentences. We can’t hope to achieve what latin folk magic has with Paternoster and the sator square, but we can replace the timer function of the Lord’s prayer. The few prayers below are designed to take the same amount of time as the Lord’s Prayer.

Light a candle for an hour before bedtime saying this charm. Go to sleep afterward and the ancestors will come to peek at you through the window.

Grand Mothers and Fathers,
Honored be the Dead,
I call upon you all,
As your noble kin,
Meet us at the window,
Join your magic with mine,
Bless us your ilk, your iarfine.
Grant me your wisdom so that I may see,
And bear the burdens of life,
Keep envy from me,
And give me your strength,
Now and always,
Bíodh sé amhlaidh! (prn) 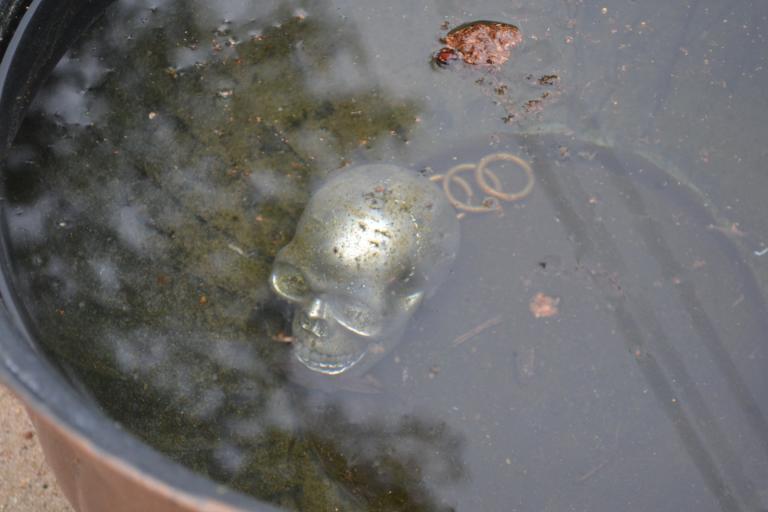 Prayer to the holy ones

Release the water’s gate,
Lift them open high,
Bounty flow abundantly,
And bless to me and mine.

Of Nechtan’s nectar, do we sup,
And round the well do wind,
Like the leftward moving bovine runs,
Keeping water’s secret in our mind.

Prayer to the house spirits

We are busy working,
And meeting our ends,
And to you, we pray,
Tiny little men.

Brownies of the house,
Accept you this grist,
Though you are hiding,
We know you exist.

Aid us our work,
Take in your fist,
Our hammers and tools,
We implore and insist.

“But wait!!! I thought Fairies don’t like to be offered to directly, seen, and we’re not supposed to make bargains with them.” Those are Christian views of the fairies. What has come down to us has been sufficiently Christianized. The Fairies make bargains fine with people whom they are on good terms with, which is as rare as a real magician. Someone who can see them and their world can interact with them. I’d also say the stories of fairies sufficiently conflict enough not to take them as gospel and instead see them like any other people, varied by temperament and region. I invite you to discover what a bargaining relationship with the goodly inclined of your local nature and otherworldly spirits might bring you.

Invocations are always given with a performative warm welcome, with confidence, and with an offering in hand when calling them.)

To the ancestors of bone, of blood, of heart, of stone, we offer you welcome.
We call and pray to you as our kin,
To join in our magics,
So meet us at the boundary,
And accept our offering. Glacaigí mo íobairt!(prn: GLAHcug EEmo EEbirtch, Accept my Offering!) 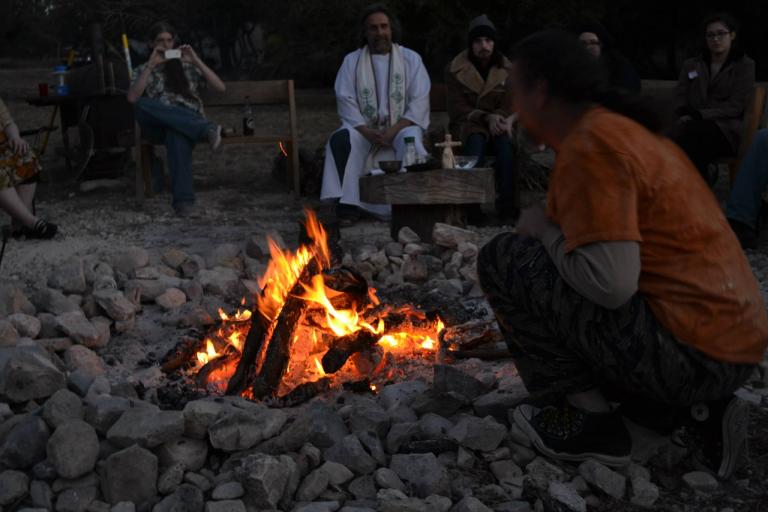 A Bhríde, mo Bandia! (prn: AH VREEJ, MOE WANjia!)
O Bríd, my goddess!
O Bonesetter,
O Ironsetter,
O Wordsetter,
Daughter of the Dagda,
Lady Landowner,
Hearthkeeper,
Fire-tender,
Midwife,
Sovereign,
Mourner,
We call and pray to you as our kin,
To join in our magics,
So meet us at the boundary,
And accept our offering. Glacaigí mo íobairt!(prn: GLAHcug EEmo EEbirtch, Accept my Offering!)

Choose an ogham few for yourself, underneath it place a stave for your nearest dead ancestor. Chose another stave for their nearest dead ancestor, and finally, choose the third stave for their nearest ancestor. Turn over the first few, or pick it up and read it. Letting your intuition run on the seeds of the kennings. This few represents something you want to know, the other three fews are answers provided by the wisdom of the closest part of your ancestral line.

Pull a few thinking of your relationship with the Seelie Sí, the good people. This few represents their view of your relationship with them. The worst ogham that portends ill omens, speak of the unkind sí folk the Slua Sí who hide in the dark and remain watchful. They cause sickness and death, possibly from the absorption of a person’s life force.

Draw of the Holy Ones

Draw six tiles. These are for messages from the households of the primary gods of the Gaelic family of gods, representing the Indo-European three functions, and their messages directly to you. The Gods are so great they rarely take notice in the affairs of a single human that isn’t an extreme devotee, priest, or gather of that deities worshipers to sacrifice to that god. However, the gods are accompanied by the ungods, their husbandmen, messengers, and those celestial demi-gods who’ve been entrusted with the operations of the gods. When we call the gods to our rites, these ‘daemons’ or ungods from their households will come to receive the offerings on behalf of their god.

The first few represent messages from Oghma, the Champion of the gods. Turn it over or pick it up and read it. Mythologically, the Ogham are his and his creation as the god of learning. The second few is draw from the earth gods. However you’ve put together your Gaelic polytheist worldview, you can view this as being from Danu, Anu, Erin, Banba, or Fotla, or Tailtiu. In my article about First Gods and Last Gods, I place Fír and Fial, Macha’s children, as the Sun Chariot drawing Asvins, and thus in the second position. Next, we draw a few from Lugh, the Hero of the gods who is also a Champion. He’s a hero because though he knows not to rock the boat when he sees injustice, he finds himself compelled to act. The fourth few we’ll draw is a message from Nuada Necht, Parallel to other IE gods of Justice and Wisdom, as one of the two Sovereigns of the cosmos. The other sovereign would be Dagda, the Sovereign who rules by Magic, who can wield as much power as all the other gods all by himself. Draw a few for the fire itself, the deliverer of sacrifice. I see this as Brighid, who tends the fire and becomes it. You alternatively can view the Druid’s Fire, as Dagda himself, with his daughter as tender. In this last case, this few will be a message from Her, Brighid. And finally, draw a few for your own tutelary gods if not mentioned here. If they have been mentioned already you can draw this few anyway, and view it as a message status on the relationship of your devotion/clientage with the gods.

This charm and mantra is designed to be said while emptying a bowl of butter on the hearth or the square public fire. Use ghee or cream if you prefer. This is a port of the agnihotra rite for Brighid.

Do Bhríd a ofrálaim an bronntanas seo. Ní liomsa é, is leatsa é.
Unto Brighid I am offering this gift. This is not mine, this is Thine. 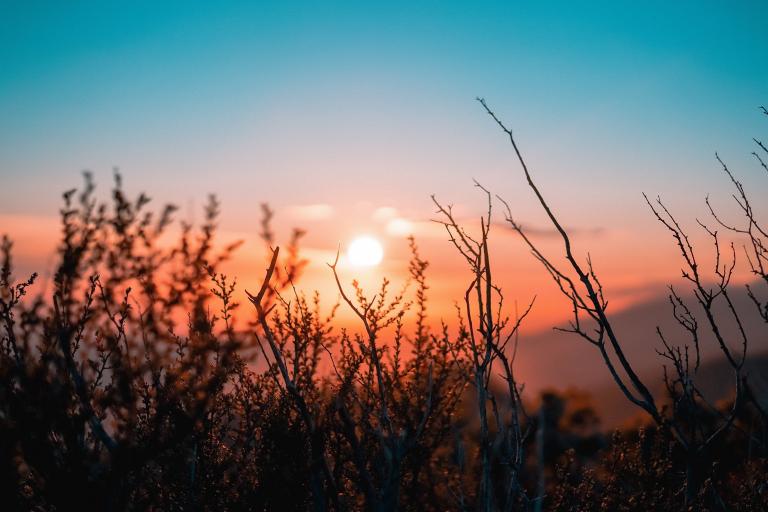 Here we use Aed instead of Tina for fire. Tine is the object of fire, Aed is the fire’s name and a name of the Dagda.

Do Aed a ofrálaim uile. Ní liomsa an bronntanas seo, is leatsa é.
Unto the Fire I am offering all. This gift is not mine it is Thine. 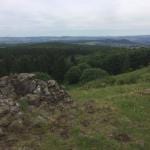 February 16, 2019
Building a Devotional Practice with the Sky
Next Post 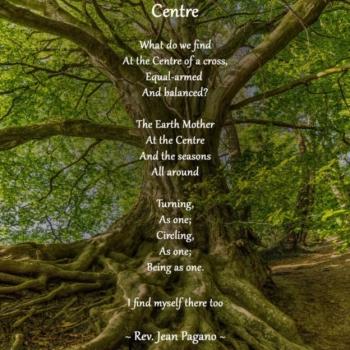 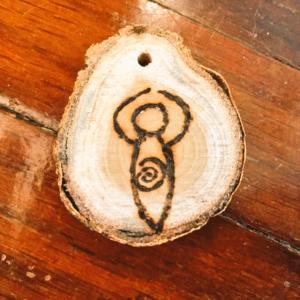 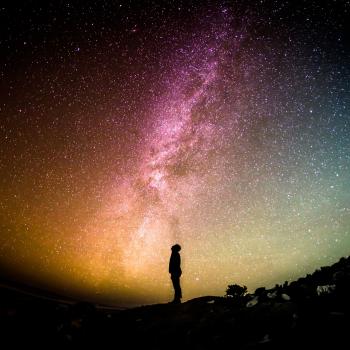 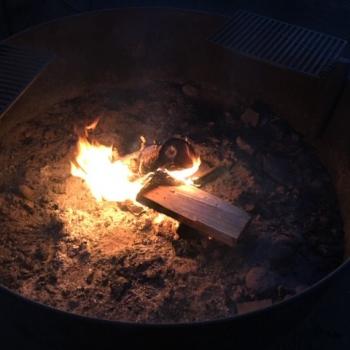