This is the third installment of a ten part series by Dr. Scott Sunquist on what trends in missiology we can expect in the coming years.

Since the death of Muhammad in 632 Christianity has decreased where Islam has increased. This exchange usually has occurred through the expansion of empires, but also through trade and jihads. Some conversions from Islam to Christianity have occurred, but usually these conversions were also related to the spread of empires and military conquest. Only in the last decades of the 20th century, for the first time in 1,350 years, have we seen movements of Muslims toward Jesus within Islam. These are not typical movements to Jesus that are initiated through missionary contact or even migration. Many of these movements start from a dream or a vision, sometimes from contact with the written or spoken Gospels. From Southeast Asia to West Africa these “insider movements” have been observed for three or more decades. What does this mean? Much has been written about this, but only recently has more systematic study been done.[1]

Insider movements, as a current Christian trend is controversial in the global church. Still, it is an observable and even measurable trend, not only in Islam, but also among Hindus, Buddhists and even Communists; following the Jesus of Scripture within their religious communities of origin. This trend needs more study and reflection for the coming decades. How can such movements be supported and encouraged by the global church? Are there ways that the western church has discouraged such movements in the past? What resources need to be developed for these movements, as well as for the global church to better connect these movements with the global church? History makes it very clear that any isolated or parochial church—such as a “church” of Muslims following Jesus in a specific village—tends toward heterodoxy through an overly contextualized theology. Future innovations in mission will require attention to various insider movements. 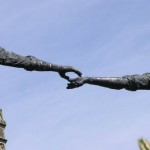