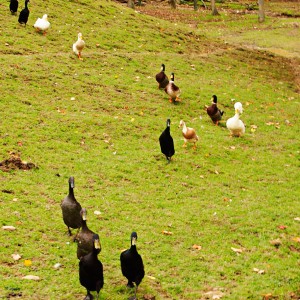 Almost nobody thinks that they themselves are personally prejudiced, even when they’re saying something blatantly racist. That’s how people can keep a straight face when they start a sentence with, “I’m not racist, but…” Or they have an acquaintance who hasn’t actually called them out so they can say, “Some of my best friends are…”

Since most racism is subtle, and most people aren’t actively discriminating against other races in their day-to-day lives (though people can live in race-bubbles where they don’t need to discriminate actively because everyone sorts themselves and makes it unnecessary), it’s important to understand when your own though process is veering in a prejudiced direction.

Suppose there’s a guy you can’t stand. He gets on your every last nerve. Even the sound of his voice is grating. When he walks into a room, you find a quick reason to exit.

If this guy is the same race as you, you might think, “I can’t stand that guy. What a complete jerk!”

If this guy is not the same race as you, a non-racist thought might be, “I can’t stand that guy. What a complete jerk!”

While a racist thought might be, “I can’t stand those guys. This is exactly what they’re like.”

This is my hypothesis: in any group, if your sample size is large enough, some of the people will be complete jerks. If you know one librarian who is in a bowling league, that person might be just as lovely as can be. But if you know 30 or 40 or 100 librarians who are also in bowling leagues, a few of them are bound to be complete jerks (or at least people you just can’t stand). The same would be true if the group was people who teach English as a second language or people who have adopted children from war-torn countries or people who volunteer at animal shelters.

It’s also important to note that there are people who like traits you can’t stand. In fact, you probably have some traits that other people can’t stand. For example, a quiet introvert might not appreciate someone they consider a big rude loud-mouth, while an exuberant extrovert might not appreciate someone they consider too stuck-up to talk.

When you don’t like someone, it’s because they have personality traits you consider obnoxious. While it’s true that groups sometimes encourage certain traits (for example, in the US, extroversion is favored over introversion, so you’ll hear, “Don’t be shy” a lot more often than you’ll hear, “Don’t be forward”), it’s also true that not everyone shares the traits encouraged by the groups they belong to. Which is to say: even if you think “those people” encourage the behaviors that bother you, you can be sure there are people in those groups who think those behaviors are just as obnoxious as you think they are.