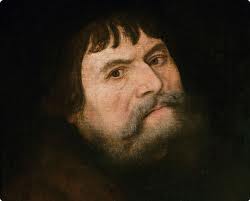 Lucas Cranach was the great artist of the Reformation.  He was a close friend of Martin Luther.  He was a businessman, who first printed Luther’s translation of the Bible; a politician, who served on the Wittenberg town council and served the city as its mayor; a chemist, who operated a pharmacy; a teacher, who trained a host of apprentice artists; a family-man, who helped arrange Luther’s marriage with the two men serving as the godfathers of each other’s children; and an active layman in his church, who gave his pastors important personal and material support.

As a Christian who lived out his faith in his many different callings, Cranach thus embodies the Reformation doctrine of vocation, using the gifts God had given him in service to Christ and his neighbor in the church, the family, the workplace, and the culture.

In the spirit of Lucas Cranach, this blog will discuss wide-ranging issues of Christianity and culture with a Lutheran twist.