First things first: I would like to stress that, while I am a member of an Orthodox Christian parish with historic ties to Arab Christianity, I do not speak Arabic.

That said, I would think that this language deficit would make me a highly unlikely candidate to cover a major news event in which the climactic moment was going to hinge on an announcement in Arabic. At the very least, I would think that — if given this assignment anyway — I would certainly want to have someone seated right next to me who is fluent in Arabic.

What am I talking about? Since there was no embed code for the following BBC report, GetReligion readers will need to click here in order to see the influential global network’s coverage of the rite used to select the new leader of Egypt’s Coptic pope. So click on over and watch that video before continuing with this post.

Meanwhile, here is the top of the BBC online text:

Bishop Tawadros has been chosen as the new pope of Egypt’s Coptic Christians, becoming leader of the largest Christian minority in the Middle East. His name was selected from a glass bowl by a blindfolded boy at a ceremony in Cairo’s St Mark’s Cathedral. Three candidates had been shortlisted.

The 60-year-old succeeds Pope Shenouda III, who died in March aged 88. He succeeds as attacks on Copts are on the increase, and many say they fear the country’s new Islamist leaders.

The other two candidates were Bishop Raphael and Father Raphael Ava Mina. They were chosen in a ballot by a council of some 2,400 Church and community officials in October. Their names were written on pieces of paper and put in crystal balls sealed with wax on the church altar.

Once the crystal ball had been selected and opened, a large scroll of paper was unrolled containing the name of the new pope — written in Arabic. The BBC announcer was placed in the awkward position, as the congregation applauded its approval, of not knowing who had been selected.

Did the executive producers expect the name to be written in English?

Clearly, the BBC crew was not having a good day. If you compare the BBC coverage with the Euronews clip attached to the top of this post, you will notice something else strange. Apparently, while Bishop Pachomius was showing the Arabic scroll to the congregation, a portrait of the monk selected — Bishop Tawadros — was shown on a large screen.

Either (a) the unlucky BBC announcer did not recognize the face of the winner or (b) the reporter was not on site for this event and the camera crew producing the live feed he was using framed their shot so narrowly, and held on to it, so that the large digital image of the new pope could not be seen. D’oh!

The story text is not bad, even if it is rather mildly worded. This passage struck me hard, as someone who has been following the plight of the Coptic believers for years.

The new pope has studied in Britain, and has also run a medicine factory, the BBC’s Jon Leyne in Cairo reports. He is a man of broad experience and with managerial skills, our correspondent says, adding that he will need all those talents to lead the Copts as they face an uncertain future in a country now debating the role of Islam following last year’s revolution. …

Coptic Christians have long complained of discrimination by the Egyptian state and the country’s Muslim majority. But when President Hosni Mubarak was ousted last year and succeeded by the Muslim Brotherhood, their fears grew.

In October 2011, 25 people died in clashes with the security forces after a protest march in Cairo over the burning of a church.

Suffice it to say, there is much, much more that could be added at that point in the story, in an age in which the Muslim Brotherhood is now considered the moderate party in Egyptian life. To dig into the background material, try clicking here or here.

November 5, 2012
The Hot Dog theory of history
Next Post 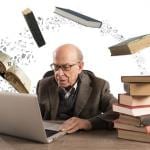