Stan Musial wore his faith on his sleeve

As “The Man” goes to his reward, a memorable Dolan quote on receiving the red hat: “The only Cardinal I ever wanted to be was Stan Musial.”

Of course, Musial was not just an amazing baseball player, admired by everyone. He wasn’t just a gentleman with major personal accomplishments, including a marriage that lasted more than 71 years. He was also a devout Catholic. I was curious how the media would handle that aspect of the story.

I’m one of those people who want to know about religious affiliation in every single obituary I read. It’s the thing I want to read first in an encyclopedia entry, too. It’s a very important piece of information for me. But because Musial’s Catholicism was such an important part of his life — from his regular worship to the charities he was involved with — it’s an important part of the picture even for more typical readers who, I assume, don’t quite share my level of interest in religious affiliation.

So it was odd, I thought, that the Associated Press managed a healthy 2,000-word obituary of Musial without mentioning his faith once. The New York Times obit was even longer, but it also neglected to mention this aspect of The Man.

The St. Louis Post-Dispatch didn’t devote too much space Musial’s faith, but neither did it neglect it. Here’s how it began:

It is unlikely a professional athlete ever has found it tougher to take off his uniform than Stan Musial. For the 22 years he played in the big leagues, from the time his mother manufactured baseballs for him out of old socks and tape, he loved nothing more than playing baseball.

“For Stan, it was a thrill to come to the ballpark every day,” former teammate Joe Cunningham said. “He loved the game, loved putting on the uniform.”

Yet, few athletes have segued into private life more seamlessly, and perhaps none has embellished his or her legacy more dynamically than Musial.

He has come to represent much more than baseball heritage for St. Louis. He has become a living monument, as identifiable with the city as the Gateway Arch, the Mississippi River or the Cardinals organization itself.

The integrity, humility and decency with which Musial has conducted his public life are virtues that family-friendly St. Louis promotes as its own. Musial doesn’t just represent the best the national pastime has to offer, he represents the best we hope to find in ourselves.

“One thing I have to say,” said Bill Virdon, whose arrival as a Rookie of the Year center fielder in 1955 moved Musial to first base. “He is one of the best people I’ve ever known. He is kind, generous … you could not meet a better person in this world than Stan Musial.”

Toward the end we’re told:

Over the past 40 years, Musial has been the patriarch of baseball in St. Louis, a beloved bridge to a more virtuous past, a standard by which St. Louis sports figures are measured.

Musial is not without faults. He was not a perfect gentleman, but he aspired to be. And he came as close as anyone might. Early in his career, he smoked cigarettes and the occasional cigar, but he would never be seen doing so publicly, especially by kids.

He remained a devout Catholic all his life, but never pushed his spirituality on others. He never crossed himself at home plate or pointed to the heavens after a hit. For all of his harmonica-playing frivolity and social accessibility, he was an intensely private man who held family dear and valued loyalty.

I have two thoughts on this. Equating the crossing of one’s self to “pushing” spirituality is questionable, of course. But I always wonder why we say that someone living his life as Musial did is practicing one’s faith privately. To me, it’s a very public display of one’s faith to remain married in a beautiful marriage for 72 years. It’s a public display of one’s faith to treat others with respect. And what could be more public than Musial’s regular attendance at Mass? There seems to be a bias in the media toward certain types of public displays but not others.

To my mind, Musial did wear his faith on his sleeve. And I mean that as a high compliment.

My other thought is that I’ve seen a trend toward ignoring religion in obituaries. I don’t care if someone is a devout Catholic such as Musial or a fervent atheist or mildly practicing Jew. Information about someone’s religious affiliation and practice (or lack thereof) is helpful information for those of us reading it in the present and those of us who read obituaries to learn about the past. We speak frequently about media ignorance or downplaying of religion and obituaries have become a ground zero of this problem. Let’s work to improve it.

Photo of Stan Musial stamp from the United Arab Emirates via Shutterstock.

January 20, 2013
Is 'Palestinian' a sufficient descriptor for Hamas?
Next Post 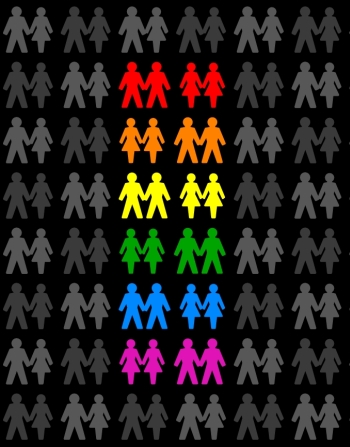 17 responses to “Stan Musial wore his faith on his sleeve”