I need some help, folks.

My goal is to find that classic Washington Post piece — on A1 or the Style front — about the whole Beltway-women cult that surrounded the “Twilight” series by Stephenie Meyer. The key to this feature was that it focused on how guilty these feminists and hard-charging professionals felt about their desire to read these books. They were hiding them from friends and family. Women could not believe that they were falling for these novels.

Why the guilt? As I remember it, the story argued that liberal women were afraid to be seen reading a book that baptized in old-fashioned Romantic virtues, especially the concept that a man could truly be faithful to one woman — forever. Yes, the story may have mentioned that Meyer is a Mormon and, thus, supposedly on the wrong side of the Sexual Revolution. What if her beliefs were dangerous?

I can’t seem to come up with the right set of search terms to find that story. If anyone manages to reel it in, please leave the link in the comments section.

UPDATE: Well, here it is, care of Naomi Kietzke Young. Here’s a sample from a source more specific than my memory:

This is a story about shame. All across the country, there were women who managed to avoid Stephenie Meyer’s series about a star-crossed human/vampire teen couple. … “Twilight” came for the tweens, then for the moms of tweens, then for the co-workers who started wearing those ridiculous Team Jacob shirts, and the resisters said nothing, because they thought “Twilight” could not come for them. They were too literary. They didn’t do vampires. They were feminists. …

Everyone is vulnerable. One minute you’re a functioning member of society, the next you’re succumbing to the dark side, wondering how deep you’re willing to go — and what that longing says about you.

Now, I bring this up because the Style team at the Post is back with another one of its wink-wink salutes to Meyer and to her tacky fans. This one is written as a series of 13 observations describing a typical book-signing event.

Light some candles and read on.

1. What must it feel like to be Stephenie Meyer? Today, people have driven multi-hour radii — Buffalo, Richmond — to be in her presence. They arrive at 8:45 p.m. the night before the Thursday book signing, and they sleep in pastel comforters outside Politics & Prose on Connecticut Avenue in order to ensure admission. What must it feel like to be on the sponge end of that much devotion? How many pounds of worship can one human body withstand before collapsing under the fervent, pawing weight?

And so forth and so on:

5. Her fans are so pure. When she walks in a room, the fans go — oh, you already know what they go. Everybody already knows what happens at a Stephenie Meyer appearance. The fans go “Eeee!” or “Squeee!” or “Bleeee!”; the fans burst into tears and explain their obsessive love for “Twilight.” Sometimes a journalist who brags that he’s too smart for “Twilight” (even though he’s never read it) parachutes in to write a scene story about these women, and they open up their hopeful hearts because maybe this time he won’t make them look crazy. He always makes them look crazy.

“I do a lot of deep breathing,” Meyer says. This is how she adjusts to the decibel level of a public appearance. She’s grown more used to it now. The public appearances used to make her nervous. She used to pep-talk herself: “I am going to live through this. Nobody is going to kill you today.”

6. Does she realize how polarizing she is? Does she realize that her fans’ love for her work is equally balanced out by — “This passionate hatred that it spawns?” she suggests, in the Georgetown hotel room. She laughs.

This whole hate thing — the “dismissive sneer” offered by critics — is approached at the level of her writing ability, not the content of her writing. But surely there is more to it than that. Right?

The key, for the elite, is that “her books cannot be taken seriously simply because people enjoy reading them too much.” The Style gods call this a “Madonna/Hack dichotomy” in which her fans truly “believe she can do no wrong,” while critics insist that “she can do no right.”

As I read this piece — riding home on my commuter train watching a Beltways woman sitting across the aisle read the same article — I wondered if the whole issue of Meyer’s controversial worldview was ever going to come into play. I mean, when would the Post team name the elephant in the bookstore coffee shop?

Further down in the list of observations, the hints grew more intense.

Ultimately, the key is that Meyer’s fans are just, so, loyal. But why?

The M-word finally shows up in the final paragraph:

This is how the future is going to look at Stephenie Meyer: as a spirit-guide travel agent. In the 1970s, people followed the Grateful Dead, and in the 1990s, they followed Phish, and in the 2010s, which we’ll be calling “the teens,” they formed communities by following around a Mormon mother of three, and by huddling in blankets in the cold.

So is the truly dangerous M-word “Mormon” or is it “mother”? What is this article trying to say?

It’s hard to tell. I do know one thing: It seems that Meyer truly gets to the Washington Post folks on a host of levels. This story is haunted by religion, but one also gets the impression — “bullied speech tags”? — that it’s haunted by politics, as well.

Come on people, ask Meyer the questions that are stuck between your ears. Maybe she will answer.

Confession: Yes, I read book one of “Twilight.” I found it rather hilarious, while I have a few friends (click here for the best example) who take quite seriously the contents of the books and the impact they have had on readers.

February 26, 2013
Catholic or catholic? Or, so that's what catholic means!
Next Post

February 26, 2013 In a twist, vague evangelicals all oppose immigration reform
Recent Comments
10 Comments | Leave a Comment
Browse Our Archives
get the latest from
Best of Patheos
Sign up for our newsletter
POPULAR AT PATHEOS Public Square
1

What's the link between Trump ally...
Religion Q & A
Related posts from GetReligion 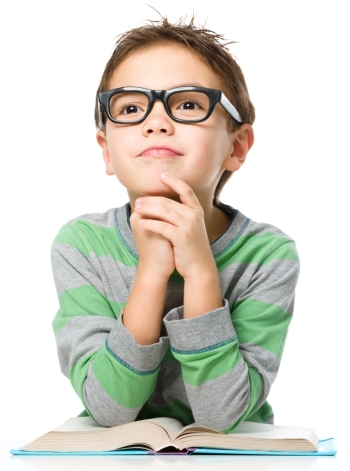 Public Square
The Mosul purge: How good is the media...
GetReligion
TRENDING AT PATHEOS Public Square

10 responses to “What, precisely, makes Stephenie Meyer so important? (updated)”