Jesus, the Mahdi and Hugo Chavez

Iranian President Mahmoud Ahmadinejad left Tehran today to attend Hugo Chavez’s funeral. But that’s not all — in his condolences for the former Venezuelan president, Ahmadinejad said he has “no doubt Chavez will return to Earth together with Jesus and the perfect” Imam Mahdi, the most revered figure of Shiite Muslims, according to AP. Ahmadinejad also said the three men will together “establish peace, justice and kindness” in the world, and that he is “suspicious” about the cause of Chavez’s cancer.

Hugo Chavez had a friend in Iranian President Mahmoud Ahmadinejad, who apparently held the Venezuelan leader in such high regard that he believes he will “return on resurrection day” with Jesus Christ and will “establish peace, justice, and kindness” on earth. After Chavez’s death on Tuesday afternoon, Ahmadinejad released a statement on Wednesday to announce a day of public mourning, according to Iran’s Raja News, Ahmadinejad’s official news agency. In his message, Ahmadinejad voiced skepticism over Chavez’s “suspicious” illness and proclaimed that the 58-year-old will resurrect with Jesus one day.

The tone of these stories suggests the Iranian president is a loon. Is that fair? I don’t know if President Ahmadinejad is a loon, but the statement on his website cited by these reports is not sufficient cause for making such a claim. Let’s look at the text and see what it actually says. The translation provided by the Mehr news agency states in part:

The language is flowery but not inconsistent with Muslim teachings on the end of time. Like Christians, Muslims believe that at the end of time Jesus will return, the dead shall be raised and the wicked and the righteous shall be judged, and will merit a place in Heaven or Hell. How this happens and the role played by Jesus are very different in the eschatology of Islam and Christianity — that is to say they are completely incompatible. Nor are Muslims in agreement on all aspects of eschatology, the final things.

Sunnis and Shiites have a different view on the role of the Mahdi, who will arrive before the return of Jesus.  The Shiites view this person as someone who will establish order in the world and convert people to Islam before the return of Jesus.  The timeline of  particular events of the end are not completely spelled out in the Koran. However among the articles of faith in Islam is a belief in the day of judgment, when the dead shall be raised and all will be judged according to their deeds. What President Ahmadinejad said was that he believed Hugo Chavez would be judged as being righteous upon his resurrection. For a Muslim the fact of Chavez’ resurrection — as is mine or yours — is not in doubt.

The Guardian reports that some clerics have taken exception to President Ahmadinejad’s comments but these objections are about the mixing of religion and politics — and his presumption to speak for God. Who is President Ahmadinejad to claim that Chavez will be accounted righteous?

While it is good fun to beat up President Ahmadinejad, a reporter must take care not to look like an idiot or a religious bigot when doing so. In this case both Posts failed to get the story because they don’t get religion. The could have saved themselves great embarrassment by asking an expert.

March 10, 2013
Some ghosts in a final funeral for Civil War veterans?
Next Post 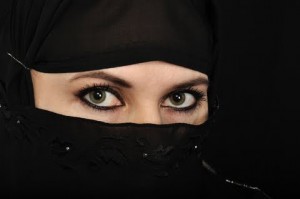 7 responses to “Jesus, the Mahdi and Hugo Chavez”