Muslim vs. Christian in the Central African Republic?

Muslim vs. Christian in the Central African Republic? February 11, 2014 geoconger

The pictures and reports out of Central African Republic are grim. The country is in the grips of a civil war that is pitting predominantly Muslim tribes against Christian and Animist tribes. The violence is especially fierce around the city of Bangui, the capital. The city is home to a Muslim minority of migrants from the East and North and neighboring Chad as well as soldiers of the Séléka militia of former President Michel Djotodia.

The carnage around Bangui has received great play in the French press — most likely because that is where the reporters are. Muslims have gathered at the city’s airport to seek protection from African Union and French troops, while in the city individual Muslims and Christians have been murdered by rival mobs. Le Monde and Le Figaro reported on one particularly gruesome incident, which both newspapers saw as emblematic of the country’s collapse into chaos.

The French newspapers have done a sterling job in reporting on this unfolding crisis. One of the ways their work has stood out is that they did not come to Bangui unencumbered with knowledge about the country’s past. A former French colony, the Central African Republic’s squalid history (remember Emperor Bokassa I?) is not new news. The French press has refrained from describing this as a religious civil war — but has treated the fighting as a tribal and political clash with religious overtones.

Yes, their is an al Qaeda angle, and the CAR is on the tenth parallel — the front line between Islam and Christianity in Africa. But the French press has not resorted to the easy answer of religious hatred driving this conflict.

So what’s been happening?

On Wednesday the country’s interim president, Catherine Samba-Panza, attended a military parade in the capital. A man watching the review was seized by some of the soldiers and accused of being a spy for the Séléka militia. In full view of Western reporters and some government ministers the man was beaten to death.

The scene lasted several minutes. Soldiers of the regular army, some in uniform, lynched a man they accused of being a former member of the Muslim Séléka militia, kicking him and beating him with bricks and iron bars. The assassination on Wednesday in broad daylight and in public  created a furor as well as great pleasure for the the crowd. < The sight of dismembered body created a party atmosphere.

The massacre of a man Wednesday in Bangui was not a simple killing in a city that has already experienced many more deaths. It is the symbol of a country that fails to calm his mind, to curb revenge. “This is a tragedy, a bad signal. I do not even understand how people can be so stupid and so mean,” said a distressed French officer.

The Washington Post‘s reporter in Bangui has also written of the fear gripping the city. In a story entitled “Tens of thousands of Muslims flee Christian militias in Central African Republic” published the day after the lynching, the Post offered vignettes that illustrated the dire situation facing Muslims in Bangui. These human interest angles made this piece stand out — and demonstrated the value of having a reporter on the spot. Well done.

But the article also illustrated the dilemma of reporters and editors covering a story from the ground but neglecting to offer context and history. The article begins:

Tens of thousands of Muslims are fleeing to neighboring countries by plane and truck as Christian militias stage brutal attacks, shattering the social fabric of this war-ravaged nation.

In towns and villages as well as here in the capital, Christian vigilantes wielding machetes have killed scores of Muslims, who are a minority here, and burned and looted their houses and mosques in recent days, according to witnesses, aid agencies and peacekeepers. Tens of thousands of Muslims have fled their homes.

The cycle of chaos is fast becoming one of the worst outbreaks of violence along Muslim-Christian fault lines in recent memory in sub-Saharan Africa, tensions that have also plagued countries such as Nigeria and Sudan.

The brutalities began to escalate when the country’s first Muslim leader, Michel Djotodia, stepped down and went into exile last month. Djotodia, who had seized power in a coup last March, had been under pressure from regional leaders to resign. His departure was meant to bring stability to this poor country, but humanitarian and human rights workers say there is more violence now than at any time since the coup.

The article does state the violence is not all on one side:

Christians have also been victims of violence, targeted by Muslims in this complex communal conflict that U.N. and humanitarian officials fear could implode into genocide. Several hundred thousand Christians remain in crowded, squalid camps, unable or too afraid to return home.

But attacks on Muslims in particular are intensifying, aid workers said.

To which I would write — “Yes, but … ” and point to the contrasting tone of the French stories.

The attacks on the Muslim minority are appalling, but there is no explanation from the Post as to why the attacks are taking place now — and why they are so vicious. The language used in this story — though understandable to American ears — does not paint a true picture of what is going on. It is tribe against tribe — tribes who happen to be predominantly Muslim or Christian or Animist — that is driving this.

The violence we are witnessing began not in the past few weeks but in December 2012 when a coalition of rebel groups from the eastern CAR called Séléka (primarily composed of Muslim ethnic Gula bolstered by Chadian and Sudanese volunteers) launched an assault on the government of President François Bozizé, an ethnic Gbaya.

This civil war has forced nearly one million people to flee their homes, a majority of them from the northwestern region of the CAR that borders Cameroon and Chad, with over 370,000 displaced persons now in Bangui Reuters reported last month. The U.N. reports approximately 2.2 million people, more than half of the country’s population, are in immediate need of humanitarian assistance

Following Séléka’s seizure of power in Bangui in April 2013, the organization’s leader, Michel Djotodia, was elected as interim president. Séléka, although officially disbanded by Djotodia, was accused by Human Rights Watch and several other NGOs of engaging in a regime of terror against their opponents, systematically killing, raping, torturing Gbayas (who are mostly Christian).

In response to Bozize’s ouster and the violence that followed, President Bozize organized an anti-Séléka village based militia called the anti-Balaka that are concentrated in Bangui and in the northwest, Liberation reports. Agenzia Fides reported on January 27 there were significant numbers of non-Christians, followers of animist and indigenous African religions, among the  anti-balaka militias.

… not all members of Séléka are Muslims and above all the majority of the anti Balaka militia are not Christians. These militias existed before the seizure of power of the coalition Seleka in March 2013. According to a survey published by the newspaper Ouest France, which interviewed a member of the anti Balaka, self-defense groups were created in the north of the Country at the instigation of former President Bozizé (overthrown in March 2013) to protect the people from bandits raging in the region.

“Before the anti Balaka fought street bandits because the police and the army were incapable of fighting them”, explains Fr. Jean Marius Toussaint Zoumalde, a Capuchin of the convent in Saint-Laurent in Bouar (north-west). According to the Capuchin most of the members of these militias “are animists, not Christians. Their marabouts give them amulets (gri -gris) to protect them from bullets. They are young people who for years have protected their villages and their territories”.

The anti Balaka are present in all communities whether they are animists, Christians or Muslims. But most of them are animists.

Why this excursion into CAR politics? Because the Post is not telling the full story about the war in the CAR. While American ears can hear Muslim v Christian and comprehend their meanings — I would expect most would tune out if presented with a story about the Séléka and the anti-Balaka militias.

The writers at Get Religion seek to raise omitted or distorted religion angles in news stories. That does not mean we see religion as the key issue in every story. Religion is one of many factors in human experience. The Post has, in my opinion, put too much emphasis on faith at the expense of other issues missing the nuance of the interplay between faith and politics.

February 10, 2014
Why the slide in the influence of America's churches?
Next Post

February 11, 2014 United Methodists fighting over gay marriage -- period?
Recent Comments
9 Comments | Leave a Comment
Browse Our Archives
get the latest from
Best of Patheos
Sign up for our newsletter
POPULAR AT PATHEOS Public Square
1

Whatever happened to U.S. "Mainline" Protestantism?
Religion Q & A
4 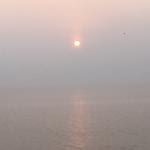 The Red Sky on 9/11
In late August, I drove from Seattle, Washington to Portland, Maine... 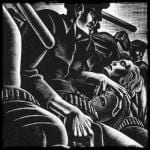 The Republican Senate's Thousand-Year Reich
But the federal courts have always been the big play for Republicans,...

Appealing to evangelicals, Trump uses religious words and...
Trump uses more religious terms in his set-piece addresses than any other...
view all Public Square blogs
What Are Your Thoughts?leave a comment

9 responses to “Muslim vs. Christian in the Central African Republic?”