Arizona Republic gets lots of the Latin Mass details right

It’s time for a simple test. Yes, this does involve some Latin.

True or false. The following quotation is taken from the Communion passages in the Latin Mass.

Yes, this is a bit of a trick question.

Actually, this is a short quotation from the modern Novus Ordo Missae, but drawn from the official foundation text — which is in Latin. Of course, millions of Catholics know this rite through its many official translations, from the Latin, into the languages common in their pews. There are parishes that, with the permission of their local bishops, perform this rite in Latin.

Thus, this quotation is taken from a Latin Mass. But it is not taken from the rite that is commonly known, for millions of older Catholics, as “The Latin Mass.”

Why do I bring this up? For this simple reason: The staff at The Arizona Republic recently waded deep into the details of Catholic liturgy in a lengthy feature story written as part of its coverage of the recent murder of a young priest named Father Kenneth Walker and the savage beating of another priest at the same parish, Father Joseph Terra.

Both were members of the Priestly Fraternity of St. Peter, which, as the story explains, is dedicated to Catholic life and worship as expressed in the traditional Tridentine Mass. Here is some background from this long and very detailed story:

In 1988, about a quarter of a century after Vatican II was formed, the new pope, John Paul II, at the urging of conservative Cardinal John Ratzinger, who would later succeed John Paul as Pope Benedict XVI, allowed a limited return to the Tridentine Mass, but only with a bishop’s approval.

(In 2007, Pope Benedict issued what amounted to an executive order allowing any priest to celebrate the Tridentine Mass in any parish.)

Pope John Paul also approved the creation of a new priesthood order, the Priestly Fraternity of St. Peter, named for the Apostle Peter, who is considered the first pope of the Roman Catholic Church. Unlike other priestly orders, this one would be dedicated to maintaining the tradition of the Latin Mass.

So what is the problem in this story, which, frankly, is way better than the norm? From my perspective there are two issues.

First of all, while the historical details in the story are good, the Republic keeps switching back and forth between calling this rite the Latin Mass, when there are actually several Masses in Latin, and calling it the Tridentine Mass, which is much more specific. Trust me, I know that it is hard to get these details precisely right (I am sure that in this post I will use language that is not accurate enough for insiders), but it is important to be as precise as possible.

Consider the details in this passage. This is long, but crucial.

(The two priests) had not worked together for long, but they were unified in their devotion to the oldest traditions of the church.

As members of the Priestly Fraternity of St. Peter, both men embraced what they saw as the purest way to express the sacraments, in the language of the early church, Latin, and performed with the priest facing the altar, not the congregants — his only job being to glorify God.

The liturgy the two men celebrated is five centuries old. In the face of the Protestant Reformation in the 16th century, the church codified the liturgy during the Council of Trent. It became known as the Tridentine Mass, after the Latin name for the Italian city.

The Mass was unchanged for 400 more years, until half a century ago, when Pope John XXIII and his successor, Pope Paul VI, literally turned the liturgy around. No longer was the priest to face away from the congregation. Instead,
he would face the people and speak not in Latin, but in their own tongue.

You can see the timeline issue, right?

Is the Tridentine Mass the “oldest” rite or tradition of the church? Actually, from the point of view of the Eastern Rites, the Tridentine Mass is rather modern — as the story then turns around and notes a few lines later, with the reference to this liturgical text being “five centuries old.”

My point here is not to criticize those loyal to the Tridentine rite. I am simply noting that it is not the Latin Mass, singular, nor is it the oldest rite in the rich liturgical traditions of the Church of Rome.

Here is my second point. It is also important to note that this rite does not define, as the Republic team suggests, what is “orthodox” (a doctrinal term) Catholicism, as opposed perhaps to “traditionalist” liturgical practice of a particular era, as favored by many Catholics. As in:

Terra would also add orthodox touches to the ordinary Mass, covering the chalice with a veil, for instance. … Terra was soon transferred about 45 minutes east to Angels Camp, Calif. … (It) might have had to do with Terra’s orthodoxy, including his wearing of the cassock, a traditional priest’s robe, and miter, a ceremonial hat, around town.

Actually, bishops wear a mitre. This traditionalist priest was probably wearing a biretta.

So “orthodox” is not the right word for some of these liturgical issues, even though the story is hinting — perhaps accurately — that there were actual doctrinal tensions related to the work of these priests in this particular diocese. Again, this is very detailed and picky material.

In the end, this is a very unusually detailed story about a highly poignant topic and most of the details are right.

However, the story does suggest, in some ways, that these priests and those loyal to them are like aliens who have come from another planet and landed on the fringe of modern Vatican II Catholicism. Traditions that for millions in the past and present have been taken as normative — priests facing East, along with their congregations — are described in highly exotic terms that make the whole matter sound rather bizarre. That is rather strange, from my point of view (as an Eastern Orthodox layman).

But so be it. Millions of Catholics, and lots of journalists, do consider religious traditions strange and exotic. This story leans that direction from time to time, but is far better than the norm. 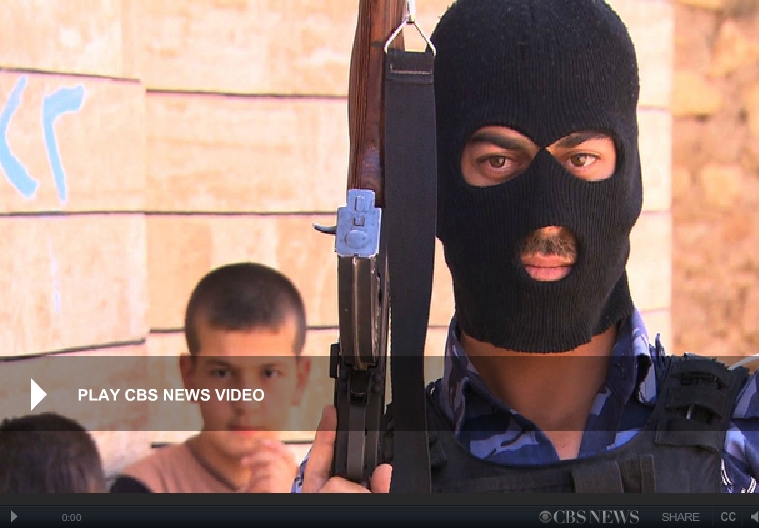 June 18, 2014 Christians attacked in Iraq: Media finally paying attention
Recent Comments
12 Comments | Leave a Comment
Browse Our Archives
get the latest from
Best of Patheos
Sign up for our newsletter
POPULAR AT PATHEOS Public Square
1

Is Your Society Good for (Biological)...
Science On Religion
Related posts from GetReligion

The Voice of Scientific Authority Is Aghast…and Clueless
It took four days after the 2020 U.S. presidential election for the...
view all Public Square blogs
What Are Your Thoughts?leave a comment