He’d like to know what The Religion Guy was talking about in this from “Religion Q and A” on June 8: “When atheists seized governments in the 20th Century they fused their belief in unbelief with state power and enforced it with a cruel vengeance unmatched by the worst cross-and-crown tyrannies during Christendom’s bygone centuries.”

The Guy was thinking of hard facts about Communists holding political power. To explain the comment (which compared Communism with Christianity, not Islam) let’s first consider the most famous cruelties centuries ago when Christians dominated politics (events today’s churches would rather forget).

* The Crusades. Starting in the 11th Century, European Christian forces fought Islamic invaders over control of the Holy Land. The two religions suffered some 3 million deaths, according to necrometrics.com, where librarian Matthew White compiles estimates on history’s death tolls.

* The Spanish Inquisition. Historian R.J. Rummel figures from the 15th Century onward Christians executed 10,000 heretics, though many times that number died from abuse or disease while in prison.

*The anti-witch hysteria. In the 16th and 17th Centuries Germany executed 26,000 supposed witches, plus some 11,000 elsewhere in Europe, according to a University of Missouri – Kansas City scholar.

*The Thirty Years’ War. With this 17th Century European catastrophe, population estimates are sketchy but many millions died from battle or disease. As with many long-ago wars this one mingled national with religious rivalries, in this case Protestant vs. Catholic.

Plenty to repent of there. And we’d add millions more from the Holocaust and other Nazi atrocities if Hitler’s regime acted out of Christian belief.

The tyrant himself was baptized as an infant and thus a Catholic on paper. However, the adult Hitler was a cynic who manipulated churches for political advantage and privately held Christianity in utter contempt as weak and devoted to Scriptures of the Jews he despised. Hitler and his henchmen don’t count as atheists either, since they felt nationalistic nostalgia for pre-Christianpaganism. Admittedly, all too many German Christians tolerated or favored Nazi anti-Semitism.

Then for comparison, here’s the track record for some atheistic regimes on what White calls ”unjust, unnecessary, or unnatural” deaths:

*Pol Pot’s Khmer Rouge. This Cambodian cabal is probably tops for atrocity. During a mere four years, 19 percent or more of the national population was killed off — the equivalent of 60 million Americans dying during one presidential term.

*North Korea’s Kim dynasty. This creepy Communist variant has slaughtered victims over a vastly longer timespan, and is so secretive we may never know how many millions have died.

*Mao’s China. The necrometrics.com median is 40 million deaths through such Soviet tactics, though some say up to 72 million. Journalist David Aikman notes this included a death rate of 30 percent among the 50 million Chinese in forced labor camps.

Add in other Communist countries and atheistic rulers bear responsibility before man or God for something like 100 million deaths. This during mere decades, not the many centuries it took Christendom to dispatch mere millions. Though arithmetic backs The Guy’s claim, a comment on the June 8 item said Stalin and Mao piled up so many corpses because their populations were huge and modern technology facilitated mass murder. The same comment objected that “not all atheists are Communist.”

Indeed. The Guy didn’t mean atheists as such favor massacres. Rather, the point is that modern atheists with sweeping powers commit atrocities just like the Christians of old. Moreover, the wantonness of Communism’s unique degree of slaughter and its sinister absolutism far surpass Christendom’s worst. Were power-hungry atheists influenced by rejection of moral absolutes and of the belief that each human soul is God’s sacred creation? Is there one atheistic regime that merits pride? You be the judge.

Duane further asks whether atheistic organizations apologize for past horrors of atheistic rulers the way Christians do.

A good place to look is the Web site of the Secular Coalition for America, the public lobby representing 16 main groups of atheists, humanists, secularists, and freethinkers. There The Guy found only one relevant analysis, by Greg Paul of the Global Secular Institute. Instead of apologizing, he defends atheism by saying Communist massacres are old news and draws no moral lessons from them. He says nowadays Communists merely kill by “the thousands” (??) while conflicts “with a religious component” kill “millions” (??), presumably referring to Muslim-inspired violence that The Guy has discussed previously.

Another indicative source is popular books promoting atheism by Secular Coalition advisors Richard Dawkins, Daniel Dennett and Sam Harris. Dawkins’ “The God Delusion” and Dennett’s “Breaking the Spell” see no need to apologize because they’re oblivious to Communism’s moral problems. Harris’ “The End of Faith” does address this, using the gambit that Communism is “little more than a political religion” so religion becomes guilty even of crimes by mortal enemies of religion. No apology there.

Incidentally, necrometrics.com analyzes whether Hitler, Mao, or Stalin was history’s bloodiest dictator, and lists 29 other 20th Century mass murderers, a few of them nominally Christian, at: www.necrometrics.com/tyrants.htm 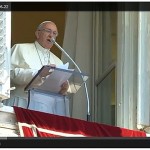 June 24, 2014 Torture lost to Mafia coverage, at least in news on pope talks
Browse Our Archives
Related posts from GetReligion