[Dietrich Bonhoeffer] was a hero and martyr for the faith, but is it possible evangelical Christians in America have lionized someone whose theology is not actually in sync with theirs?

Books by and about Dietrich Bonhoeffer (1906–1945) sell without letup, including no less than seven biographies since 2010, plus novels, plays, films, unending articles and even an opera. The German Lutheran pastor is one of the past century’s most revered authors with must-read titles like “The Cost of Discipleship,” “Life Together” and the posthumous “Ethics” and “Letters and Papers from Prison.” Moreover — yes — he’s lionized as a Christian martyr.

Everybody wants to claim this complex thinker as an ally, but where does he really fit? Was his theology “liberal” or “evangelical” or “neo-orthodox” or some mixture? Would he align with today’s political Left or Right? With absolutists or relativists in morals? Was he a pacifist or not? And, the latest fuss, was he gay or straight?

A quick rundown of his eventful life: Brilliant student trained in academically fashionable liberalism. Inspired to a different and deeper faith by African-American Christians during study in America. Fierce foe of Nazi anti-Semitism in the Protestant “Confessing Church.” Teacher in a close-knit underground seminary. German military intelligence officer working secretly as a double agent. Part of the anti-Hitler conspiracy and executed as a political prisoner days before Allied troops arrived.

Ample Bonhoeffer buzz results from the much-purchased and much-debated biography “Bonhoeffer: Pastor, Martyr, Prophet, Spy.” Author Eric Metaxas is an evangelical successor to Charles Colson on “Breakpoint” radio commentaries and leader of Manhattan’s intriguing “Socrates in the City” lecture series. He previously wrote “Amazing Grace,” a biography of William Wilberforce, the devoutly evangelical Member of Parliament most responsible for abolishing the slave trade across the British Empire.

Metaxas’s Bonhoeffer continues that theme of uplifting Christian activism. It also typifies John’s concern, since this biography is criticized for playing up Bonhoeffer’s problems with liberal theology and his affinity with evangelical piety. (Metaxas did not answer a “Religion Q and A” e-mail seeking his response to critics.) Bonhoeffer was conservative enough that Theo Hobson at the Episcopal seminary in New York City calls him “fumbling,” “faltering,” and “dubious” in a history of liberal theology. Yale University poet Christian Wiman, author of “My Bright Abyss,” says Bonhoeffer’s story distinguishes him “from the watery — and thus waning — liberal Protestantism that has emerged since the 1960s.”

But Clifford Green, who organized the 16-volume edition of Bonhoeffer’s works, savaged Metaxas in the liberal “Christian Century,” charging that he “hijacked” Bonhoeffer by falsely portraying him as a conservative. In a 1993 evangelical journal article, historian Richard Weikart said the theologian was no conservative and followed up with the 1997 book ”The Myth of Dietrich Bonhoeffer: Is His Theology Evangelical?” Weikart, now teaching at California State University, Stanislaus, thinks Metaxas’s “counterfeit Bonhoeffer” ignores liberal thinking that breaks with conservative evangelicalism, for instance doubts that Jesus rose bodily from the grave or that the Bible presents literal history otherwise.

As for politics, David Timmer, religion chair at Central College, chides yet another biography for “using Bonhoeffer as a club to bash Republican policies.” Problem is, he says, the man’s actual political views “were far too complex to be easily assimilated to either the contemporary left or the right.”

Then we have this patheos.com headline: “Bonhoeffer Was Flamingly Gay — Deal With It.”

Ex-evangelical blogger Frank Schaeffer bases his “queer” Bonhoeffer on the brand-new “Strange Glory: A Life of Dietrich Bonhoeffer” by Charles Marsh of the University of Virginia. It seems Bonhoeffer was a fastidious dresser and loved art (stereotypes, anyone?). Marsh never says Bonhoeffer was homosexual but does depict an intense if not obsessive relationship with his student and best friend, the late Eberhard Bethge. Of course this could have been a passionate but celibate Christian bond as depicted in the classic “Spiritual Friendship” by the 12th Century abbot Aelred of Rievaulx.

Bethge softpedaled all that in his own important Bonhoeffer biography (English translation 1970). But when asked, Bethge denied Bonhoeffer was homosexual. So a gay Bonhoeffer would undermine the truthfulness of his closest ally and Bonhoeffer’s own ethical stature, since he was engaged to marry Maria von Wedemeyer just before his arrest. (Their prison correspondence is compiled in “Love Letters from Cell 92.”)

Liberals also claim Bonhoeffer as a fellow relativist in moral theology. Some contend he would have favored gay marriage, though heterosexual monogamy is assumed in Bonhoeffer’s conservative treatment of abortion and contraception in “Ethics.” The major example of flexibility is that Bonhoeffer moved from strict non-violence to support murder of Hitler in a context of tyranny and terror.

Or did he? Yet another dispute arises in “Bonhoeffer the Assassin?” by Mark Thiessen Nation and two former students at Eastern Mennonite Seminary. These evangelical pacifists contend there’s “no evidence” Bonhoeffer agreed with or was involved with plotting to assassinate Hitler alongside his brother-in-law Hans von Dohnanyi. But most biographers say there’s ample witness to Bonhoeffer’s participation.

So, what are we to make of these competing Bonhoeffers? John Stackhouse Jr., a theologian in Canada, provides perceptive analysis in a review of Marsh’s biography: Click here. 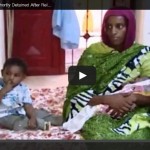 June 30, 2014
Roadmaps should guide us, including through Sudan
Next Post

June 30, 2014 Hobby Lobby in narrow win; Little Sisters of the Poor on deck
Browse Our Archives
Related posts from GetReligion