How Did We Get the Bible?

So, how did we get the Bible? (This is an excerpt from my book, Love Me, Love My Wife: Ten Reasons Every Christian Must Join a Local Church.)

After the books of the Bible were originally written, however, how did they become the Bible? It’s helpful to think of the formation of the Bible in five stages:

When the Bible was written, it was always written in the context of the Church, either the Old Testament Church, which was Israel, or the New Testament Church. For example, the book of Genesis was written by Moses for the people of God at the time of the giving of the Law and the deliverance of Israel from Egypt.

What’s most important to know is that if there were no Church, we would not have an agreed-upon Bible today.

So, this is how we got the Bible that you read today.

December 22, 2020 Jesus Christ Has a Body - and It's the Church
Recent Comments
0 | Leave a Comment
Browse Our Archives
get the latest from
Give Us This Day
Sign up for our newsletter
POPULAR AT PATHEOS Evangelical
1 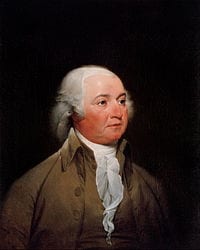 Evangelical
One Reason I Became a Priest
Give Us This Day

Evangelical
Jesus Christ Has a Body - and It's...
Give Us This Day

Evangelical
Tracts for the Times 2.0 Tract #2 Part...
Give Us This Day

Evangelical
Tract #2 Part 1 – When Did Anglicanism...
Give Us This Day
TRENDING AT PATHEOS Evangelical