Everything Jesus did was an act of self-giving and humility. Jesus took on all human suffering.

Jesus Learned Obedience by What He Suffered

One of the most marvelously mysterious verses in the Holy Scriptures is this: “He learned obedience by the things which He suffered” (Heb 5:8). The terrible obedience of the Cross could only have been performed by a life perfectly devoted to the habit of obedience (perhaps in the same way that by a life devoted to fasting and denying self, Jesus prepared Himself for the 40 days and nights of fasting). Jesus’ obedience to His heavenly Father was coordinate with His obedience to His earthly father and mother. Although when Jesus was twelve, He was mature enough to discuss with the teachers of the Law in the Temple, when He returned home, He was subject to His parents (Luke 2:51).

Jesus obeyed the most difficult commandment of all: to Take the Cup. Although in His humanity, part of Him did not desire the Cup, His response to the will of the Father was “nevertheless not My will, but Yours, be done” (Luke 22:42).

This obedience was a form of suffering, for it was a giving up of self and its desires and will. All of us who have ever obeyed another, in a matter which we do not desire to, know that obedience involves suffering.

Often, we focus too exclusively on the extraordinary suffering of Christ: His Passion and Crucifixion. But these are only the perfection of a life filled with suffering, most of which was “ordinary.” Whatever category of suffering we are capable of experiencing, Jesus suffered it for us.

Perhaps nothing summarizes the postmodernism condition better than homelessness. For while more people live in homes that they own than ever before (and larger ones at that), we are lost in the cosmos, without a place or identity, and far from our true Home. Is any of you homeless or hungry? Jesus fasted and went without meals for you. The Maker of Homes, the Home of Homes, our Eternal Home, went homeless for you.

Is any of you poor? Jesus emptied Himself for you. He gave up the certainty and security of His trade and relied on the gifts of others for three years. Having created everything, He owned nothing.

Has any of you endured mocking, spitting, hitting, and scourging? In spite of the fact that we have each done these things to Christ, He has borne them all for us.

Has any of you been betrayed or abandoned? The postmodern condition of homelessness is caused, in large part, by our betraying and abandoning one another. We live in a culture of divorce, for we divide that which God has joined. We do this not only in the holy bonds of matrimony but also in every possible human relationship. We break up, withdraw, move away from home, and distance ourselves from one another. Although we betrayed and abandoned Jesus, He took betrayal and abandonment from us and made them His own.

We might expect this from our enemies or opponents, but it always hurts most when we are betrayed or abandoned by those we love and who have loved us. Husbands and wives, parents and children, brothers and sisters, friends and friends, pastors and parishioners: our own familiar friends betray us, and it hurts like Hell because it is truly a taste of that abandoned and divorced and homeless place.

Has any of you been tried or condemned unjustly? Here, we find ourselves standing in awe at the epicenter of God’s catastrophic deliverance. For throughout His life, and especially at His trial and on the Cross, Jesus was tried and condemned – for you. At the Cross, the only perfect and just man to live was condemned by sinful men. This condemnation was catholic in scope, for who was to blame for putting Jesus to death? Both Jew and Gentile, both you and me, and us and them.

Not only did the Just die for the unjust (1 Pet 3:18): the Judge died for the guilty. It isn’t only that a just man died for another just man, and it’s even more than the Just Man dying for unjust men. On the Cross, the sentence of the divine Judge was taken up by the Judge Himself. This is the Good News: that God put Himself in our place that He might put us in His place.

November 22, 2021
Recent Comments
0 | Leave a Comment
Browse Our Archives
get the latest updates from
Give Us This Day
and the Patheos
Evangelical
Channel
POPULAR AT PATHEOS Evangelical
1

Great Deals—Logos and Accordance (November 2021)
Crux Sola: Formed by Scripture to Live like Christ
Related posts from Give Us This Day

Evangelical
The Gospel of Suffering
Give Us This Day 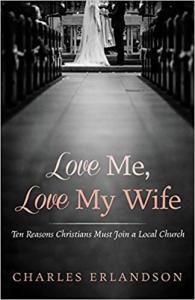 Evangelical
The Bible Begins and Ends with a Marriage!
Give Us This Day