Life in the New Testament Church 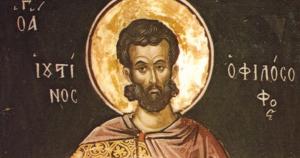 Paul, as an apostle, is a microcosm of the Church itself.  In this relatively unassuming passage, we can see Paul connected to every important ministry which Jesus has entrusted to His Body.  What unites this work of Jesus Christ, which is the work of the Church, is the Church’s worship of Jesus Christ.  And that is what we find in Ephesus and Troas here in Acts 20 today.

The passage begins by Paul encouraging the disciples in Ephesus, embracing them with the love of Jesus Christ incarnated in Paul himself.  That word “encouraging” is an inspiring one because the word is paraklesis, a word related to the name given to the Encourager, the Holy Spirit, who is the Paraclete.  You might say, then, that Paul, inspired by the Holy Spirit of Jesus Christ, the Encourager, encourages the Church to be the Body of Jesus Christ.  And that is the lesson today: that the Father sends the Spirit to encourage and equip the Church to be the presence of Jesus Christ on earth: and you’re invited!

When read in one way, today’s unassuming passage seems like a homely historical description of some normal events from the lives of Christians in the first century.  When read another way, it is Jesus Christ in action, appearing before His disciples to meet with them and give Himself to them so He can transform the world through them.

Here is what Justin Martyr said in around A.D. 150, about a century after today’s passage.  Notice how much it resonates with Acts 20!

“And we afterwards continually remind each other of these things. And the wealthy among us help the needy; and we always keep together; and for all things wherewith we are supplied, we bless the Maker of all through His Son Jesus Christ, and through the Holy Ghost.  And on the day called Sunday, all who live in cities or in the country gather together to one place, and the memoirs of the apostles or the writings of the prophets are read, as long as time permits; then, when the reader has ceased, the president verbally instructs, and exhorts to the imitation of these good things.  Then we all rise together and pray, and, as we before said, when our prayer is ended, bread and wine and water are brought, and the president in like manner offers prayers and thanksgivings, according to his ability, and the people assent, saying Amen; and there is a distribution to each, and a participation of that over which thanks have been given, and to those who are absent a portion is sent by the deacons.  And they who are well to do, and willing, give what each thinks fit; and what is collected is deposited with the president, who succours the orphans and widows and those who, through sickness or any other cause, are in want, and those who are in bonds and the strangers sojourning among us, and in a word takes care of all who are in need.  But Sunday is the day on which we all hold our common assembly, because it is the first day on which God, having wrought a change in the darkness and matter, made the world; and Jesus Christ our Saviour on the same day rose from the dead. For He was crucified on the day before that of Saturn (Saturday); and on the day after that of Saturn, which is the day of the Sun, having appeared to His apostles and disciples, He taught them these things, which we have submitted to you also for your consideration.”

First, you will have noticed that the disciples of Jesus Christ came together on the first day of the week, that is, Sunday.  Contrary to the Jewish Sabbath on Saturday, the seventh day of the week, the Christian Lord’s Day has always been Sunday, the eighth day of the week.  While the Sabbath was a day of rest because God rested on the seventh day, the Lord’s Day is a day of work because on it God re-created the heavens and the earth and began again to work mightily in the world.  What is this work, and how does it square with the day of rest?  It is the work of the Resurrection, the work of Jesus Christ.  It is also the liturgy, the “work of the people” (the meaning of the Greek word from which we get “liturgy”).  We are to worship God in the liturgy, so that, being fed by Him, we go out into the world to work in His name.

Second, you will have noticed the primary purpose for which the disciples of Jesus Christ had gathered together: to break bread, that is, to participate in the Lord’s Supper which He was offering them through St. Paul.  It’s interesting to notice, then, that we have a reason to fix Sunday as the Lord’s Day, and that the Lord’s Supper was the primary service of the early church (many other sources confirm this); however, the 10:30 time of service is not something written in stone.

But before they presumed to eat of that flesh and drink of that blood, they first heard the Word of God as He came through the public, liturgical reading of the Scriptures.  We don’t know how long St. Paul spoke, but he must have started at night.  The early Christians often met at night because many of the members of the Church had to work and were servants or slaves and couldn’t meet to worship until the evening or night.  We know it was night as well because of the “many lamps” in the upper room.

It might be tempting to blame Paul for droning on and on, but this is a presumptuous attitude.  Who wouldn’t want to hear what the greatest apostle had to say on the night when he had to leave his beloved Christians at Troas?  It’s not as if (horror of horrors!) Paul preached a three-hour long sermon, as some Puritans were known to preach for hours.  John Newton once wrote a letter to a preacher friend, in which he said, “I am not sure that the length and vehemence of your sermons, which you tell me astonish many people, may not be rather improper and imprudent, considering the weakness of your constitution; at least, if this expression of yours be justly expounded by a report which has reached me, that the length of your sermons is frequently two hours, and the vehemence of your voice so great that you may be heard far beyond the church walls. Unwilling should I be to damp your zeal; but I feel unwilling likewise that by excessive, unnecessary exertions you should wear away at once, and preclude your own usefulness.”

We shouldn’t blame poor Eutychus, either, even though Christianity Today used to have a column called “Eutychus and His Kin.”  Paul continued his message until midnight.  The room was probably smoky and oxygen-deprived from the many lamps, and he was a young man.  Hey – how many of our young men would show up for a midnight worship service when they had to work the next day?

But in Eutychus’ misfortune, we see Paul as the example of the serving church.  Paul stops what he’s doing, goes down to where Eutychus has fallen, falls on Eutychus, embraces him, and raises him to life in front of the Church at Troas.  Truly this Lord’s Day was the day of resurrection for Eutychus!  The point is that the Church that hears the Word of the Lord and receives the Body and Blood of Jesus Christ so that it can be the Body and Blood of Christ is also the Church that goes and serves others, wherever and whenever called by Jesus.

But there is more.  Paul is not alone: he is surrounded by a great cloud of witnesses, and they come from the churches he has already planted or visited: Sopater of Berea (remember the noble Bereans?); Aristarchus and Secundus of Thessalonica; Gaius of Derbe; Timothy (of Lystra); Tychicus of Asia and Trophimus from Asia (Ephesus).  It’s almost like an all-star team that Paul has assembled to go with him. They all met Paul in Troas, the place where the worship service previously described took place.

This team of Paul’s represented the Church: not only the local churches they came from but the entire Body of Christ.  These representatives of the Body of Christ, which is to say representatives of Jesus Christ, were likely gathered together to represent the churches who had contributed to the collection Paul had taken up to give to the Judean churches who were in poverty.  And so we see Jesus Christ, through Paul, through the leaders of the churches, and through the entire Church, serving one another in love.

Finally, it was during this time that Paul wrote one of his three letters (remember, one is lost) to the church at Corinth.  In the middle of the Church being the Body of Jesus Christ and continuing to say and do the things Jesus Christ began to do, Paul is inspired by the Holy Spirit to write one of the letters that became Scripture.

All in all, this passage is a beautiful picture that inspires us to remember who we are: the Church who is encouraged and equipped by the Holy Spirit to be the walking, talking Body of Jesus Christ on earth today.

Prayer:  Father, I thank You that You have received me as Your child into the congregation of Christ’s flock, and have been signed with the sign of the Cross, that I should not be ashamed to confess the faith of Christ crucified, and manfully to fight under his banner, against sin, the world, and the devil.  Encourage and equip me through Your Holy Spirit to continue Christ’s faithful soldier and servant until my life’s end. Amen.

Point for Meditation:  Spend some time thinking about the life of your local church and the ways it acts as the presence of Jesus Christ in your town.  What response does the Spirit lead you to have as you reflect?

Resolution:  I resolve to listen carefully today for what the Lord is calling me to do as part of His Body.  I resolve to pay special attention to the things He is telling me that He has recently confirmed or said in other ways. 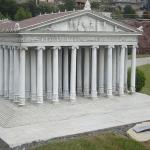 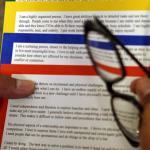 July 3, 2016 An Online Spirituality Test - from Acts 20
Recent Comments
0 | Leave a Comment
Browse Our Archives
get the latest from
Give Us This Day
Sign up for our newsletter
POPULAR AT PATHEOS Evangelical
1

Why Singing Hymns the Traditional Way...
Ponder Anew
Related posts from Give Us This Day

Evangelical
Shopping for God - Designer Liturgies in the...
Give Us This Day