Saturday of the Second Sunday in Advent – Revelation 18:1-10 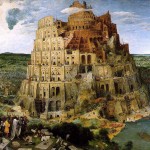 “Come out of her, my people, lest you share in her sins, and lest you receive of her plagues.  For her sins have reached to heaven, and God has remembered her iniquities. . . .  Alas, alas, that great city Babylon, that mighty city!  For in one hour your judgment has come.”

What a terrible proclamation, what misery and judgment!

I’m glad that this part of Revelation has nothing to do with me!  (Yeah, right!)  Even though I tend toward the preterist interpretation of Revelation, that it is primarily about the heaven and earth shattering things that have already happened with the coming of Christ and the revolution in the heavens, I also believe that every part of the Bible continues to have application for me and for other Christians.

The truth is that ever since the King of Babylon began to roam the earth, there have always been Babylons, and these Babylons are places of demons, prisons for foul spirits, and places where not only human merchandise but also human bodies and souls are bought and sold.  And the temptation of God’s people has always been to become to attached to and too intimate with the inhabitants of Babylon.

It was this marrying outside the Covenant that marked Esau’s rejection of God, that led Solomon astray, and that was the refrain of the Old Testament prophets for centuries.  Even as Israel was leaving Egypt, one of many Babylons and the land of slavery, the Israelites were busy longing for the good old days of slavery and bricks made without straw.  They preferred the leeks and onions of Egypt over the bread of heaven from God.

But this passage has nothing to do with us.

Except for the fact that there are still Babylonian Empires all around us, scattered throughout the nations of the world.  Even the good ol’ U.S. of A is a Babylon in a way.  How are the mighty fallen!  How far have we come from a nation of Christians who thought that their Christianity should be a part of every part of their life to a nation where a majority of people call themselves Christians but half of them get divorced; believe the church and state should be entirely separate things; where we send our children to be educated in institutions that are legally required to act as if God doesn’t exist and where a collective amnesia of the Christian origins of the U.S. is systematically indoctrinating our children; where we buy and sell the wares of Babylon and are quantity consumers of the myths and legends of Babylon that come packaged as the movies and TV shows we watch and the music we listen to; where we have hired the government to give our alms for us; and where we’re raising a majority of children who do not believe in moral absolutes.

When I read the writings of the early Church Fathers, I’m always amazed at how morally strict they were.  Every Christian I know wants the Church to be more like the early church, and yet when we look at how they lived and worshiped, we continue to pick and choose what we want to do.  The early Christians lived smack dab in the middle of one of the many Babylons of the world – the Roman Empire.  They saw the seductions and the diseases of Babylon close up, and their godly counsel was to stay safely away from becoming a Babylonian, even while living among them.  St. Chrysostom, for whom a precious parish I once served in Hot Springs was named, warned in his sermons about the evils of horse racing, something we would not even think twice about.  I find this ironic, since St. Chrysostom’s Reformed Episcopal Church was only a block away from Oaklawn Racetrack in Hot Springs.

The truth is that the United States is more Babylonian than at any time in its past 400 years.  Not that Babylon wasn’t also with the early American Christians: we find Babylon wherever we find men.  But we are slouching toward Babylon once again, and as Christians we need to be prepared.  We need to understand the crafts and assaults of the devil and of the earthly empires he establishes.

If you’ve ever wondered how a nation where the vast majority of people call themselves Christians can look less and less like the kingdom of Christ, the answer must be that we are too much infatuated with Babylon.  Maybe our first love of Christ has grown cold, or maybe we’ve been seduced by the painted faces of Babylon whores.  Maybe we’ve worshiped too much at the altar of Mammon, and maybe we’ve made alliances with our enemies as a conflict resolution strategy.

We know the end of Babylon, and it’s not a pretty sight.  And we know the end of those who wed themselves to Babylonians and the Babylonian culture, and it’s also not pretty.  We need to make sure that we do not share in the sins of Babylon (verse 5), for they have reached to heaven again.  We need to stop glorifying ourselves and living so luxuriously (verse 7) in Babylon and come out of our own personal Babylons before it’s too late.  For there are Babylons all around us, even here in the United States.  And many of us are busy creating our own personal Babylons as well.

Resolution:  I resolve to meditate on my life in Babylon.  How much have I become a Babylonian and how much have I remained a Christian whose citizenship is in heaven?

Prayer:  Lord God Almighty, who delivers His people out of the land of bondage, I ask that you would deliver your people once more.  Once again, we have allowed ourselves to be tempted and led astray like lost sheep, and we have wandered from Your Land.  Help us to glorify You in our lives, and not ourselves, and help us to not love luxury so much that it distracts us from our ministry as priests and prophets in the land.  Amen.

Point for Meditation:  What is one area in my life in which I am living too much as a Babylonian?  What would it take for me to begin to leave Babylon in this area?

December 10, 2015
Friday of the Second Sunday in Advent - Revelation 15
Next Post

December 13, 2015 Monday of the Third Sunday in Advent - Revelation 18:11-24
Recent Comments
1 Comment | Leave a Comment
Browse Our Archives
get the latest from
Give Us This Day
Sign up for our newsletter
POPULAR AT PATHEOS Evangelical
1 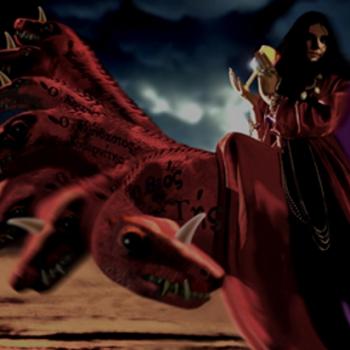 Evangelical
Revelation 17 - Who is Mystery Babylon?
Give Us This Day 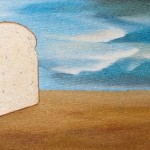 Evangelical
Mark 8:1-10 - The Feeding by the 12
Give Us This Day
TRENDING AT PATHEOS Evangelical