How blessed St. Stephen was to be the first Christian martyr, and how blessed the world was by his faithful witness and life!  At the end of St. Stephen’s life, it becomes clear that he died like Jesus Christ: speaking the Truth in love, gazing into Heaven, asking the Father to receive His Spirit, and asking that the sins of his murderers be forgiven them.

We don’t know much about the life of St. Stephen, but we can properly surmise that he must also have lived a Christ-like, that is, Christian, life before his martyrdom, or else he never would have been able to endure martyrdom for Christ.  We know that he had a good reputation and was full of the Holy Spirit, wisdom, and faith (Acts 6:3-5).

This morning, I’ve noticed a strange connection between the effects of the death of Jesus and the effects of the death of St. Stephen.  In both cases, the most apparent effect was the triumph of the Enemy and of evil and the scattering of the sheep if you strike the shepherd.  Just as Satan appeared to have triumphed over Christ at the Cross, so he appears to triumph over Christ at the death of Stephen.  Just as the disciples headed for the hills (or at least the upper room) when Jesus was struck and killed, so the disciples are scattered in the persecution that follows the martyrdom of Stephen.

But a funny thing happens when Christian fruits die: they scatter their seeds and produce more Christians.  Tertullian said: “The blood of the martyrs is the seed of the Church.”  When Joseph was persecuted by his brothers, the whole nation of Israel was delivered by God; when the Israelites were persecuted by the pharaoh who knew not Joseph, the people of Israel were delivered and began the Exodus to the Promised Land; when Jesus Christ was crucified, the sins of the whole world were atoned; and when St. Stephen was martyred, not only did God’s Kingdom expand, but He began to work on the one who had more influence on spreading God’s Kingdom than anyone besides Christ Himself.

We often assume that the conversion of St. Paul was a sudden thing, and certainly it was, in one sense.  But we forget the many years in which Paul studied the Law, as well as the philosophy and poetry of the Greeks.  And we forget that most inauspicious meeting between the 1st Christian martyr and the greatest Christian apostle.  Who knows what effect St. Stephen’s martyrdom, his faithful witness, had on the soul of Saul?  We aren’t privileged to know.  What we do know is that the young Saul is presented with two ways of life, testified to by two different kinds of witnesses.  Those false witnesses who accused and murdered Stephen laid their clothes at the feet of Saul.  But that faithful witness who was both falsely accused and murdered laid his blood and his blameless witness at the feet of Saul.

Who knows what seeds of true faith, what seeds of the Church were planted on the day of Stephen’s martyrdom, only to come to fruition on the road to Damascus?

Who knows what seeds of faith and what seeds of doubt in atheism and agnosticism and self-ism are planted whenever Christians faithfully witness?  Every day, among your spouse, your children, your relatives, your co-workers, your friends, your acquaintances, and the members of your church, you are witnessing to them about Jesus Christ.  What you do and don’t do every day, how you live as a witness as Jesus Christ has eternal consequences not only for you but also for people you meet.  The indisputable fact is that you are a witness to Jesus Christ: the only question is how faithful of a witness have you been in thought, word, deed, and relationship?

People are always watching you and studying you and learning from you.  In fact, you and I are the living epistles, the living wills and testaments of Jesus Christ, and they will judge Him by us.  There is no demilitarized zone, there is no “Off Duty” sign to the sign of the Cross that was seared into your soul at baptism.  You are and forever will be a witness to, a martyr of, Jesus Christ, and the only question is “How’s my driving?”

Often, we don’t know what effect we are having on people.  One day as I was teaching school, at an odd moment at the end of the day, a senior student of mine, Ian Knowles, came up to me in the hallway and said simply, “I’ve been watching you.”

Immediately, my heart was filled with both a hot fear of “Oh no!” and a cool curiosity of “Really?”

“Yeah.  I’ve been watching you because I think we have the same personality type (I had just given the class the Myers-Briggs test), and I want to learn how to be a leader.”

Ian Knowles had been studying me for 6 months, trying to learn how to be an introvert and still be a leader – and I never knew it until that day!  And I’d have never known it if he hadn’t bothered to tell me!

I don’t have too many exciting stories in my life (which seems both a curse and an incredible blessing), so permit me one more.  One day in August in Hot Springs, Arkansas, at a time when I had been feeling particularly poorly (so poorly that I almost decided to take a year off from writing my Ph.D. dissertation), I finally decided to go to the Poet’s Loft downtown and read some of my poetry.

I managed to drag a priest friend of mine, and we showed up: Men in Black.  We were definitely a sight to behold!  It turns out that the night we went was the largest attendance they had had in a while.  There was a rainbow in the sky that evening, in fact a glorious double rainbow, just before I arrived at the Poet’s Loft.  Later that night, one of the proprietresses told me that a wooden board that had covered a window had spontaneously fallen down to reveal the rainbow.  All on the night we first arrived.

After the reading event was over, we hung out and struck up a conversation with some of the young people there.  Our ears pricked up when we heard one of them say that he was studying to be a priest.  So we began talking, telling who we were, Fr. Charles from the Reformed Episcopal Church and Fr. Denny from the Charismatic Episcopal Church.  It turns out that 2 of the young men were studying to be priests – Wiccan priests!

Undaunted, we struck up a friendship with a group of them, and they were impressed that we weren’t like other Christians or pastors they had met.

The interesting thing is that three times by chance (or was it “chance,” hmmmmm?) in the next 2 years, I met one of the young men we had spent some time with.  Both times, he seemed more “clothed and in his right mind.”  He wasn’t a Christian, but he seemed somehow more open.  I remember him and his friends saying of me and my priest friend that we were different, and they really listened to what we had to say.  Part of my intention when talking with these young people was to act unintimidated, confident without being cocky, not contentious, respectful of them as people, reasonable, and willing to just to hang out with them.  All those years of teaching high school students really paid off!

When we do, we might occasionally meet with persecution, as did St. Stephen.  But then again, we just might be witnessing to another Saul of Tarsus.  Most of all, we will be extending the Incarnation of Jesus Christ who was born on Christmas to save the world!

Prayer:  Grant, O Lord, that in all our sufferings here upon earth, for the testimony of thy truth, we may steadfastly look up to heaven, and by faith behold the glory that shall be revealed: and being filled with the Holy Ghost, may learn to love and bless our persecutors, by the example of thy first Martyr Saint Stephen, who prayed for his murderers to thee, O blessed Jesus, who standest at the right hand of God to succor all those that suffer for thee, our only Mediator and Advocate.  Amen.

2.  Reflect on some times in your life when you, or someone you know, has acted as a faithful witness.  What were the tangible fruits?  What were the fruits for your own life?

Resolution:  I resolve to find one way in which God is calling me to be a more faithful martyr (“witness”) to one person who God has made my neighbor.  Remember that witnessing can take many different forms.

December 23, 2013 St. John the Evangelist Feast Day - Revelation 1
Recent Comments
0 | Leave a Comment
Browse Our Archives
get the latest from
Give Us This Day
Sign up for our newsletter
POPULAR AT PATHEOS Evangelical
1 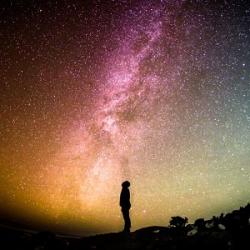