The Triumph of Christianity – Rodney Stark

Striking New Insights Into the Rise and Growth of Christianity

I’m a big fan of Rodney Stark because his works are both scholarly and readable, as well as being well-argued, well-researched, and positively revelatory. His new book, “The Triumph of Christianity,” is similar to his earlier work, “The Rise of Christianity.” However he not only extends the time of his discussion to cover all of church history but has also incorporated what he calls “new perspectives” on some old questions.

I highly recommend “The Triumph of Christianity” for the following reasons. First, Stark presents a lot of intriguing and important information that is hard to find anywhere else. Second, his work is very well-researched and based on this solid research he provides provocative insights into Christianity that are bound to deepen one’s understanding. Third, Stark packs an amazing amount of information into one book. Fourth, while being academically sound his writing is also very readable.

Stark’s striking insights often overturn a lot of mischievous nonsense about Christianity and common misperceptions. He does it with amazing clarity and authority, and what he says matches up with all I’ve observed about human behavior and what I’ve read about sociology. The book would be well worth its price for only a fraction of the revelations Stark communicates. I just finished the Kindle version but am thinking about also ordering a hard copy so I can properly mark it up as I like to do with an important work.

In Part 1, Stark presents a succinct and useful summary of other religions at time of Christ, as well as why Oriental religions (besides Judaism) appealed to the Roman world and paved the way for Christianity. These reasons include emotion, joy, music, the importance of congregations, a religious identity that competed with and could be more important than political or familial identity, and the fact that it offered more opportunities for women. Much of this is information you don’t usually see in books on early Christian background, which usually focus on Roman politics or Jewish religion.

Chapter 2 shows the diversity of 1st century Judaism and also contains a wealth of information. I especially like the way Stark applies his model of the religious economy from previous works to the Jewish religious situation of the 1st century.

In Part 2, Chapter 3, I like the way that Stark emphasizes that Christ was a rabbi or teacher (stated many times in the Gospels) over the idea that he was a carpenter (mentioned once in a passage that may actually mean something else). “The Triumph of Christianity” is stuffed with such intriguing and helpful new ways of seeing Christianity. In this chapter, Stark also rehearses an incredibly important theme from some of his other works: the idea that “people tend to convert to a religious group when their social ties to members outweigh their ties to outsiders who might oppose the conversion.”

While Stark had already convinced me in some of his earlier works, it will be astonishing news to some that Christianity appealed especially in the beginning to those of privilege (see Chapter 5). Chapter 6 is also a chapter of revelation as Stark argues persuasively that Christianity created a better (including longer and healthier) life for people, even here on earth. The idea that Christianity exalted women (and also marriage and children) more than other religions or philosophies of the ancient world (Chapter 7) may be old news to some, but it’s a crucial idea that needs to be repeated. Stark’s Chapter 9 on assessing Christian growth is also a re-statement of his earlier works, but it’s a fascinating explanation of how and why Christianity grew so rapidly in the early centuries.

In Part 3 Stark switches gears somewhat as Christianity became established. Stark finds both good and bad in Constantine, which is generally a fair assessment. He explains that while Constantine’s conversion ended persecution it also encouraged intolerance toward dissent within the church and greatly reduced the piety and dedication of the clergy. I have a slight disagreement with Stark here: a more positive and more detailed assessment of Constantine is given by Peter Leithart in “Defending Constantine.” Stark presents an interesting and informative flow of Christian history as he describes the triumph of Christianity over paganism, which was not the result of Christian persecution but which was also not as complete as usually assumed. He continues with a discussion of Christianity’s engagement and retreat from Islam and then re-orients the Crusades in a more positive light, as he does at greater length in “God’s Battalions.”

In Part 4 Stark rebukes the received wisdom that the rise of Christianity ushered in many centuries of ignorance subsequent to the fall of Rome. In fact, the so-called “Dark Ages” never existed. Lest the reader think Stark is simply slanting everything to make Christianity look nearly perfect, he’s also quick to point out that medieval Christians weren’t nearly as pious as we imagine they were. Perhaps most importantly, Stark correctly establishes the fact that far from impeding the rise of science, the West was the birthplace of science because of Christianity.

In Part 5 Stark argues that the new religious movements that arose in Europe prior to the fifteenth century are identified as heresies because they failed, while Luther’s “heresy” is called the Reformation because it survived. While this is one area where I have to disagree with Stark, he does provide some good information for why the Reformation succeeded. Perhaps the most startling revelation in the book to me is that new research indicates that the Spanish Inquisition was much more a force of moderation than of torture and death than we’ve been told. I’ll have to go and verify that one, but leave it to Stark to reveal it!

Finally, in Part 6 Stark revisits his research on how religions fare when there is religious pluralism, such as established in the United States. Stark’s model explains, for example, why the fact that churches have to compete in a religious marketplace is actually a good thing for religion. If you want to read the definitive work on this, then read Stark and Finke’s “Acts of Faith.” Stark also contends with now disproved theories of secularization that naively assumed religion was on the demise. This, too, is an important truth that will be a startling reversal of the common myths we usually hear. Chapter 22 makes a fitting conclusion to Stark’s meaty work because it chronicles the globalization of Christianity and explains some of the reasons why Christianity continues to grow, not the least of which is its cultural flexibility.

I strongly recommend “The Triumph of Christianity” to any serious student of Christianity, from educated laymen to Christian leaders to students and teachers. It explains a great deal about Christianity, all in one place, that you won’t hear many other places.

The book is organized according to the following plan:

Chapter One – The Religious Context

Chapter Four – Missions to the Jews and the Gentiles

Chapter Eleven – The Demise of Paganism

Chapter Seventeen – Two “Churches” and the Challenge of Heresy

Chapter Nineteen – The Shocking Truth About the Spanish Inquisition

June 12, 2012 The Eastern Church in the Spiritual Marketplace – Amy Slagle
Recent Comments
0 | Leave a Comment
Browse Our Archives
Follow Us!

Get Ready for a "Hell of...
Cranach
Related posts from Give Us This Day 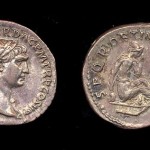 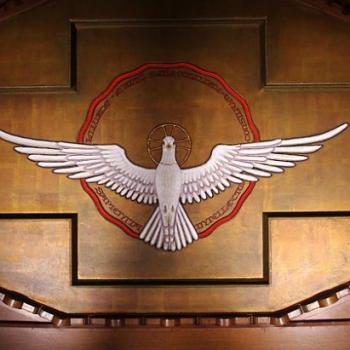 Evangelical
Tuesday of Pentecost (Whit Tuesday) - Acts 4:23-37
Give Us This Day
TRENDING AT PATHEOS Evangelical