Transcendence: Meaning from Above 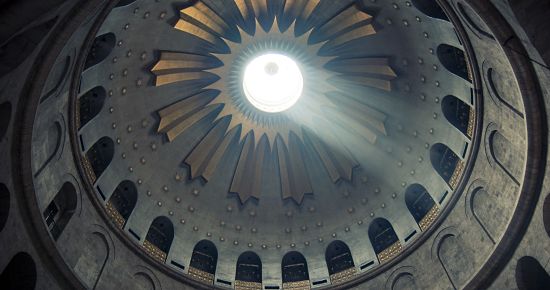 In my last post I introduced the first part of a statement that justifies a need for a study center that I am working on with two friends.

You know that you are approaching the truth when you begin to stumble over paradoxes. Here’s an example: “He that seeks to save his life will lose it, but he who loses his life will find it.”

When it comes to the meaning of the world we have this sort of thing. Because the world is a finite and contingent thing, its purposes must be given to it by something else. If the world were eternal and self-sustaining, that wouldn’t be necessary, we would be speaking of something possessing some attributes of divinity. But this is not the case, to the great disappointment of some scientists and philosophers. Even science shows that the world had a beginning, and without some sort of intervention from the outside, it will have an end. We call this disappointing news heat death. But what Christians have always known up until very recently is that creation depends upon God to “hold all things together” moment by moment. Without the power of God to sustain all things the cosmos would blink out of existence.

Regarding this fact, there are two mutually exclusive understandings. Let’s begin with the incoherent one.

Atheism has no explanation for how the world came to be from nothing. But it is confident that there is nothing going on behind the scenes. Things simply are so; and attempts to point out the problems with this view are unwelcome.

This means that there are no eternally valid purposes for things because purposes depend upon intentions. Purposes in this view are either provided by people, or they are illusory. Once people are gone, purposes vanish with them. This turns people into very frail and finite deities. Naturally this leads to megalomania and despair.

The other understanding is theism—but of a particular sort. The world owes its existence to a transcendent Being. This Being is the one that grants us being as a gift. There is absolutely nothing that God gains by doing so. He owes creation nothing, but the creation owes him everything. The creation is made for him for the good of the creation.

Between my last post and this what we have is a very brief statement. A great deal more should be said. But saying what should be said is what the Center if for.

Like anything worthwhile, it will take a lot of time and a great amount of effort to get the Logos Center off the ground.

But one of the first things we’re done to get things going is begin a podcast. It is called The Theology Pugcast and the first podcast is available on a number of platforms. It has yet to appear on iTunes and Stitcher but I am assured that it will appear on those platforms soon.

In case you’re wondering about the name of the show, or who my partners in this venture are, here’s the description of the podcast:

“The Pugcast is produced by The Logos Center and features C. R. Wiley, Dr. Glenn Sunshine, and Dr. Thomas Price. The Pugcast is recorded at The Corner Pug–a well-known watering hole in tony West Hartford, Connecticut. (Hence the name, “pugcast”–also the reason there is so much background noise.) The show could be described as “3 over-educated Reformed guys riff on philosophy, theology, and stuff that bugs them.” Each episode they invite you to take a seat in their booth and listen in on their conversation.”

The first episode is entitled: Cultural Marxism: An Emerging Worldview and features a discussion about an article that Glenn published at BreakPoint.

Here’s a link to Glenn’s article.

And here’s a link to the podcast page at Anchor FM.

DISCUSSION: Blue Laws Reconsidered?
In light of today's post about the unintended consequences of dismantling Sabbath...
view all Evangelical blogs