In the Religion of Love 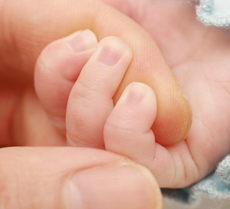 In the religion of love to pray is to pass,
by a shining word, into the inner chamber
of the other. It is to ask the father and mother
to return and be forgiven. But in this religion
not everyone can pray

–Galway Kinnell, “The Man on the Hotel Room Bed”

“I believe a strong woman may be stronger than a man, particularly if she happens to have love in her heart. I guess a loving woman is indestructible.”

When I compare my mother and myself, I certainly appear to be the sturdier of the two of us. I am more muscular. I rarely get sick. I am more often than not verbose and boisterous and forceful. Even my facial features—large brown eyes, thick brown hair, large nose, thick lips—seem loud and over-stated when contrasted with hers.

She is blonde and high-cheekboned, with a delicate slip of a nose and vibrant green eyes. Her father, who died when she was an infant, was half-Seminole and half-German, and somewhere in her vestigial outlines, you can perceive the shape of her grandmother’s Native American face.

She usually speaks softly, even when she is angry. She moves slowly (and will deliberately move more slowly if you rush her), and, unlike the rest of us in our immediate family, is rarely given to bouts of hyperactivity.

Left to her own devices on an average week, she will easily read two, sometimes three, books. I can’t speak for her, but from observation it would seem that much like the Hobbits she taught us to love as children, she is never happier than when sitting still.

Three times in my life, beginning with the traumatic delivery of my youngest brother when I was five years old, I have been told my mother might die.

But three times in my life, despite all expectations, my mother has not died.

In one of the easy and over-simple narratives of our family, marriage to my father was her salvation, bringing her out of what was at best a complicated family system and at worst a downright nightmare. My dad’s family was kind and whole and healing. Hers was not, and even as children, we perceived this and often dreaded the obligatory visits to my mother’s family.

My mother traces her salvation (on many different levels) back to attending church with a Catholic neighbor as an adolescent. By the time she met my father in high school, she was actively involved with Youth for Christ, and if you ask her how she was able to cope with what she experienced at home, she will tell you that it was faith and the belief that things could be better down the road.

I believe this to be true, but I think there’s something else, and I recognized it these past months as I’ve watched my mother nurse her stepfather through his decline, and as of the day of this writing, his death. What’s preserved and mended my mother is her own great capacity for love.

Recognizing this, I feel an urge to revise that easy narrative—it’s not merely the love she received which has made her so strong, but the love she has allowed herself to give, even when it frightened her, even when it required her to acknowledge the agonizing risk of greater loss.

This week as so many of us struggled to find the words to say to my grandfather, my mother knew precisely what to do, and her voice was one of the few that carried enough weight to settle him.

While I sat tongue tied, she said gently but with great authority, “You can rest now. You don’t have to fight anymore. You’re not alone. We’re here. We love you.” And she repeated those words again and again until he unclenched his hands from the bars on his hospital bed and allowed them to rest peacefully at his sides.

There are times when I hear my mother’s childhood stories and can’t help but be amazed at the alchemy wrought in a single generation by her sheer unwillingness to allow early difficulties to dictate her later life. She didn’t want what she had seen, and so she made something else.

It was all of it grace, she will tell you, and so it is, but it takes a brave and sightless faith to seize upon that kind of grace when it is offered, and such brave seizing should always merit praise. It becomes contagious and it changes the narrative of future generations for good.

When I was an infant, my mother says she sometimes felt sadness and anxiety overtake her. To combat those feelings, she would take hold of my little fist for comfort and it eased the burden. I used to believe that this was because of something inherently calming about me. But I’m not sure I think that anymore. I think my mother was buoyed by her own love asserting itself over her fear and my hand merely reminded her of that.

On Thursday we will bury my grandfather, and the last firm link to my mother’s devastating and complex past will be sundered. I don’t know how she will feel, but I do know that once again I will offer her my hand to hold.

I will offer her my hand to her say:

My hands are steady.

Your strength has made them so.

Kelly Foster is a native Southerner, and graduate of SPU’s MFA in Creative Writing program. She has taught writing and literature courses across the country. Her creative nonfiction manuscript is titled Boystown Blues.