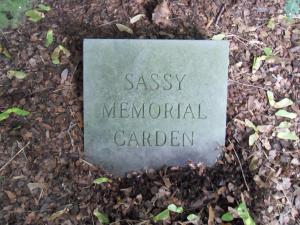 Sassy wasn’t her real name, and she wasn’t “sassy” at all. But as happens with many grandparents, the oldest grandchild names her—and the name sticks.

I was that oldest grandchild. Her name was Sarah, which is what I’d hear the grownups call her. But when I tried, at age one-and-a-half or so, to say “Sarah,” it came out “Sassy.”

So Sassy she was, for all us grandkids, for the rest of her life.

Sassy was a professional pianist. Not of international stardom, but locally well-known. She taught piano at the Preparatory School of Baltimore’s Peabody Institute. From early grade-school years, I took lessons from her at Peabody, though of course my parents didn’t have to pay.

My parents were raising four kids (later five) on my Dad’s meager income, and without Sassy I would have had none of the enrichments of my early years. Students at Peabody Prep could take free classes in music theory and composition, and I did both.

I also studied ballet and modern dance at Peabody all through grade school and high school; I’m guessing Sassy and her husband (Poppy to me; my Dad’s dad) paid the bill for these.

I didn’t have talent in any of these music or dance activities—but I loved them all. I’d spend all day Saturday at Peabody in these various endeavors.

But the piano class with Sassy was on a weekday. She scheduled it as her last class of the day, and then she’d take me to her house for dinner. I treasured these dinners with Sassy and Poppy: it made me feel grown up to be eating alone with them, having “grownup” conversation.

I got to see Sassy and Poppy on most Sundays, too. My Mom, always the caring daughter and daughter-in-law, would have them over for dinner nearly each Sunday along with her own Mom, Gigi. (Gigi wasn’t named by me, but by my older cousin Ellen as she tried to say “Grandma.”)

I loved Gigi, too. And not just because she’d bring me each week her winnings from the card games with her lady friends the day before: twenty-five cents (sometimes even fifty)—a bonanza for a ten-year-old at the time.

I loved her southern drawl (though she grew up in northern Virginia, she sounded like a character in Gone with the Wind) and the southern warmth that came with it. When I’d visit her at her apartment, she’d always lay out some elegant clothing accessory for me to take home. She enjoyed fashion, and worked for a while in a fancy shoe store.

Notice that I haven’t mentioned Gigi’s husband. When my Mom was a teenager, he had run away with Gigi’s best friend. My Mom wasn’t one usually to hold a grudge, but she never forgave him. He was rarely mentioned in my upbringing. It helped that he didn’t live anywhere near Baltimore; so my Mom was spared obligatory contacts that would have pained her deeply.

I can remember seeing him only once in my life: he was in Baltimore for some reason and my cousins were visiting too. He had a photo taken of all of us cousins together that I still treasure.

But it’s another photo that I’m looking at right now. It’s of Gigi and Sassy sitting on a couch chatting. It would have been taken during one of the Sunday dinners at our house.

And here’s what I’ve been leading to with all this background: what happened one of those Sunday afternoons. I must have been around eight or ten.

Sassy took me aside and asked me to come upstairs with her. We went into my parents’ bedroom and she sat on the edge of the bed, holding me gently in front of her.

“There’s something I need to tell you,” she said quietly; “I’m not your real grandmother.”

I burst out “But Sassy, you are my real grandmother. What do you mean?”

Voice quiet, and (yes) tears in her eyes, she explained, “Poppy had a first wife, and they divorced after your dad was grown up. Then I married Poppy. So your Dad isn’t my son. So I’m not really your grandmother.”

I could barely follow all this marriage-divorce business and, more importantly, I didn’t care.

“Oh Sassy,” I said, giving her a hug, “that doesn’t matter at all to me. You are my grandmother, and I’ll never think of you any other way.”

What interests me now about this episode (and please forgive the melodrama, but this is really how it happened—life is sometimes melodramatic) is its enormously different meaning in each of our lives.

Now, as a grandmother myself, I can imagine Sassy’s anxiety. Probably she’d been thinking for months about telling me this. I ache for the nervousness she must have felt all that afternoon before bringing me upstairs.

She must have feared that hearing this news would damage our relationship. And what relief she must have felt as it became clear to her that the news didn’t affect my relation to her at all.

And it honestly didn’t. To me, it was simply no big deal. She’d always acted like a loving grandma, I’d always loved her as a grandma, so my response to her news was an inner shrug.

When Sassy died about twenty-five years ago (a few years after Poppy did), her eleven grandchildren discovered how much she loved us all.

In her will, instead of leaving her money to the next generation (our parents), she divided it among us grandkids. We each received $10,000.

With my portion, I had my backyard landscaped and a flagstone engraved “Sassy Memorial Garden.” The flagstone makes me feel close to her whenever I sit in my yard. 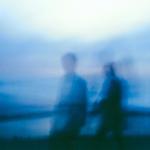 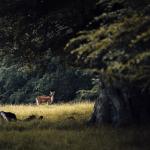 September 26, 2018 The Stars of the Earth Cry Out
Recent Comments
0 | Leave a Comment
"Ah, so now the imaginary War on Xmas is transmogrified into The War on Santa, ..."
David Miller How to Win the War on ..."
""Aural" refers to hearing, "visual" to seeing"
merphd The Gutenberg Imagination
""It doesn’t matter when you start the Sinatra Christmas playlist or put up your tree. ..."
C_Alan_Nault How to Win the War on ..."
"Yup."
Max Marvel Finding My Inner Calamity Jane
Browse Our Archives
Related posts from Good Letters