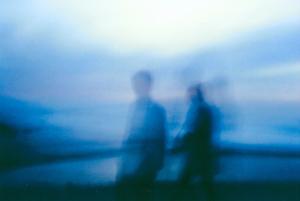 I lost it at the dentist’s office the other day.

I was there with my mother and had been flipping through copies of Good Housekeeping, waiting for hours. I was hungry and impatient by the time she emerged, then the receptionist presented us with an itemized and very detailed list of expensive dental work my mother needed to have done during subsequent visits.

I should have kept quiet and not let the overwhelm get the better of me, but I began asking questions about which procedures were absolutely necessary, and which ones we could skip, since my mother did not have dental insurance, and I’d be the one paying.

The receptionist, an older woman with carefully coiffed hair, fervently pointed out that all of the work was needed and started to explain why, but I simply cut her off and would not let her finish.

“If you can’t accommodate us,” I said huffily, “we’ll go somewhere else.”

I stormed out of the office and through the waiting room, but then remembered how unsteady my mother was on her feet. I had to go back and let her lean on my arm as I held the door open for her, everyone in the office now staring at the spectacle of our slow departure.

By then, my heart was leaping out of my chest, and heat had begun to spread through my body. As my mother and I climbed into the car, I instantly regretted treating the receptionist that way and could not believe how I’d forgotten my usual response: to pause and breathe and take a backseat to the initial rush of frustration.

My mother would not meet my eyes, and she stayed silent on the short drive home, looking out her window. I noticed her hands visibly trembling in spite of how tightly she held them in her lap. Because she grew up with an abusive stepfather, any outburst like this makes her even more anxious than she already is.

All through lunch, I kept wishing I’d acted differently, and could not stop replaying the tense interaction over in my mind. So when I left again to go to the market, I knew I was really headed back to that dentist’s office.

I had to wait a long time to see the receptionist, and as I sat in the same place in the waiting room, staring at the photo collages on the wall, I once again felt my heart beating so hard I was sure it must be visible even beneath my coat. I did not want to swallow my pride and apologize, did not want to sit there in such discomfort, rehearsing what I would say.

I wanted to stew in my righteous rage and justify my behavior so I could get on with the day’s many errands. Yet I also knew that if I wanted to live with myself, I had no choice.

“Come on around,” the receptionist finally said, waving me to the side of the counter where we could talk.

“I just wanted to say I’m sorry for being so rude to you earlier,” I told her.

“Thank you,” she stammered out, a little taken aback. “But I didn’t think you were rude. You were just concerned about your mother.”

“That’s true,” I said. “But it’s no excuse. I don’t like treating people that way. I know you were just doing your job, and I appreciate it.”

I placed my hand on the counter and said again how sorry I was.

“You’re going to make me cry,” the woman said and laid her hand on top of mine.

Because I was receptive and willing to listen, she explained to me the different payment options, how procedures might be combined into one visit since my mother doesn’t drive. I explained to her that I was the only one now looking after my mother, since my father had died a decade ago, and my brother was not often around.

Everything had changed, not only because I had opened the heavy door between us, but also because we had literally touched each other, had bridged a gap. I was now looking into the receptionist’s eyes, paying attention to her puffy gray hair, how her slightly crooked mouth shaped words.

After I left, I felt free, as if my wheels had been realigned by listening to that insistent voice inside that told me I could not rest until things were made right with this stranger—until she became a stranger no more. She had even written her name—Connie—on a card for me.

I couldn’t wait to tell my mother what had happened, but when I came home, she had a surprise for me as well. Connie had called to say they’d made a mistake in calculating the costs of my mother’s procedures and would be taking $1500 off the original price.

I was speechless. I had not expected this to happen when I went back to apologize, but I wasn’t entirely surprised. When we stop trying to protect our egos and approach each other with total humility, things like this can happen. It may cost us something in the moment, but doing the right thing and risking vulnerability make the space for grace to enter our lives.

“It’s a good thing you went back,” my mother said, tapping the new figures she’d written down, her smiling eyes meeting mine.

James Crews’s recent work appears in Ploughshares, The New Republic, Poetry East and Poet Lore, among other journals. His first collection, The Book of What Stays, won the 2010 Prairie Schooner Book Award and a Foreword Magazine Book of the Year Award. He is the author of several chapbooks, including How Light Leaves, forthcoming from FutureCycle Press in October, and a regular contributor to The London Times Literary Supplement. He teaches in the low-residency MFA program at Eastern Oregon University and lives on an organic farm in Shaftsbury, Vermont. 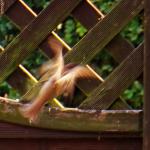 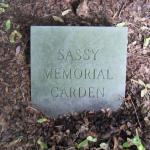