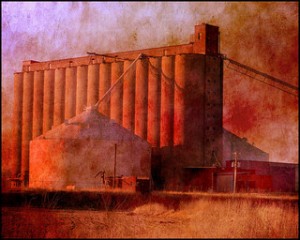 For Johnny, of course

My mother has been dead a year now, and it has taken me this whole time to begin to find value in her faults as much as her virtues.

For much of my adult life, I’ve been in flight from just such a consideration: There’s a book called The Spiritual Advantages of an Unhappy Childhood, but I didn’t want to read it.

The short version of the story—as anyone who’s read my posts on Good Letters knows—is that my father died and then my mother fell apart, friends left behind and relationships squandered.

Her life shrunk to the dried husk cast off by a locust. She even began to speak in the past tense. My siblings were grown and gone, and I was with her in the house alone.

Across five states and twenty years, on the couch at the psychoanalyst’s, wadded Kleenex in my hands, and kneeling on the marble floor of the confessional, incense curling through my hair, I sorted through the jagged prisms of experience that, as a child, I did not understand: What it means to be in the constant presence of someone who does not look you in the eye, who lives beyond the bar of constant preoccupation.

I didn’t understand, then, the tiresome vigilance I’d develop as a result—the almost unconscious, constant mental sorting to see if, at that moment, I was OK, or if others were about to abandon me forever—a reaction I’ve heard is common among children of alcoholics, and which I’ve seen myself in the needy inner-city children I have taught.

Along the way, I discovered that the seed of my mother’s sadness had been there all along, from my earliest memory, well before my father died. And by the time I was a toddler, the seed had germinated in me, too.

The house in its long silent hours: Morning cool and bustling, topping out at high noon, then the long steep slide of the afternoon as the reddening sun began to burn on the silver towers of the grain elevator behind our house, my hopefulness rising again as the sky turned blue and it was time for the WLBT evening news. (No wonder I wanted to wait up for Johnny Carson every night, to make it last as long as possible.)

The late poet Jane Kenyon expressed it exactly, in her poem “Having it Out With Melancholy”:

When I was born, you waited
behind a pile of linen in the nursery,
and when we were alone, you lay down
on top of me, pressing
the bile of desolation into every pore.

What I also could not have known at the time was that arc of sadness, as I experienced it, corresponded almost exactly with the description given by monastics of the individual Christian’s struggle to grow closer to God.

What was—even at age three—my afternoon despair but the demon of noontide in which the Christian is tempted by lassitude to give up the battle entirely?

Thinking about this very coincidence—which I do not think is, in truth, a coincidence—I have begun to believe that what my mother (and my father, too, but that’s another story) birthed in me was actually an oddly precious gift.

For, at bottom, the struggle for all of us is simply to live from one moment to the next: “Be kind, for everyone you meet is fighting a great battle,” said Philo of Alexandria.

Or as Walker Percy said, to paraphrase a bit: The hardest thing in life is to get through an ordinary Tuesday afternoon. One is far happier, he noted, to be facing an imminent hurricane.

But rather than stare fearlessly into the face of that condition of being lost—and to push through it, by bearing witness in the darkness—we flee, opting instead for giving ourselves the short-term highs of checking Facebook, shopping, politics, or even, for that matter, exercise.

I used to say to Ruth, in all those tortured months before I left my husband, that what I feared most was loneliness. Not being alone…but loneliness, which makes me want to die, which makes me think I will die, which I will do anything to avoid feeling: call a friend; go shopping; pedal endless, frantic miles on my stationary bike; pour another drink; take another sleeping pill.

Is it any wonder that our society, with its now infinite means of emotional escape, is so incredibly depressed? Even our scrambling efforts at religion can themselves become a drug, hell-bent on evading Christ instead of facing him.

Yes, I conclude, thinking once again about my mother. I hope and trust that she found some succor from all her emotional labors. I know that she is doing so now.

In the meantime, I will look my children in the eyes and take a Zoloft, not neglecting any means that the world and God and science have provided for navigating suffering.

But I will know, via my mother, that I, too, have seen into the bleakest of hours. It is this knowledge that binds me to the suffering around me. And it makes me grateful for the dark and flaming cross she bore.

July 24, 2012 Conversation and (Self) Revelation
Recent Comments
22 Comments | Leave a Comment
"Ah, so now the imaginary War on Xmas is transmogrified into The War on Santa, ..."
David Miller How to Win the War on ..."
""Aural" refers to hearing, "visual" to seeing"
merphd The Gutenberg Imagination
""It doesn’t matter when you start the Sinatra Christmas playlist or put up your tree. ..."
C_Alan_Nault How to Win the War on ..."
"Yup."
Max Marvel Finding My Inner Calamity Jane
Browse Our Archives
get the latest from
Catholic
Sign up for our newsletter
POPULAR AT PATHEOS Catholic
1