Staking My Life on Farm Boys 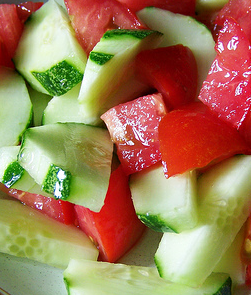 A Farewell: Kelly Foster is retiring from the Good Letters blogging team with this post. She will soon marry, relocate to Seattle, and spend the next year writing as Image’s Milton Fellow. We thank her for the gift of words and faith she has shared here.

My grandfather’s death came surprisingly quickly, and I witnessed his rapid decline over the three consecutive Sundays leading up to it.

On the first Sunday, he was still at home, refusing help when sitting up or adjusting his still powerful body on the bed. Years of throat cancer had left his voice barely audible, but he managed to tell us, as he always did during our visits, how proud he was we’d stopped by. When my mother showed him my engagement ring, he marveled over the craftsmanship.

“Precision. Precision. I can’t believe he didn’t have to use a lathe on this,” he kept saying.

The only hint that his mind was not altogether present was minutes later, after I’d put the ring back on my finger, we saw him still tracing the now phantom artifact in his large hands, murmuring. “Precision. Precision.”

The next week he was a shadow. When we arrived he sat shakily on the edge of his bed, clutching his walker, unwilling to lie down. It took my father and me (aided by the application of a morphine patch to my grandfather’s shoulder) about an hour and a half to wrestle the dying man into bed.

Exactly one week later, he passed away in hospice. That day, one of the hospice workers told my mother he was surprised my grandfather hadn’t died the week before.

“He was just a great bear of a man,” he said. “We gave him enough sedatives to have calmed three men, and he was still wrestling us up until he died.”

My grandfather’s homestead and farm are located on a patch of land outside Puckett, Mississippi, just across the road from the Union Baptist Church, where my grandfather’s relatives (dating back to the mid-nineteenth century) are all buried, and where now he and my grandmother are also buried.

The bones of his house are almost 170 years old, nearly ancient by American standards. Chickens walk unmolested, and sheds, overstuffed with guns and garden equipment, dot the backyard, ancient plows next to sparkling John Deere tractors.

My grandmother’s roses, transplanted years ago from Jackson, are now as fecund and wild as the coyotes who haunt the property at times, taking with them chickens and even dogs. Years ago, my mother and grandmother picked giant bags full of wild rose petals for my first wedding and kept them in the freezer until the day I was married. As we left the church, we were pelted with the cold treacle-smelling roses, my hair frozen and dripping by the time we reached the car.

When it came to weeding his enormous vegetable garden, my grandfather was, as they say, old school. He simply used a shovel and a hoe. And for him, it worked. He grew great fields of sorghum and ground and boiled it every year making steaming vats of molasses. He grew peanuts and watermelon and greens of every sort: collards, mustard, turnip. He grew Silver Queen corn and peppers and tomatoes and cucumbers.

One of my most vivid memories of early childhood is sitting at my grandparents’ table at their old house on Woody Drive, eating peeled cucumbers and tomatoes picked that day in the garden (my grandmother viewed people who served unpeeled cucumbers and tomatoes to their guests as unthinkably gauche) with a chilled clear glass bottle of what I referred to at the time as salad milk, but was actually a cruet full of Ranch Dressing made with full fat buttermilk and one of those powdered packets you can buy at the grocery store.

Once or twice a month, my grandfather would smoke his own chickens in a black barrel smoker and just about as often, my grandmother would fry up the fish they had caught with homemade hushpuppies and fries and fresh squeezed lemonade.

I thought of all this a few weeks ago as the pastor at the church across the street from my grandfather’s farm delivered the eulogy. The pastor spoke at great length about watching my grandfather arrive home from work day after day only to go immediately out into his yard to weed and tend his garden until dark. He used this as a charge to those listening, repeating several times, “Tend your gardens. Tend your gardens like my neighbor,” by which I think he meant we should be as vigilant about taking care of our responsibilities and as productive in our output as my grandfather.

As an adult with certain idealized images of myself, I have tried multiple times to garden. I’d like a green thumb like my grandparents. I would like to grow bushels of heirloom tomatoes to bring to people. Right now, I’ve got one patch of Thai basil and one giant patch of rosemary, but that’s all I’ve even attempted in this year of transitions—one of which is selling my house and moving to Seattle, where I have been awarded a writing fellowship.

This won’t be the year I prove to myself that I am not a failure as a gardener. I could convince myself that I’m just a townie, that I was made for a life of the mind in an urban setting, but here’s the problem: that precisely carved ring I am now wearing will bind me soon to a Minnesota farm boy.

Together, he and I will make a new life, a life where one day I hope to share with him peeled cucumbers and tomatoes that we have grown in our own garden, products of motion and stillness, so fresh and so vibrant they taste like joy.

Kelly Foster is a native Southerner, and graduate of SPU’s MFA in Creative Writing program. She has taught writing and literature courses across the country. Her creative nonfiction manuscript is titled Boystown Blues.

July 17, 2012
Praying the Divine Office with Flannery O’Connor
Next Post

July 19, 2012 A Holy Habitation for Life’s Story
Recent Comments
6 Comments | Leave a Comment
""It doesn’t matter when you start the Sinatra Christmas playlist or put up your tree. ..."
C_Alan_Nault How to Win the War on ..."
"Yup."
Max Marvel Finding My Inner Calamity Jane
"I an confused by the use of "aural" here: "In The Gutenberg Galaxy, he explained ..."
William G II The Gutenberg Imagination
"My friend is looking for a Pepper Smith he served in the army with, was ..."
Christine Budnack The Love Song of Pepper Smith
Browse Our Archives
Follow Us!