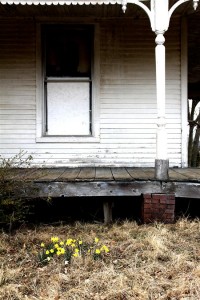 Over the past couple of months, facing two family crises that impact the whole relational web of my tribe down in Tennessee, I’ve learned something about myself: I’m not very good at fessing up to my own needs.

Instead of saying, “I need someone to talk to,” I ask, “Is there anything you want to talk about?”

I say these things to my relatives, my husband, and my closest friends—those who know me best and love me most.

This may sound like a virtue, but it isn’t. It’s cowardice.

I should clarify that not once have my loved ones given me reason to fear this will happen.

Knowing my tendency to separate myself when the going gets tough, but also how much better I feel when I talk to someone, I make an effort to email and call my friends to give them updates. I try to be explicit about what is bothering me most. Without fail, they listen with patience and care. Without fail, they love me.

And without fail, after our conversations I still question whether I should have brought it up at all.

A therapist might say this has something to do with my childhood. Children of alcoholics and those with bipolar disorder (I am a daughter of both) grow accustomed to the role of caretaker. They learn to work for love and security, and when that doesn’t yield results, they think it might next time if they work a little harder.

It’s a difficult cycle to escape, even if you’re aware of it.

During my recent trip home, I tried to hold myself together, but in the end came unraveled. I could feel it happening, so I left the house and sat down on the steps of the back porch. My mother followed me out. I knew on this day I would have to say goodbye to two of my closest family members—one for the final time, and the other likely for many years—and this seemed impossible.

While I sat sobbing into my hands, my mother stayed standing, until finally I looked up at her. “Mom,” I said. “I don’t think I can do this. I think I actually may not be able to do this.”

“You can do it,” she said, level-voiced, without stepping closer, “because you have to. People do things they don’t think they can do every day.”

She was right, of course. My grief, no matter how particular it felt to me, was not peculiar. The despair and anguish and desperation I felt were all common as weeds.

The fear that we are ultimately alone is, it turns out, something that binds us to every other human. Even Christ, in his perfection, wanted friends close by in his greatest time of fear and sorrow.

Before his arrest Jesus took Peter and James and John the sons of Zebedee with him to the Garden of Gethsemane and asked them to watch while he prayed to his father to “let this cup pass from me.”

He told his friends, “My soul is heavy with a sorrow that is like death.” Twice he returned from prayer to find them sleeping. The third time he woke them to stand beside him as he was betrayed.

If I had a garden to kneel in to call out to God, it would be my mother’s yard. Lined on three sides by pasture, the ground is ribbed with roots from an oak tree that towers by the fence, and is patched with dirt from where the grass never properly went to seed.

At night it is so dark you cannot tell the oak branches from the sky, and cannot see the horses in the fields even if they are grazing close by. It is eerie to hear them breathing, chewing, or most startlingly, running, just a stone’s throw away, but not to be able to see them in the blackness.

Once, when I was in middle school, I lay awake long into the night listening to a mare running furiously through the pasture. That day her colt had been taken and sold, and all night she galloped madly and whinnied. The next morning my mother, brother, and I found her dead at the edge of our lawn, neck broken and tangled in the barbed-wire fence.

When people we love are taken from us, there is something wild and unfettered, something muscular, about that kind of grief.

It makes us feel separated even from ourselves. It makes us suspect that we, too, may not survive.

My mother tells me, “You can do this because you have to.”

My husband says, “You are not crazy. And you are not alone.”

My friend tells me, at my request, the happiest parts of his day: How when walking his dog in the morning he met a little girl. The story she told him.

These are the people at the edge of my garden, watching. They are awake and waiting for me.

If ever they sleep, I will forgive them, for it is only because they have already walked with me such a long, hard way.

August 17, 2012 My Online Footprint
Recent Comments
9 Comments | Leave a Comment
""Aural" refers to hearing, "visual" to seeing"
merphd The Gutenberg Imagination
""It doesn’t matter when you start the Sinatra Christmas playlist or put up your tree. ..."
C_Alan_Nault How to Win the War on ..."
"Yup."
Max Marvel Finding My Inner Calamity Jane
"I an confused by the use of "aural" here: "In The Gutenberg Galaxy, he explained ..."
William G II The Gutenberg Imagination
Browse Our Archives
get the latest from
Catholic
Sign up for our newsletter
POPULAR AT PATHEOS Catholic
1 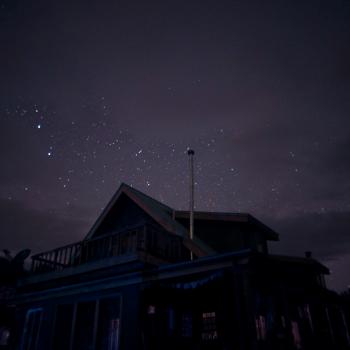