Why I Abandoned Compliance 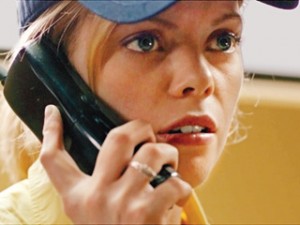 In each scenario, a perverse prank caller phoned a small business—usually a fast food joint—and persuaded employees to perform acts of sexual abuse. His targets cooperated, convinced they were assisting law enforcement.

I remember the news reports. I remember feeling disbelief, then disgust. How could people be so spectacularly gullible, so hard-hearted? When they put security camera footage of the crimes on television, I flinched. What could be gained from witnessing such behavior?

Now you can see this scenario reenacted on the big screen.

Compliance, a celebrated new film by Craig Zobel, brings us into a fast food joint, acquaints us with the team on duty, and exposes the pressures, biases, and distrust in their ranks.

As we listen to the prank caller work his magic, we watch the listeners’ bewilderment, hesitation, and eventual surrender to manipulation. And we see a young woman humiliated, stripped, and molested.

Confession time: I’m writing about a movie that I abandoned.

Some will say that I’m violating a rule of film criticism: Reviewers have a responsibility to give a fair and full assessment of what they see. If they walk out, they have no business reviewing what they didn’t finish.

It makes some sense to me. It would be rather presumptuous of me to cast judgment on a story I haven’t finished.

So let’s not call this a review. Call it a caution.

I’ve only walked out of five or six movies in the last twenty years. I count several horror movies among my all-time favorites, and I’ve endured films about evil beyond comprehension. Why did I flee sixty minutes into a skillfully crafted film about fast food employees?

That’s the real horror—the mind-boggling naïveté and cruelty. But this stuff really happened. As the film begins, gigantic capital letters tell us so.

Truth, then. Who could object to that? Why complain if this represents what actually happened?

While I cannot deny that the filmmakers show tremendous skill in representing “true events,” I must object to how they represent it.

In my college years, I worked at a video rental store. Students I recognized sometimes rented pornography, to watch acts that “really happened.” Others rented Faces of Death documentaries for the adrenalin-rush that comes from watching deaths caught on-camera.

Such entertainments exploit the bare facts in ways that narrow our vision, conceal essential information, and distance us from understanding. They separate physical sensation from conscience, body from spirit.

Facts, by themselves, are not truth. Georgia O’Keeffe once said, “Nothing is less real than realism….It is only by selection, by elimination, by emphasis that we get at the real meaning of things.” Details are not necessarily enough to deliver a rewarding experience.

Art inclines us to open details up and consider their relationships to things beyond themselves. In that way, we’re can find understanding in a fuller perspective.

The filmmakers could have told this story in a way that demonstrated curiosity or showed they cared about these characters. They might have shown interest in how these events reflect larger trends of cultural manipulation. (What voices persuade us to eat fast food garbage in the first place?)

And they might have shown a little bit of interest in these characters’ strengths, in any flicker of conscience.

But they seemed primarily interested in capturing every maneuver made by the caller, who sneers and twitches like a psycho in a prime-time police procedural.

Above all, Zobel betrayed my trust by inviting us to watch a young woman’s humiliation. I left because I could not bear to see her torments intensify.

Zobel claims he was investigating human nature, trying to understand how this could have happened. Perhaps so, but his movie felt like little more than a sustained experience of disgust.

I was reminded of The Jerry Springer Show and other daytime television spectacles that reduce people to beastly behavior and exploit them in moments of weakness for our entertainment.

I’ve defended Natural Born Killers against those who condemned it as lurid, or who blamed Oliver Stone for the copycat killings that followed. Harsh as it was, I found the movie to be a thoughtful, inventive examination of the cultural forces that created those killers.

Compliance seems designed to exalt the criminal, and to participate in his contempt for his victims. I suspect that the real-world villain would be delighted to find moviegoers enthralled by his achievement.

But no, I did not see the whole film. I might be wrong. Perhaps there are redemptive aspects that I overlooked.

I did wait a while before writing this down. I wanted to hear from other reviewers whose discernment I admire.

Michael Sicinski writes that Compliance is “as lurid as its true-life source material.” And Joe Morgenstern calls it a “nasty little bottom-feeder of a film…too condescending to be trusted, too manipulative to be believed, too turgid to be enjoyed, too shameless to be endured.”

I’m inclined to believe that I made the right decision. After all, if I allow voices to persuade me to resist my conscience, and if I make myself an audience to spectacles designed to dazzle me with devilry… how am I any different from those compliant pawns who allowed these horrors to unfold? 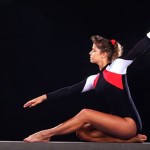