Home is the Place: Twelve Songs for 2012 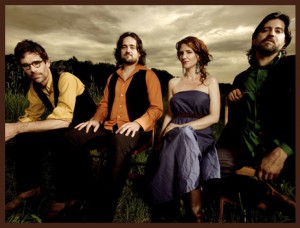 Robert Frost wrote, “Home is the place where, when you have to go there, they have to take you in.” I’ve only recently begun to realize that I’m becoming the “they” and not the “you.” Two things made me start thinking that this year: first, we had a kid, and second, we moved again, for about the fifth time in eight years. This move was just a few blocks down the street, but has been the most stressful, in some ways.

Why are we doing this again? When will we just stop? Will this ever be our home? I sit here at the Wired Monk, I watch the snow fall, and I try to figure out a way to make a home.

These are twelve songs released in 2012 that seem to fit that rubric, more or less. The usual caveats: I don’t pay that much attention to new releases, I mostly listen to records by white guys with beards, and I only have about five favorite bands, whose new songs always end up on these lists. (Perhaps they make me feel more at home?)

“Home” by Phillip Phillips, from The World from the Side of the Moon

Yes, this song is a total rip-off of a popular band (Mumford and Sons), who themselves have been accused of being a total rip-off of “a variety of quaint, beautiful, and touching things.” It was also written by robots for American Idol. Whatever. I heard this song on a commercial radio station in my car and it made me cry. I needed to hear the last two lines of the chorus. I cling to them.

“Tourniquet” by Hem, from Departure and Farewell

A song about Brooklyn that captures what it’s like to be ensconced in the pulsing, beating heart of a place. Hem is finally coming back with a new record (a song from that same infinitely delayed album was also on my 2008 list), and it seems they’re circling back toward the weary, cozy feel of their earlier work.

mewithoutYou continues to surprise; they took a turn back toward their post-punk roots with this record, but within a more straight ahead folk-rock framework, and are anchoring most of their songs with melodies now, rather than riffs or shouted refrains. I can’t stop rewinding this to listen to the transition at about 2:50. I predict you’ll do the same.

I haven’t been in touch with Johnny much since he moved back to the Pacific Northwest from Mississippi, but his new record is bigger and boomier, yet smaller and wearier, than his debut. This song is sweet, and sad—the singer can’t believe how good his life is, with home, wife, and family surrounding him, but it’s unclear whether he’s incredulous because it all seems too good to be true, or if he feels he doesn’t deserve it.

“Give it Back” by Sixpence None the Richer, from Lost in Transition

Sixpence None the Richer has been my favorite band for about 500 years, which is also how long we had to wait for this record to come out. It was worth the wait. “Give it Back” is a masterpiece, all parts working in service of the whole, guitar solos, handclaps, backing vocals, and the rest melding, by the song’s final minute, into an eloquent prayer.

“Everywhere Else (Agnostic Theme)” by The Opiate Mass, from Thou/Art

I keep trying to tell everyone they’ll love this band. I suppose it’s a small demographic that would buy equal parts Nine Inch Nails and Julian of Norwich—but please, try. “Everywhere Else” is more opaque, thematically, than some of their other work, but just as cathartic—a lament and a celebration of living between faith and doubt.

Samson (of the Weakerthans) unabashedly roots himself where he’s from —Winnipeg, Manitoba—in his songs. If I ever decide to become Canadian, this song about a small-town hockey star might be the thing that pushes me over the edge. It’s pre-made cultural history I can claim as my own, despite never having heard of the guy and makes me proud to sing “We, the undersigned, put forth his name.” (Note: the title above links to a petition, not the song.)

“Hold on When You Get Love and Let Go When You Give It” by Stars, from The North

This band has a way of writing lyrics that I feel were already tattooed on my heart. There’s something sublimely right about hearing pop music that believes wholeheartedly in its own bravado—and with Stars, that bravado is usually in service of love. I think this music is meant for teenagers, but I don’t think they’ll appreciate it as much as they should.

“It Ain’t Over” by Shad, from Melancholy and the Infinite Shadness

“All the cities seem the same till they’re home,” says Canadian rapper Shad on his latest release, built on samples from 90s rock and R&B. I think we can trust Shad on this, and much else, because unlike a lot of other “conscious” rappers, it doesn’t feel like he’s preaching so much as working out what he believes, to a beat.

“Do it Anyway” by Ben Folds Five, from the Sound of the Life of the Mind

The question, when Ben Folds Five reunited was: could they still be what they were in the 90s—fun, goofy, serious, heartbroken? Mostly, yes, though this track is the closest they get to the sloppy joy of their earlier work. “Do It Anyway” is more self-assured, too, as if they’ve earned the right to speak from experience, egging on the younger and less confident from the other side.

“I Have Everything I Want” by Lenny Smith, from Who Was and Is and Is to Come

Lenny Smith is the co-owner of Great Comfort Records with his son Daniel of the off-kilter Christian pop outfit Danielson. This comes from a set of fairly traditional worship tunes that wouldn’t have been out of place were it released in 1972. This song gently leans into contentment.

“Shall We Gather At the River?” by Wayfarer, from the River

Trend alert: Protestant hymns plus Beards plus Fleet Foxes style nostalgia-rock. There is probably backlash against this stuff already, but I’ve been digging most of it. (I’ve downloaded several records from indie rock bands simply titled Hymns this year.) Wayfarer does it with more class and less bombast than most.

The photo above features Hem.

January 1, 2013 Twelve Days To Sit with the God-Made-Man
Recent Comments
6 Comments | Leave a Comment
""Aural" refers to hearing, "visual" to seeing"
merphd The Gutenberg Imagination
""It doesn’t matter when you start the Sinatra Christmas playlist or put up your tree. ..."
C_Alan_Nault How to Win the War on ..."
"Yup."
Max Marvel Finding My Inner Calamity Jane
"I an confused by the use of "aural" here: "In The Gutenberg Galaxy, he explained ..."
William G II The Gutenberg Imagination
Browse Our Archives
get the latest from
Catholic
Sign up for our newsletter
POPULAR AT PATHEOS Catholic
1 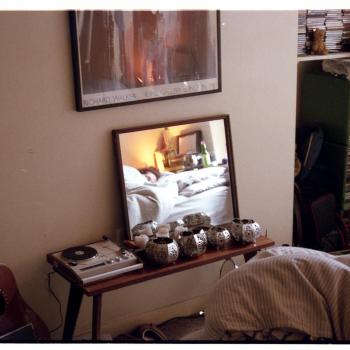