The Poverty of Language 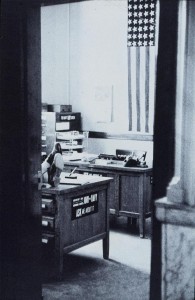 Another exercise. This one an exercise in seeing deeply, visualization, sketching from memory, and composing a written sketch of a photograph held in memory.

Here’s what I asked students in my “Contemplation and Imagination” class to do:

After this, I invited the students to talk about their experiences of the exercise. One soft-spoken student said, “the word wood to describe the desk—it misses so much.”

Yes, I thought, it’s inadequate, reductive. Lost is the grain. Lost are the shades of lighter and darker wood. It’s why translating sensory experience into language that retains at least some of the texture, complexity, and nuance of physical sensation is so hard.

On my drive home from class that night, I thought: language, whatever else it says, it always says, I sing of loss, I mourn.

I am what is missing.

For the first time in many years (twenty? thirty?), I think of Mark Strand’s poem “Keeping Things Whole.” It begins:

In a field
I am the absence
of field.
This is
always the case.
Wherever I am
I am what is missing.

When she wrote “wooden desk,” did my student think oh, my, there’s so much missing?

“The higher goal of spiritual living is not to amass a wealth of information, but to face sacred moments,” writes Rabbi Abraham Joshua Heschel in The Sabbath.

Maybe she, my student, experienced the disappointment, the despair that comes from losing “a wealth of information” as she tried to preserve in words what she had seen.

“Little we see in Nature that is ours,” writes Wordsworth.

Then we try to tell it, but the words are inadequate. They fail to convey to others what is, alas, unbearably ours and ours alone.

But this is not what troubles Wordsworth in “The World Is Too Much With Us.”

“We have given our hearts away,” he writes, to “getting and spending,” manufacturing and consuming. (As then, 1806, now?)

Where might we turn to have our hearts returned to us? Nature.

This Sea that bares her bosom to the moon;
The winds that will be howling at all hours,
And are up-gathered now like sleeping flowers

Wordsworth gives us nature—intimate, vulnerable, vital—only to show how it has withdrawn from us or, as he writes in the next two lines, how we have become alienated from it.

For this, for everything, we are out of tune;
It moves us not.

Numb and suffering the acute pain of the loss of his tuneful bond with nature, Wordsworth cries out sharply,

Great God! I’d rather be
A Pagan suckled in a creed outworn;
So might I, standing on this pleasant lea,
Have glimpses that would make me less forlorn

Exposed, raw, and at once vulnerable and strong, Wordsworth is nowhere more present in this poem than here: “Great God! I’d rather be / A Pagan suckled in a creed outworn.”

But he isn’t a pagan, and his anguish is addressed to God.

And he doesn’t turn from the lea, the very spot from which he sees and hears the sea and suffers the absence of feeling, the loss of what he once felt in nature.

Sonic patterning: that’s one way a poet tries to make up for the poverty of language, its inherent inability to express the fullness of sensory experience. Just listen to the repeated and modulated sounds running through the few passages of Wordsworth I quoted above. (Go ahead, scroll back up, and read those passages aloud.) Say and feel in your mouth the fullness of this line alone: “A Pagan suckled in a creed outworn.”

Metaphor, or, more broadly, comparisons: that’s another way. Kenneth Koch, in Making Your Own Days: The Pleasures of Reading and Writing Poetry, says this about “comparisons”:

A comparison not only compares things but brings in more of the world. Explanatory sentences tend to restrict and even to reduce the amount of reality in what is being said; poetry, with its comparisons, expands it.

Thus, that seductive sea, that lustful, raging wind “up-gathered now like sleeping flowers.” How impoverished would the poem be if the sea were merely moonlit, the wind merely blowing all night, and both seemed distant and small and made little impression on the man on the lea.

I’m not a good writer. I don’t like writing. That’s what she could have thought, my student, when she looked up at Frank’s photograph and down at her written description of it.

I don’t know if she thought that. I know only this: she experienced loss in the classroom that night, and she was courageous enough to share her experience with the rest of us.

Those other thoughts—I’m not a good writer; I don’t like writing—arise immediately after experiencing loss, to “protect” us from repeating the mistake that made us feel bad in the first place: writing.

The rest of Strand’s poem:

When I walk
I part the air
and always
the air moves in
to fill the spaces
where my body’s been.

We all have reasons
for moving.
I move
to keep things whole.

“There is nothing as whole as a broken heart,” says the Kotsker Rabbi.

Writing: it breaks your heart to make it whole.

February 28, 2013 The Way of a Pilgrim
Recent Comments
10 Comments | Leave a Comment
"Ah, so now the imaginary War on Xmas is transmogrified into The War on Santa, ..."
David Miller How to Win the War on ..."
""Aural" refers to hearing, "visual" to seeing"
merphd The Gutenberg Imagination
""It doesn’t matter when you start the Sinatra Christmas playlist or put up your tree. ..."
C_Alan_Nault How to Win the War on ..."
"Yup."
Max Marvel Finding My Inner Calamity Jane
Browse Our Archives
Related posts from Good Letters