Will a Migraine Make Me Holy?

Will a Migraine Make Me Holy? March 5, 2013 Lindsey Crittenden 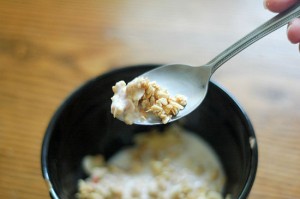 In her collection The White Album, published in 1979, Joan Didion has an essay called “In Bed.” The essay is about migraine headaches, which Didion suffers “three, four, sometimes five times a month.”

Her migraines are much, much worse than mine, but every few weeks, when my first conscious moment involves the awareness of a headache, I think of her.

I don’t take the powerful drugs she does—for me, over-the-counter Excedrin does the job—and I don’t suffer the aura. I don’t run through red lights or give the appearance of being drunk.

But I do give in.

I didn’t get migraines until I was in my late thirties, when so much of my physical makeup changed on me. My bullet train of a metabolism put on the brakes; my chin started sprouting occasional (though still blonde, mind you) hairs; I woke up with headaches so bad I thought I my skull would split. Lying down, standing up, heaving into the toilet: every posture made it worse.

They’re much better now; I rarely throw up. But when they arrive, I stay in bed. Not all day, as Didion describes, but long enough to go back to sleep and to wake up refreshed. Didion writes how “migraine [acts] as a circuit breaker,” and I know just what she means. It’s a good feeling, a feeling I’m starting to see I might actually be cultivating.

I got home last night around five-thirty, feeling cranky and pressured and tired. I wanted only two things: the day’s crossword puzzle and a bowl of Trader Joe’s Os. I wanted to zone out, to not think about a student’s final assignment or the writing I hadn’t done or Wednesday’s meeting.

I poured a bowl of Os and started the puzzle, whizzing my way through the top grid (it was Monday, after all). There was some milk left in the bowl, so I got up for more Os. I ate them, and then added more soymilk, then more Os. This cycle repeated itself as I worked my way down and across the puzzle.

I didn’t even allow myself to feel satisfaction before the craving hit again: More, more, more.

I don’t eat this way at meals, by the way. It’s a private indulgence, like sneaking candy from the cupboard. The fact that it’s something as ordinary as cereal—well, I guess that’s pretty transparent. At least I’m not chowing down on chocolate-chip cookie dough, right? A bowl of cereal doesn’t sound like something that would, in Sister Joan Chittister’s words, “smother me.” (More about Sister Joan in a minute.) And yet…

Gone were the thoughts about how to help my student bring her work up a notch or two. Gone were the insights about how a frustrating conversation with my nephew pointed out how much I want family. Gone were the feelings of loss, the intense pressure-cooker of panic about leaving a therapist, leaving in their place slothful satiation.

And this morning a migraine.

I didn’t think just of Didion when I woke, groaned, and pulled the pillow over my face. I thought of another Joan, too—Sister Joan Chittister, the Benedictine nun whose book The Liturgical Year: The Spiraling Adventure of the Spiritual Life has been selected as the table reading for my weekly lay Benedictine group.

Last night, after my cereal fix, I went to join the group for vespers and a simple meal. Over split-pea soup, we listened to Sister Joan’s reflections on Lent. The asceticism of fasting, she writes, “exposes to seekers the distance between self-control and the compulsion to self-satisfaction.”

Nothing like denying yourself a creature comfort to, as she puts it, “give an edge to the capacity for spiritual concentration.”

I hadn’t phrased it quite that well, but something like that triggered my decision to give up wine this Lent. All too often I reach for a glass of wine because I crave something more. Why not say no to the chilled bottle in the fridge and let myself explore the deeper thirst within?

Actually, it’s been surprisingly easy, so far. I hardly miss wine. I know—I have weeks to go. But perhaps, in addition to wine, I should have added cereal to my fast. I knew, before now, that cereal eaten in the evening often leads to a migraine in the morning.

So, yes, I brought on today’s migraine—as a way to check out, sure, but also as a way to throw the breaker, to clear the circuits. My husband Craig brought me an Excedrin migraine pill and the big pillow, which I propped my head against and closed my eyes, placing another smaller pillow for just the right amount of pressure and dimness on my forehead and over my eyes. I didn’t need a lot more sleep, just another forty minutes, and when my eyes opened, the day felt do-able.

I don’t know where I went in those forty minutes, but I felt renewed. Still, I knew I’d sidestepped the real renewal, the kind Sister Joan describes, the kind Lent calls us to cultivate.

I’m going to Trader Joe’s later. And guess what’s not on the shopping list?

March 4, 2013
The Day My Parents Were Raptured
Next Post

March 6, 2013 Vengeance Isn’t Mine
Recent Comments
6 Comments | Leave a Comment
""It doesn’t matter when you start the Sinatra Christmas playlist or put up your tree. ..."
C_Alan_Nault How to Win the War on ..."
"Yup."
Max Marvel Finding My Inner Calamity Jane
"I an confused by the use of "aural" here: "In The Gutenberg Galaxy, he explained ..."
William G II The Gutenberg Imagination
"My friend is looking for a Pepper Smith he served in the army with, was ..."
Christine Budnack The Love Song of Pepper Smith
Browse Our Archives
get the latest from
Catholic
Sign up for our newsletter
POPULAR AT PATHEOS Catholic
1