The Poems Left In Me 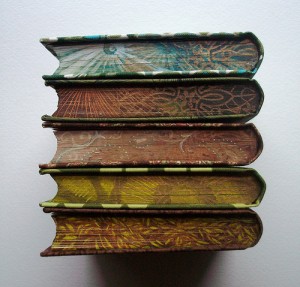 With gratitude to the poets whose poems gave me this.

The poems left in me a room in which every suffering has a different smell, five summers and five long winters, boatloads of thuya, and silence on a peak in Darien.

The poems left in me grass all blowing in the same direction, twenty seven bathers and one woman, one yearning woman, watching from behind curtains, and angel-headed hipsters on negro streets at dawn searching for an angry fix.

The poems slipped into me, though not like an intruder. The poems left, when I turned the page, when I shelved the wafer-thin book, when I darkened the screen, leaving behind a still, unravished bride. The poems left with a bow not knowing to what.

I would like to say that I welcome each poem equally—the awful rowing of this one, the hammer of that one swinging overhead so strong, so sure—the way Abraham welcomes strangers to his tent: with lamb, with warmth. They are angels, but Abraham discovers this only after they have gone, only after the miracle they promised comes true.

The poems promised me nothing. More than traces, more than wisps, the poems left in me paired butterflies and squealing housewives. They left in me god’s wrath, coiled forever in my questioning. They left in me a drunken sailor dreaming of baboons.

A door closing on a room to which men at forty will never return, bare-ruined choirs where late the sweet birds sang, a church inside which nothing is going on, a filling station, its oil cans arranged to say so, so, so….

Where was it one first heard the truth? The the.

A collector’s life, though what I’ve collected is rarely on display.

Do not be deceived by the shelves and stacks of books in my office, throughout my home. If you think they are what I hold dear, go ahead, choose one and slip it from the shelf, lift it from the stack. Every word is in its place. Not a word, phrase, line, stanza missing. No evidence of what the poems left in me.

My annotations? They prove nothing, neither that this poem left lions in me nor that the other poem left in me a cup with a chipped lip.

Downward to darkness on extended wings: a private life.

Ah, the heart, the forgotten dialect of it, music that hurts.

Where the dearest freshness lives: deep down.

Put your ear to my chest. Can you hear the mermaids, America singing its letter of recommendation? Now, in the black milk of daybreak, seems it rich…sorry I cannot travel the endless distance…longing…tolls me back.

The poems left in me a queer gathering, a mother skunk, a fork, a flight of small schools and creeds that must have crept right out of hell, a thirst for salt. And when I could not see to see, when the last book was flung, mother finally ******, when I dipped my spoon into the alphabet soup of time, when the chicken hawk flew overhead on its way home, when the tourist from Syracuse stared back at me in the men’s room mirror, I alone in the fluorescent moment of recognition knew that I have never been alone.

Michiko, Kai, and Carl, pale Ramón, stout Cortez, Richard Cory, Shulamith, Robert Boardman Vaughan: the poems left in me your names. In memory, my memory, they live. From memory, they are retrieved.

As long as words, what the poems left in me, survive, they may be retrieved again, recovered.

April 5, 2013 The Moveable Feast of Memory
Recent Comments
4 Comments | Leave a Comment
Browse Our Archives
get the latest from
Catholic
Sign up for our newsletter
POPULAR AT PATHEOS Catholic
1