Before the Fall of Baseball 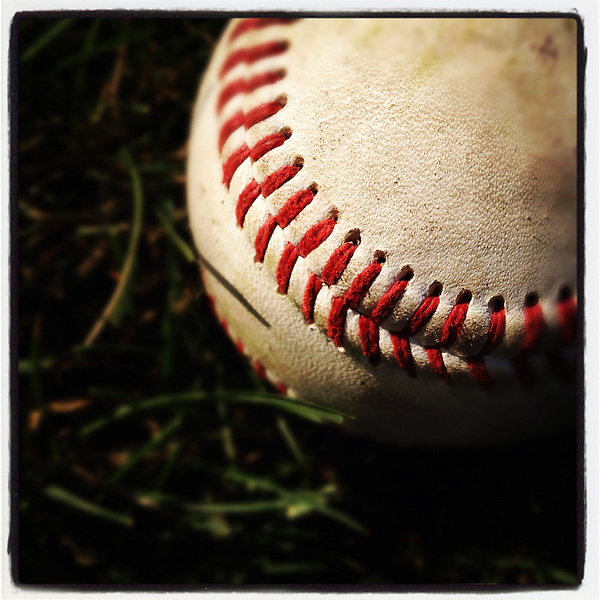 As a child, school did not rank high on my priority list, which meant my report cards led my parents to believe that, intellectually, I was probably about as dense as a baseball.

While watching a Kansas City Royals game on TV with my father one day, however, I made the mistake of reciting the batting averages of a few players from memory. After verifying the statistics using the career information on my baseball cards, my parents realized—much to their consternation, of course—that I lacked not smarts, but the will to apply myself in school.

I could never coast through class again. But the experience did confirm something for my parents, and somewhat paradoxically: While I was not as thick-headed as they thought, I did have a baseball for a brain. I thought of little besides America’s favorite pastime in those days.

Insofar as one worships what one thinks about most, I bowed before that sport as a boy. Much as the Greeks lived in close proximity to their gods, who dwelled on Mt. Olympus, my family lived in Odessa, Missouri, only a half-hour’s drive from Kansas City, where the Royals loomed larger than life for me.

I even met a few of those baseball diamond deities with my friend Jeff, a fellow devotee who lived down the street from me, when his parents took us to a baseball card expo. Jeff and I traded cards, listened to Royals games on the radio, and occasionally witnessed our heroes in action at Royals Stadium before it became Kauffmann Stadium in 1993.

In hopes of someday becoming like George Brett or Bo Jackson, we also swung bats and slung balls behind the parsonage where my family lived. Our backyard ended at the beginning of a grassy expanse that might have been comparable in size to a major league field. Almost as often as we belted the ball into that field, however, we fouled it over the crabapple tree, over my neighbors’ fence, and into their pool.

I sent letters to my favorite players—some promising rookies, others venerable veterans—and enclosed baseball cards for them to autograph, along with self-addressed stamped envelopes. To ensure that my mail would stand out, I took painstaking care to pencil portraits of the players on the mailing envelopes. A few players signed the cards and returned them: San Francisco Giants walloper Will Clark, Chicago Cubs center fielder Jerome Walton, and Royals pitcher Kevin Appier.

But my card collecting, ball playing, and letter writing ceased with the strike of 1994, which lasted 232 days and resulted in the first cancellation of the World Series since 1904. At sixteen, I turned my back on baseball, and I only returned to it recently.

The strike began when team owners and players reached an impasse about financial matters my teenage mind could not comprehend. I only understood that the purity of the sport, at least as I knew it, had been sullied by greed. Apparently, I was not the only one who felt this way. When play resumed in 1995, game attendance dropped by almost twenty percent.

After discovering Baseball, Ken Burns’s eighteen-and-a-half-hour documentary series, however, I am beginning to see baseball with new eyes. While I once saw the strike of 1994 as an expulsion from the sporting equivalent of Eden, with angels swinging Spalding bats at the gates of the stadium to keep the players out of paradise, I now realize my perspective was wrong all along.

In Burns’s documentary, I saw a sport no purer than any other human endeavor. Baseball fell from grace long before 1994, and perhaps no more so than when eight members of the Chicago White Sox conspired with gamblers to fix the 1919 World Series. After the team handed victory to the Cincinnati Reds, Commissioner of Baseball Kenesaw Mountain Landis banned the players who participated in the “Black Sox Scandal” from Major League Baseball.

As I watched the documentary, I wondered how many boys gave up on baseball after the Black Sox Scandal. How many more had abandoned the sport during the Steroid Era?

In idealizing the sport as I did as a boy, I came to see it as a remnant of prelapsarian humanity. When I think of my misguided perception of baseball, Woody Allen’s Midnight in Paris comes to mind. In the film, Owen Wilson plays Gil Pender, a writer who visits Paris with his fiancé, and finds himself magically transported to the 1920s—the city’s Golden Age, in his estimate—every night at the stroke of midnight.

Pender whiles away the hours with literary luminaries like Ernest Hemingway, F. Scott Fitzgerald, and Gertrude Stein, and falls for an inhabitant of the era named Adriana, who sees 1890s France—the Belle Époque period—as the city’s Golden Age. Much like Pender, I romanticized baseball’s past and perceived the present as a polluted version of a once pure thing, but failed to realize that those who came before me probably did the same.

The only people in human history who might have rightfully dreamed of a purer past were Adam and Eve. We who have followed in their footsteps would do well to learn that loving anything in this world means loving a fallen version of that thing. It is far better, at least for me, to embrace baseball in all of its brokenness, than to live in endless disappointment with the sport that set my childhood afire.

If I am really honest, in fact, I know that even as a child, I corrupted baseball in my own backyard.

“If you hit the ball into that crabapple tree again,” I once said to my friend Jeff, “I’ll sock you in the nose!”

I never socked Jeff (or anyone else for that matter) in the schnoz, but a world where one friend would threaten to strike another over something so trivial is no Eden at all.

May 23, 2013 Why We Can’t Look Away
Recent Comments
3 Comments | Leave a Comment
Browse Our Archives
Related posts from Good Letters