The Marrow of Prayer

The Marrow of Prayer May 8, 2013 Shannon Huffman Polson 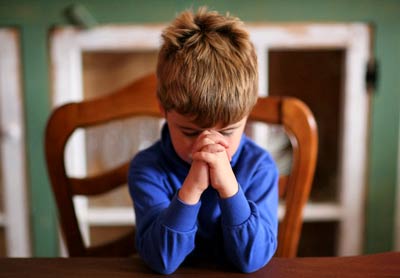 Early this year, Spanish researchers published a peer-reviewed paper considering the evidence of social learning in Middle Pleistocene hominids as indicated by patterns of butchery.

In the study, part of the Bolomer excavation under the auspices of the Prehistory Museum of Valencia, researchers examined bones to find that breakages during butchering to extract marrow occurred at unlikely places, indicating a specific intention, knowledge and practices transmitted through the generations from parent to child, grandchildren, and great-grandchildren.

I tuck in my three-year-old at bedtime under a mural I painted for him of mountains and trees and animals from his favorite storybooks: Owl Babies, Curious George. I turn the lights off, and brighten the dimmer three clicks, just enough to see. Aslan—the lion from the Narnia books I can’t wait to read to Sam when he’s a couple of years older—emerges from the dark with a slightly punk-rock mane on the wall just above my son’s pillow.

He snuggles under a quilt friends made for him in honor of his Nana and Papa who died before he was born. We read two books.

Our routine is the books, and then singing one of several lullabies my mother and father sang to me. And we say a prayer, the Lord’s Prayer or the Twenty-Third Psalm.  He watches my mouth and my face intently. We say it every night until one night I realize he is saying it ahead of me. Another night when bedtime came after a scuffle he glowers at me and says: “You don’t say it! I say it!”

I decide guidance in delivery is trumped by content. He calls the Lord’s Prayer “The Jesus prayer,” and Psalm 23 “The Lord is my shepherd,” and he almost always prefers it, even at dinnertime. As far as writing goes, it trumps the Lord’s Prayer: Sam likes stories, and the Psalm has concrete details like pastures and water and valleys and tables, not only kingdoms and wills and trespasses.

On occasion anointing heads with oil and cups overflowing is left out. I can understand. In our kitchen we encourage oil and milk to stay in their bottles and cups.

Pronunciation during these recitations is dicey. I don’t suffer any delusion that there is great depth of understanding. Growing up in mountain territory, I’m not sure my son knows what a pasture is yet, and I pray the meaning of evil and the shadow of death will evade him for a long time to come.

I imagine he has achieved the level of understanding of the “donzerly light” I belted out in the national anthem until learning the actual words at the not-particularly-precocious age of ten.

But he is committing these words—or sounds, at least— and rhythms to memory. He is learning them by heart.

It is popular in the spiritual-but-not-religious city of Seattle to say that parents want their child to make their own choices about faith when they are old enough to decide. But in Kaddish by Leon Wieseltier, he quotes an unnamed rabbi as saying that in order for an adult to have the ability to choose her own faith journey, she must have been brought up in some faith as a child. She must have had the idea of faith presented, the practices of faith learned, wisdom passed down from one generation to the next.

Cheryl Strayed, author of the recent Wild, expressed disappointment in an interview that her mother had not shared her faith with her. Then her mother died and Strayed didn’t know how to find her way. Another woman’s parents were killed in an accident while she was in her teens. Her parents had intentionally not brought her up in any faith tradition, since one was Christian and one Jewish. She, too, was angry. She didn’t have any prayers she knew to pray. She didn’t know the Lord’s Prayer.

I am painfully aware of more failures than successes as a parent. I know my children need more than my husband and I can provide. And whether they come to that realization by our deaths, or in adolescence, or both, the least I can do in all of my inadequacy as a parent is to ensure they have spirits stretched and trained to grace, so that they might lean into that beauty when they most need it.

I’ve knelt by a grave on a windswept tundra hill and prayed the Lord’s Prayer and the Twenty-Third Psalm because I didn’t know what else to pray. I’ve been thankful for words I can work to understand, even when the meaning might lie in the space between words. I’ve been grateful for the stuff of mercy to turn over in my head, for something my soul can rest in and hold on to and take apart over and over again until it makes sense or starts to be beautiful.

This is what I want for our children: the sounds and rhythms and words of prayer to wrestle with and explore when the world falls apart.

“I want to say prayer!” says our toddler. His soft small hands are holding my husband’s and mine before dinner. My husband is mere seconds away from bowing his head to give thanks.  The table is laid with a simple dinner I’ve made to build our son’s body and brain. We sit together to build his heart. We pray to build his soul.

At some point life is going to break him at a hard place, more than once, and I want him to have what he needs to heal. I want him to find marrow in his bones.

“The Lord is my shepherd,” my son begins…

“Thy rod and thy staff they comfort me.”

I keep my eyes closed above a half-repressed smile, sparked by amusement, but sustained by deep gratitude.

May 9, 2013 A Theology of Singleness, Part 1
Recent Comments
4 Comments | Leave a Comment
""It doesn’t matter when you start the Sinatra Christmas playlist or put up your tree. ..."
C_Alan_Nault How to Win the War on ..."
"Yup."
Max Marvel Finding My Inner Calamity Jane
"I an confused by the use of "aural" here: "In The Gutenberg Galaxy, he explained ..."
William G II The Gutenberg Imagination
"My friend is looking for a Pepper Smith he served in the army with, was ..."
Christine Budnack The Love Song of Pepper Smith
Browse Our Archives
get the latest from
Catholic
Sign up for our newsletter
POPULAR AT PATHEOS Catholic
1

Ginsberg Replacement: Can Mitch McConnell Count to 51?
Justice Ruth Bader Ginsberg has died of pancreatic cancer at the age...
view all Catholic blogs
What Are Your Thoughts?leave a comment
Copyright 2008-2020, Patheos. All rights reserved.