A Theology of Singleness, Part 1

A Theology of Singleness, Part 1 May 9, 2013 Guest Contributor 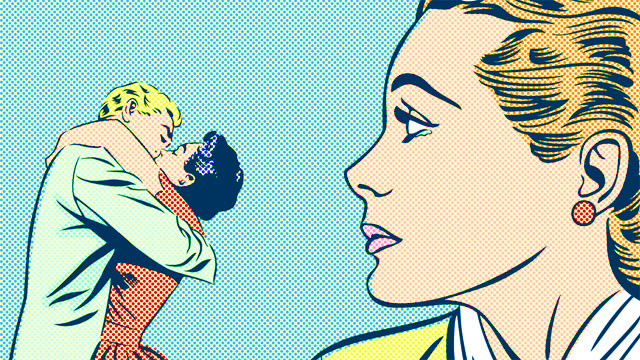 Publishers today are churning out self-help literature at ever-increasing rates. Many of these tomes aim at helping selves better enjoy or endure singleness.

Based on my acquaintance with this literature I can say that few areas of descriptive English fail so utterly to satisfy as the nomenclature of singleness. Virtually every term of choice sells somebody short, whether single persons themselves or the “attached” persons from whom these terms are supposed to offer useful distinction.

Singleness implies a state of doubleness in others, thus implying that the single person lacks some essential element. With this particular family of words, classification bleeds into character indictment. “Singleness” says too little and too much.

To be “unattached” is to resemble a detached retina.

To “go stag” or “fly solo” or be “footloose and fancy-free” is to elope with an ass.

To call oneself “free,” “independent,” or “unencumbered,” while often harmless in intention, smacks all too much of displaced aggrievement, and pays too much heed to tedious stereotypes of marriage as a glorified correctional facility.

Expressing a little verbal consolation in the face of personal disappointment is no crime. But no conception of selfhood is worthy if it depends on the imperfections of others.

As a single man I ought to consider myself lucky, because all options for referring to single women are plainly dreadful. At least I have “bachelor.” But “spinster”? “Old maid”? And although “bachelorette” carries the weighty imprimatur of television, it sounds like a mere diminutive graft from a masculine term.

I find aptness in the mists of verbal imprecision overhanging single life. After all, the single person has no equivalent for the civic definition of married life. There is no institution of singleness. No ritual or vow binds the unmarried as such. No rings or songs or dances or throngs of jubilation attend a person’s entry into the world of singlehood.

Parents tend not to gush in supermarket lines about non-marrying children. Artists receive no grand tradition of bachelor-related art (except for P. G. Wodehouse, the Shakespeare of unmarried life).

All of which is as it should and must be. Society’s most abiding interests center on fruitfulness in marriage. The burdens of singleness are real, but they are not assumed in front of witnesses, and should these burdens overwhelm a person, their rupture is less likely to multiply griefs upon innocent parties in the fashion of a failed marriage.

The single person’s struggles matter very much to God in his sparrow-cherishing, sheep-pursuing mercy, but not so very much to society, at least not in obvious ways.

So long as marriage retains its institutional vitality, it will always bear the greater share of interest for storytellers because its participants have—more visibly than anyone else—one foot planted in the world of necessity and the other in eternity.

That terms for singleness proliferate reflects a search for identity. Different terms of self-identification offer the young and the restless a sense of haven.

Makoto Fujimura makes a fascinating observation on the Genesis account of creation. He finds chronological significance in Adam’s naming the animals:

In Eden, Adam the poet names animals, and then discovers his need for Eve. Before the Fall, Adam’s creativity revealed his inner lack. After the Fall, then, the whole creation longs for a redeemed humanity to appear, not to return us to the Edenic state, but to move us into a better longing, for the New Creation.

Adam’s creative work led to a name for his inner void. The void was not eradicated but highlighted, and his task sustained him while shepherding him toward his future life.

In singleness I too hunger for hints and gestures at the strange narrative in which my oblong life must fit. Rebecca West writes in Black Lamb and Grey Falcon: “If one’s own existence has no form, if its events do not come handily to mind and disclose their significance, we feel about ourselves as if we were reading a bad book.”

Contrary to Leo Tolstoy’s famous stupid maxim, as many ways of being single exist as ways of being happy or unhappy in wedded and family life. Therefore, with relief I jettison the vexed problem of designation, and tomorrow, in the second part of this essay I will simply refer to myself, with no attempt at typifying or generalizing what is individual by definition.

May 10, 2013 A Theology of Singleness, Part 2
Recent Comments
4 Comments | Leave a Comment
Browse Our Archives
get the latest from
Catholic
Sign up for our newsletter
POPULAR AT PATHEOS Catholic
1