A Theology of Singleness, Part 2 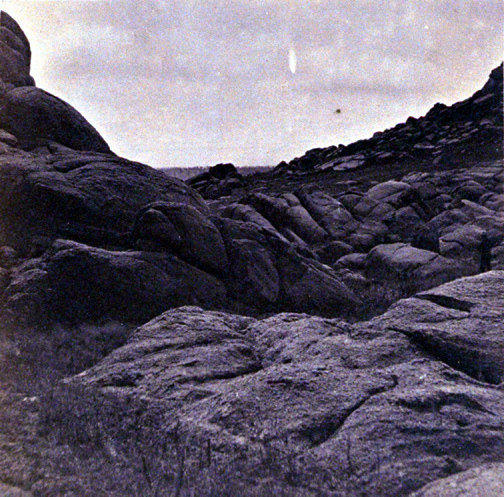 Alan Jacobs recently made a wise observation: “there are certain kinds of ‘growing up’ that don’t happen until you get married—that simply getting older doesn’t do for you.”

I’d like to point to some parallel category of knowledge specific to singleness, but I don’t know if I can. Marriage seems to reconstitute one’s experience of time in a way that singleness simply cannot.

Man is the doubtful creature: every avenue of life prompts its own order of doubts and questions. Have I merely aged with time, or do I exhibit a pattern of real growth made possible precisely by the strange road my life has taken?

Single time offers few intimations of meaning through which one may map one’s experiences. Because the sacrifices of marriage are not incumbent on me, whatever difficulties I do encounter tend not to carry the immediate reminder that one’s troubles are folded into a greater good.

The perpetually single Christian confronts a genuine void, into which subterranean questions about one’s motivations and purpose have a habit of oozing.

Single life has its seasons of joy and freedom. And there is boredom, fear, sadness, stagnation, and emptiness.

I relish the void when I wish to pity myself; I resent it when the consequences of self-pity prove inconvenient. But loneliness is not the exclusive property of singleness that I, crowned in self-regard, might like to imagine. A grain of truth obtains in Anton Chekhov’s admonition: “If you are afraid of loneliness, do not marry.”

I understand how some strains of loneliness may be unique to marriage, since marrying can take once fruitful relationships to a necessary point of terminus or drastic alteration.

Building on Makoto Fujimura’s observations mentioned yesterday, Andy Crouch in his essay, “The Gospel: How Is Art a Gift, a Calling, an Obedience?” offers great insight on creativity and cultivation in the second chapter of Genesis. Crouch considers the precious gold and bdellium and onyx of Havilah, near the river Pishon:

They are latent—lying below the surface of the very good world. Only by exploration and excavation will they be discovered. Only by experimentation and craftsmanship will their possibilities be disclosed. God has placed primordial humanity in a world that will only reach its full potential for beauty when it is cultivated, explored—where more goodness waits to be unearthed. The world is even better than it appears. The gold of that land is good.

One gift of singleness is a certain intensity of perspective, ideal for attending to latent goodness and beauty.

The Austrian writer Adalbert Stifter wrote a beautiful story called “Limestone,” which relates a surveyor’s glimpse into the life of a poor country priest. As the surveyor learns, this unnamed man became a priest in the wake of great personal loss long ago. His pastoral devotion extends to the gnarled karst landscape, which is, in his plain benediction, “as God has made it…and at times it is more beautiful than any region in the world.”

In her introduction to Stifter’s tales, Helen Watanabe-O’Kelly remarks: “The priest in Limestone learns to see and love the unpropitious karst which most people find hideous. Here he finds his moral purpose, yet the karst, like himself, is hiding something, for all its flora and fauna are to be found only by attentive searching in little cracks in the stones.”

The priest’s secret is a sacrificial gift to his parish, revealed to the community only after his death.

Karst is a landscape defined by erosion. Where there is no dissolution, there is no karst—just regular soluble rock like limestone and gypsum. The vegetation of karst derives where water collects: in the terrain’s flaws and scars. Life stems from hidden cavities through which water springs to irrigate many regions. Acidic depletion carries the danger of water pollution, and so karst culture requires vigilance in care and stewardship.

My life bears scant resemblance to the country priest’s path of quiet self-sacrifice. But I recognize “the unpropitious karst,” where the cultivator is called into places of scarification and general gnarliness.

I came to understand that whole orders of creativity are possible only in singleness, and without the cross-irrigating influence thereof marital life would suffer. The single person stands in a unique position to demonstrate that “the world is even better than it appears.”

I resolved singleness in high school and am prepared to carry on for the remainder of my life. But I make no demands on the future. Perhaps they know me better than I know myself who tell me that I am, in spite of it all, suited for marriage.

But in the meantime I embrace the mean times.

By the meantime I mean the time. I mean the brimming palette of days stretched out in front of me, ready for exploration, pooled there along the warped rim of my vision. Look at this prospect of sunken hills and lustrous trees and gleaming good water. Look at these gem-laden plants feeding the soil.

What shall I see today, venturing into the Lord’s provinces? What shall I make today? What garment shall I weave from earth’s inner thoughts spiced with gold? What tapestries of earthen ornament might be formed and adorned with jewel-extracted dyes? What resplendent dream waits to be born from ancient scars and striations? What impulse of divine joy sustains the patient stones and herds the glacial ice?

These fossils were living plants once, and wait in long desire. Agate, chrysolite, jasper: the rock that made them made the one that named them.

May 13, 2013 Two Tribes: Good Wishes and Good Works
Recent Comments
2 Comments | Leave a Comment
Browse Our Archives
get the latest from
Catholic
Sign up for our newsletter
POPULAR AT PATHEOS Catholic
1