A Feast for Hungry Eyes: An Interview with Sam Phillips, Part 1 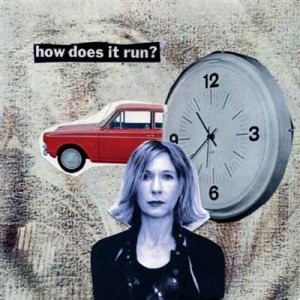 Many songsmiths have struggled to navigate the commercial wilderness that arose in the aftermath of the music industry’s collapse. Singer-songwriter Sam Phillips, however, has played the part of intrepid explorer, forging brave paths across this foreign landscape.

In October of 2009, she created a subscription service for her fans called The Long Play. For fifty-two dollars, her devotees could feast at her musical banquet table and partake of the sonic equivalent of a seven-course meal over the following year. In the end, she supplied subscribers with five EPs, an LP, and other delectable audio hors d’oeuvres.

When I subscribed, Phillips’s business model struck me as a contrarian response to the “pay what you want” price pioneered by Radiohead with the release of 2007’s In Rainbows. With The Long Play, in addition to eschewing traditional format and release conventions, Phillips made a convincing argument for music’s monetary value.

Phillips and I recently connected via phone to discuss her forthcoming independent album, Push Any Button, which is another chapter in her life after record labels. We also talked about the music she composes for ABC’s dramedy, Bunheads, and the dissolution of The Long Play, among other things.

Sam Phillips: Pretty Time Bomb was the working title for Push Any Button. It began as an offshoot of The Long Play. I wrote “Pretty Time Bomb” and another song and decided not to include them on The Long Play. They seemed to be headed in a different direction musically, and I wanted to fill them out and take my time with them instead of putting them out quickly. That was the whole premise of the LP.

The album was titled Pretty Time Bomb until the Boston Marathon bombing. I wanted to be sensitive to that.

CTJ: But you originally planned to release the album in the fall of 2011, long before the bombing. Is there a story behind the record’s delayed release?

SP: We were rounding the bend, finishing the album, when my friend Amy Sherman-Palladino got a contract to produce Bunheads. She wanted me to do the music, so that took a little bit of time away from the album—but it was a happy detour.

CTJ:What has it been like to write music for Bunheads? Does the process differ from writing music for a Sam Phillips record?

SP: Oh, it’s been an absolute joy. We didn’t have as big of a budget as we did when I worked with Amy on the music for Gilmore Girls, but in some ways it was even more fun. I had to come up with surf music for a jukebox at a watering hole called The Oyster Bar. Eric Gorfain and I also had to write music for a bad magician act outside of Vegas—things I never would have done had I not written for Bunheads. It was kind of like having an alter ego, musically—getting to put on a wig and a funny outfit. It was really very fun.

We’re waiting to hear whether the series will continue or not. For some reason it’s been in limbo for quite a while. We’re not sure what that means. But any project that Amy wants to do, I will absolutely do.

CTJ: Has writing for television influenced your personal songwriting?

SP: I think it’s challenged me not to be so uptight about writing, because TV deadlines are quick. I learned that with Gilmore Girls. I had to get things done.

CTJ: I know that, in the past, your songwriting has been influenced by what you’ve been reading. What literary influences, if any, have impacted the writing of Push Any Button?

SP: I’ve read some good things, but literature hasn’t influenced my writing in recent years as much as living has. I have come to a point in my life where I think about sustainability when I make art. Because if my life is torn apart by travel, egoism, or focusing on things that don’t matter, then my art means nothing.

Also, seeing the music industry—the structure—collapse has had a really interesting influence on my art. For instance, doing The Long Play, I had to write a lot of songs quickly. I put that on myself because I wanted to push into the new “non-format.” So I think those things have influenced me more than literature.

I’ve certainly read a lot in my life, but sometimes I feel like my head is so full of other peoples’ voices that I want to get back to what my melodies are saying, and to what’s important, if that makes sense.

The visual arts have also really meant a lot to me in the past five years. Somebody once gave me a book by Raymond Frank Piper called The Hungry Eye, which I thought was just a beautiful title. It sort of sums up the last five years for me: My eyes have been so hungry.

So I’ve spent a lot of time in galleries and museums, looking at things like the Mark Rothko paintings at the Modern Art Museum in Los Angeles. I visit them often.

There was a Gordon Matta-Clark show here a few years ago that really touched me in a profound way. It’s hard for me to talk about, kind of like music. It just moves you.

It’s difficult to say why, but I’ve just spent a lot of time looking at things, and that seems to inform my music—I don’t know in what way, but somehow. I’ve pursued that more than words.

Push Any Button releases on August 13. Pre-order the album at samphillips.com, and receive an instant download of the album track, “Things I Shouldn’t Have Told You.”

Read Part 1 of the outtakes from the interview here.