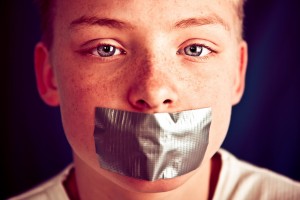 The following will be delivered as a d’var Torah, reflections on the Torah reading on the second day of Rosh Hashanah, the Jewish New Year, at Congregation Beth Israel, Asheville, North Carolina.

Let’s get straight to it. Child sacrifice.

The akedah, the story of the binding of Isaac, invites us to think about child sacrifice and putting an end to it. But haven’t we already put an end to it? Are children still being sacrificed? In the United States? In North Carolina? In Asheville?

Well, that depends on how you define sacrifice.

What would you call it when a girl is born to a poor mother, whose husband, when he’s around, abuses her, if not physically then emotionally, in, say, Charlotte, North Carolina? Born in Charlotte, that child, according to the Equality of Opportunity Project, has only a little more than a 4% chance of climbing out of poverty in her lifetime. If she is born under similar circumstances in Asheville, North Carolina, her chances improve: 7.1%. Given the miracle of life, this child’s opportunities for life seem severely limited from the day she is born. Is this a kind of child sacrifice?

What would you call it when a gay (or lesbian, or bisexual) teen, growing up in a culture in which he is bullied in school and in the neighborhood and his fear follows him home where he’s afraid to reveal his identity to his parents, so, seeing few choices to improve his life, he attempts suicide? Studies show that GLB youth are between one-and-a-half and seven times more likely to attempt suicide than heterosexual youth. When we contribute, knowingly or unknowingly, to a hostile environment for our gay, lesbian, and bisexual children, are we indirectly practicing a kind of child sacrifice?

Studies show that adverse childhood experiences—which range from parental divorce to emotional neglect and sexual abuse, and include growing up with family members who suffer from mental illness, alcoholism, or drug problems—lead to “negative adult outcomes,” including greatly increased risks of cancer, heart disease, emphysema, and chronic bronchitis (reported in “The Poverty Clinic,” The New Yorker, March 21, 2011).

Any of these adverse childhood experiences (ACES) can be triggered or exacerbated by unemployment. In North Carolina, where, during the recent recession, the unemployment rate climbed to more than 11% but is now at 8.8%, unemployment benefits have been drastically cut or have, for some, run out entirely. Why? Because North Carolina is the first state in the nation “to opt out of the federal long-term compensation program.”

So what would you call it when a boy or girl is born into a situation that is almost certain to cause serious, potentially life-threatening physical problems if and when he or she reaches adulthood? Is this a kind of child sacrifice?

What do you call it when young American servicemen and women, eighteen and older, adults though still our children, lose their lives or come home seriously wounded, having lost limbs or suffered serious brain injuries, after having served their country, having served us in questionable wars, of which I can certainly count at least two in my lifetime? When we allow ourselves to be misled by our leaders, are we not directly or indirectly participating in a kind of child sacrifice?

What do you call it when the parents of a black child, especially a boy, must teach their child at a young age how to respond when, because he looks suspicious just because he’s black, he’s stopped and questioned, interrogated, by the police or a member of a neighborhood watch? Maybe the kid walks away, physically unharmed; maybe not. Is this a kind of child sacrifice?

How far have we come in our efforts to establish racial justice and equality here? Ask Robert Avery, as NPR reporter Michelle Norris did recently as part of the “Race Card” series on Morning Edition. In August 1963, at age fifteen, Avery, with two teenage friends, risked his life hitchhiking from Gadsden, Alabama to Washington, D.C., for the March on Washington. His six words about the progress made since King delivered his famous “I Have a Dream” speech: “Not far, long way to go.”

The binding of Isaac story has a happy ending. Not because Abraham thought twice about what he was about to do. No, it has a happy ending because God, through an intermediary, an angel, intervenes and stays Abraham’s hand. God’s a great character at this moment in the story.

Story: Torah as story. The akedah is fiction, maybe even a fairy tale. How do we know? Here’s how it begins: “Once upon a time.” Literally, it’s “After these things,” these, say the rabbis, unspecified things. Like all good stories, this one exaggerates things to help us see something in our actual lives that we otherwise might not be able and might not want to see.

Early in Genesis, we read that humans were created b’tselem Elohim, in God’s image. If we want to live up to that generous characterization in Torah, we need to be the ones who stop Abraham—in whatever form he happens to manifest himself—as a state government, a corporation, a white American, or even a Bible-thumping, Torah-loving synagogue- or church-going man or woman—before, obeying a “higher power,” he sacrifices another child.

September 5, 2013 Isaac Unbound
Recent Comments
7 Comments | Leave a Comment
Browse Our Archives
get the latest from
Catholic
Sign up for our newsletter
POPULAR AT PATHEOS Catholic
1