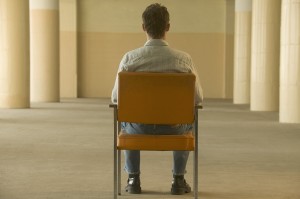 The Hebrew word for intention (also, direction) is kavanah. In The Sabbath World, Judith Shulevitz introduces the concept of kavanah in relation to the story of the biblical character Hannah. Beloved wife of Elkanah, Hannah was unable to conceive a child. One day when she, Elkanah, and Peninah (Elkanah’s less favored but fertile wife), had made the pilgrimage to Shiloh, where they would offer sacrifices, Hannah prayed for a son.

Hannah spoke in her heart; only her lips moved, but her voice was not heard (I Samuel 1:13).

Observing Hannah from a distance, Eli, the high priest of Shiloh, inferred that she was drunk and chastised her for her drunkenness. Respectful and fearless, Hannah responded to Eli, “No, my lord, I am a woman of sorrowful spirit; I have drunk neither wine nor strong drink, but have poured out my soul before the Lord” (I Samuel 1:15).

From Hannah, the rabbis derive a number of ideas about and approaches to prayer, including the practice of kavanah, which, writes Shulevitz, is “the rather Buddhist-sounding art of focusing one’s soul inside oneself and burrowing deep into one’s prayers.”

In Judaism, Christianity, and Islam, prayer is part of Sabbath observance. Though we would not pray in a class taught at a public liberal arts university, we did try a kavanah exercise in which we burrowed deep inside ourselves to set intentions.

At the beginning of the period for which we had read about kavanah, I asked students to set intentions for themselves for that particular meeting of our class. Their intentions could be anything from contributing more to class discussion to staying awake for the entire class period. Their intentions set, both internally and in writing, we sat, as we did every class, for two minutes of silence. Then, before class discussion began, I informed them that I had set a timer to sound a bell every fifteen minutes. When we hear the bell, I instructed the class, we’ll stop whatever we’re doing to check in on ourselves and see how we are doing in acting on our intentions.

Dustin’s intention was to restrain himself from beginning to formulate what he wanted to contribute next to the discussion while other students were speaking. He writes,

As soon as someone said something I clicked with or disagreed with, my mind tried to jump to some personal connection and make a response, and I had to make an effort to stop it nearly every time someone spoke. But I was able to do so pretty well, and I felt like I was really understanding everyone’s comments more clearly, and I noticed I made a conscious effort not to overindulge in telling about my opinions; instead I tried to make my comments more relevant to our conversations, in the hopes that they could fuel further, deeper discussions. I was disclosing personal stories, not to satiate a desire for expression, but specifically to further the experience for the group, as best I was able. So, speaking transformed from a self-act to a community-act.

Dustin’s effort led to an insight that in turn resulted in his acting for the benefit of the whole class.

Just as it is difficult to “rest even from the thought of work,” so it is difficult, if not impossible, despite one’s best intentions and efforts, to keep one’s mind from “jumping” in response to what someone else is saying, especially if it is something about which the listener has strong feelings. It is more likely, however, that one can develop the skill of witnessing thoughts and feelings without having to act on them. Witnessing without acting: a Sabbath practice.

The setting of an intention (prayer), the periodic interruptions (Sabbath) of class discussion (work) gave Dustin the opportunity to see (witness) how well he was doing in acting according to his intentions and make any necessary adjustments before the discussion resumed.

In Jewish practice, the Sabbath is a time for the Jewish people, not just a Jewish individual, to imitate God who completed God’s work and rested on the seventh day. As such, Sabbath observance, says Shulevitz, “promotes social solidarity.” Every Jew is commanded to take a day off from work, the same day each week, and the day is, as Shulevitz characterizes it, “festive, filled with song, wine, food, and pretty clothes.”

To promote social solidarity, or a sense of community, in our class, we’ve taught each other short simple songs—everything from a familiar Jewish camp song, hiney mah tov, how good it is for brothers and sisters to sit together (from Psalm 133), to a verse and the chorus of the Beatles’ “Across the Universe”— that we’ve sung together at the beginning of class. Reflecting on the communal value of this particular exercise, one student said, “Powerful music is near impossible to make alone.”

Read Part 1 of this essay.

November 29, 2013 He Loves Me Anyway: Black Nativity
Recent Comments
0 | Leave a Comment
""It doesn’t matter when you start the Sinatra Christmas playlist or put up your tree. ..."
C_Alan_Nault How to Win the War on ..."
"Yup."
Max Marvel Finding My Inner Calamity Jane
"I an confused by the use of "aural" here: "In The Gutenberg Galaxy, he explained ..."
William G II The Gutenberg Imagination
"My friend is looking for a Pepper Smith he served in the army with, was ..."
Christine Budnack The Love Song of Pepper Smith
Browse Our Archives
get the latest from
Catholic
Sign up for our newsletter
POPULAR AT PATHEOS Catholic
1