The Contemporary Novel of Belief, Part 1 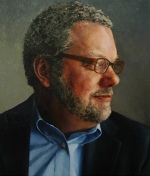 Writing a response to a published essay can be seen as public service, a way of contributing to the larger cultural conversation. On the other hand, writing several responses within a relatively short period of time can easily come across as carping or sour grapes.

That consideration is very much at the forefront of my mind as I set out here to extend a running dialogue I’ve been having with Paul Elie, the author of The Life You Save May Be Your Own, a braided biography of four American Catholic authors: Dorothy Day, Thomas Merton, Flannery O’Connor, and Walker Percy.

A year ago, Elie published an essay in the New York Times, “Has Fiction Lost Its Faith?” to which I replied in the Wall Street Journal. In an interview just published at Dappled Things, Elie was asked to respond to my WSJ piece. I’ve engaged in a similar exchange with Dana Gioia, whose “The Catholic Writer Today” appeared recently in First Things, with my response, “Cultural Anorexia,” following on their website.

Because Elie and Gioia are not only friends of mine but writers I admire—and because the debate has been eminently civil so far—I’m hoping to avoid the charge of carping if I thwack the tennis ball over the net just one more time.

The short version of my responses to these gentlemen is that their allegation of the decline and fall of literature informed by faith is, in essence, a “narrative of decline” not borne out by the facts. But in this blog post and the one that follows, I want to flesh out my argument a bit more.

Judging from his interview at Dappled Things, Elie is quietly backing away from the untenable generalization that began his Times piece: “Christian belief figures into literary fiction in our place and time…as something between a dead language and a hangover. Forgive me if I exaggerate. But if any patch of our culture can be said to be post-Christian, it is literature.”

That’s not an exaggeration; it’s simply untrue. But it is a myth to which many people, undoubtedly including the editors of the Times, still tenaciously cling.

Elie’s more modest current argument is that what we lack today is fiction set in the present moment that is centrally about the struggle with belief.

This claim enables him to dismiss a number of highly-lauded novels, including Marilynne Robinson’s Gilead, which is set in the middle of the twentieth century.

When I mentioned Elie’s argument to a friend, he replied: “That’s like saying George Eliot’s Middlemarch wasn’t about contemporary issues because she set it forty years in the past.”

Many of the greatest novels ask a fundamental question: “How did we inherit the world we live in, and how might we change it for the better?” By enacting that “historical” drama, Middlemarch investigates the first awakenings of social reform and personal transformation.

A great deal of fiction is set in the past, for this and other good reasons.

Ironically, many of the religious authors that Elie cites with approval in his New York Times piece wrote books set in the past. Consider Brideshead Revisited, People’s Exhibit #1, a novel often criticized for nostalgia for the era it depicts. Graham Greene’s classic The Power and the Glory was set neither in England nor in the present (the Mexican persecution he wrote about had taken place more than a dozen years before). And Tolkien? He created a world before time.

In the Dappled Things interview, Elie adds, apropos of his strictures about contemporary settings: “So that leaves out Alice McDermott, who was Greg’s counterexample in his Wall Street Journal article. I went to her book party a month ago—I love Alice. I’ve read all her works, we swap books as Christmas presents, but she writes about the 50s and 60s.”

Aside from the unfortunate name-dropping, the disappointing thing about this claim is that it completely misreads a book like McDermott’s Charming Billy.

Yes, the book is substantially set among Irish Catholics from Queens, New York in the 50s and 60s, but it is narrated in the present. Though most of the story is immersively set in the earlier time period, there are half a dozen places where McDermott briefly allows the narrator a chance to identify herself and hint at her perspective on the story she’s telling.

The narrator in Charming Billy is a woman living in Seattle (a place light-years from Queens, culturally as well as geographically) who describes herself at one point as “apostate,” one who has given up debating with her pious father all that she had rejected about church teachings.

But in the end the story she is compelled to tell is that of an unlikely saint, an alcoholic whose heart had been broken as a young man but who continued to live by faith—a man not only charming but deeply charitable.

In the telling of the story we see the narrator change from anger at the church to a sense of her own generation’s inadequacies (“Self-sacrifice having been recognized as a delusion by then, not a virtue. Self-consciousness more the vogue”) to a tentative but sincere allegiance to “my father’s faith and Billy’s and some part of my own….”

Elie misses the fact that any novel preoccupied with the struggle of belief will entail protagonists questioning how an earlier generation came to—and maintained—their faith. Charming Billy cannot be reduced to the study of a bygone era any more than Middlemarch can.

A classic question asked by someone wrestling with belief is: “Why does it seem harder for me to believe than for earlier generations?” In a sense, it’s not only a generational question but a familial question, a searching gaze into the “faith of our fathers” and mothers.

Even Robinson’s Gilead, seemingly set in a tranquil mid-century Midwest, pits the settled faith of John Ames against the restless modernity of Jack Boughton. Both are unsettled in the process, making that book, to my mind, yet another contemporary novel of belief.

January 9, 2014 The Contemporary Novel of Belief, Part 2
Recent Comments
0 | Leave a Comment
"Ah, so now the imaginary War on Xmas is transmogrified into The War on Santa, ..."
David Miller How to Win the War on ..."
""Aural" refers to hearing, "visual" to seeing"
merphd The Gutenberg Imagination
""It doesn’t matter when you start the Sinatra Christmas playlist or put up your tree. ..."
C_Alan_Nault How to Win the War on ..."
"Yup."
Max Marvel Finding My Inner Calamity Jane
Browse Our Archives
get the latest from
Catholic
Sign up for our newsletter
POPULAR AT PATHEOS Catholic
1