The Contemporary Novel of Belief, Part 2 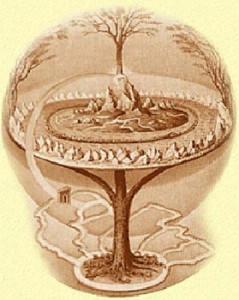 Among other things, I argued that his conviction that having a contemporary setting is somehow supremely valuable is both short-sighted and literalistic—that Elie has a rather narrow understanding of what “contemporaneity” actually means.

Of course, another possible response to Elie is to simply marshal another list of writers who have, in fact, written books that fulfill his requirement to the letter of the law. Say, a list that would include Ron Hansen’s Atticus, Anne Tyler’s Saint Maybe, Haven Kimmel’s The Solace of Leaving Early, Ann Patchett’s The Patron Saint of Liars, Larry Woiwode’s Poppa John, and Christopher Beha’s What Happened to Sophie Wilder. Not to mention stories and novels by the recently deceased authors Oscar Hijuelos, John Updike, Andre Dubus, and Reynolds Price. (Or the rise of novelistically-rich memoirs.)

Perhaps a more fruitful approach would be to look at Elie’s use of the word “belief.” This gave me pause. To take the mysterious human encounter with the divine and reduce it to the deracinated term “belief” feels odd coming from someone with such a profoundly literary sensibility.

Why not the less rationalistic, more human word “faith”—a term that has more of the heart in it and less of the head?

Along similar lines, it’s also a little puzzling that Elie misunderstands my contention that contemporary writers of faith are more inclined to “whispers” than to “shouts.”

In the mid-twentieth century, under the influence of modernism (with its penchant for grand gestures—e.g., Ulysses, The Cantos), and responding to the powerful impact of secularism fueled by Freudian thought—it’s no wonder that writers of faith would be moved to “shout”—to place faith as a stark contrast to atheism, totalitarianism, and so forth—and to employ violence and the grotesque, as Flannery O’Connor did.

But to assume that the shout is the only way to engage matters of faith (or belief) seems strangely monolithic. Both Jews and Christians at least trace the heart of their belief to “a still, small voice” that must be discerned precisely because it is not easy to detect against the noisy grandiosity of the world (a world of storms and volcanoes in both nature and society).

Insisting on the shout as the only valid narrative embodiment of faith is also deeply ahistorical. We no longer inhabit Flannery O’Connor’s world. At one level, Elie recognizes this. He writes: “For the first time in our history it is possible to speak of Christianity matter-of-factly as one religion among many; for the first time it is possible to leave it out of the conversation altogether.”

Religion has been so privatized and pluralized—and religious authority has been so badly damaged (often from within)—that the writer who engages faith does so tentatively, as a quest stumbled upon rather than as a crusade or gesture of defiance.

The characters in contemporary novels who explore religious experience do so with a vague realization that continuity with doctrine and institutions has been lost, seemingly irrecoverably.

In the past I’ve attempted to demonstrate this contention by comparing Greene’s The Power and the Glory to McDermott’s Charming Billy and Hijuelos’s Mr. Ives’ Christmas. They are all stories about saints and sanctity.

Greene’s saint is the whiskey priest, a fallible yet faithful soul who has to contend with the murderous persecution of an atheist political regime that wants to execute him. In the whispering novels of McDermott and Hijuelos the saints are ordinary New Yorkers living middle-class lives. They aren’t martyred, though they must endure suffering and loss.

It may be that the whisperers begin from a place of uncertainty, but that doesn’t mean that their engagement with religious faith is any less intense or revelatory. Indeed, there is something deeply sacramental in the notion that faith inheres in the ordinary, the quotidian stuff of work and family.

It might even be argued that the natural language of faith within the arts is precisely the sacramental whisper. The shout may jolt us out of complacency—and perhaps assert faith as being contra mundum—but after a time, shouting hurts your ears. It’s better as an exception than as a rule.

So Elie’s response to me in his Dappled Things interview once again misses the point: “Why are [these writers] whispering? It’s not like we’re in England or Mexico where priests are being hunted. It plays into all sorts of neo-conservative ideas about what we’re not allowed to say in the culture, which I just don’t think is really true.”

These writers whisper not for fear of literary persecution by the editors of the New York Times but for the more fundamental reason that faith is a difficult thing to come by in a postmodern or any other era.

By all accounts, Elie should be in agreement with me. One of the virtues of The Life You Save May Be Your Own is that it doesn’t take an overly pious stance toward its subjects: Elie is sensitive to the dangers those writers ran when they were tempted to turn Christianity or Catholicism into an ideology rather than a pilgrimage (to use his favored term).

Perhaps the greatest reinforcement for my contention is coming these days from Pope Francis. As he put it in his recent apostolic exhortation: “It is not by proselytizing that the Church grows, but ‘by attraction.’”

The whisperers show us characters who become aware of this attraction and try to make sense of it. These writers are acutely conscious of Elie’s own concern: how difficult it is to profess belief in a postmodern era. They know they live at a time when institutions and authority itself have been discredited—and so the faith appears in their novels not as a stark choice, but as a quiet, ever-present possibility, something not declared as contra mundum but as grace discovered in the ordinary.

January 8, 2014
The Contemporary Novel of Belief, Part 1
Next Post

January 10, 2014 Each Woman Mary, Each Child Christ
Recent Comments
1 Comment | Leave a Comment
"Ah, so now the imaginary War on Xmas is transmogrified into The War on Santa, ..."
David Miller How to Win the War on ..."
""Aural" refers to hearing, "visual" to seeing"
merphd The Gutenberg Imagination
""It doesn’t matter when you start the Sinatra Christmas playlist or put up your tree. ..."
C_Alan_Nault How to Win the War on ..."
"Yup."
Max Marvel Finding My Inner Calamity Jane
Browse Our Archives
Related posts from Good Letters