The Heaven of Animals: A Coin in the Mouth

The Heaven of Animals: A Coin in the Mouth April 29, 2014 Guest Contributor 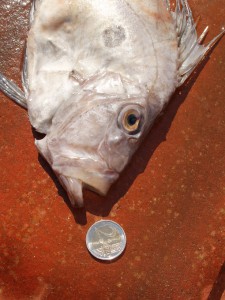 “I have this mystical-schmystical idea,” one of my writing teachers once said, “that stories exist outside of us somewhere, and it’s our job to get them down properly.”

He was a hard-nosed editor and a robust skeptic, and he confessed this notion five minutes before workshop’s end, as if not to give his own idea too much credence. I suspect, though, that most of us knew what he meant.

And if we can be mystical-schmystical for a moment and imagine this is so: Well, what does it mean to get a story down “properly”? Skillfully, yes; honestly, one hopes; but do we employ the storyteller’s guile, or the sage’s compassion, or the filleting knife of the satirist? What do we do with the stories we catch?

I recently happened on The Heaven of Animals, the debut short story collection by David James Poissant, and it brought this question to mind. In it, Poissant casts his storyteller’s net and catches sixteen kinds of suffering. Here, a grief to ring the bell of every reader’s memory: deaths of friendships, parents, children. In several stories, it’s a marriage that dies, or else hovers in death’s doorway, waiting to tumble in or out.

Chances are good that whoever you are, whatever you’ve been through, one of these stories will wreck you. For me it was “The Geometry of Despair,” a story of a couple grieving the loss of their one-month-old baby to SIDS; I read it with my own infant son sleeping beside me. My husband and I had planned a date night for that evening. Guess how that went?

Hard stuff—and yet Poissant looks deeply into all this suffering and draws out, of all things, surprise.

The characters alone are surprising: the one-armed teenage girl, seductive and philosophical; the man who seeks a mugger to end his life for him; the baby who glows. (Yes, literally glows. His father uses him as a flashlight to rummage for midnight snacks.)

But Poissant is also after other, deeper surprises. Another writer might have used this aptitude for the strange in the service of writerly fizz and fireworks. Poissant uses it as a backdrop to ask the largest of human questions.

Lily, the one-armed girl in “Amputee,” is talking theology even as she gets naked with an older man she’s just met.

“I’ve been mad at God a long time,” he tells her, and Lily counters: “What if it’s not God you’re mad at? What if the thing you’re mad at is this idea of God, this really bad idea you got from other people. What if God exists? What if God is love?”

In another story, “Nudists,” Poissant tackles not one but two of life’s big questions: Why do we do the things we do? Is forgiveness possible, even when the guilty party can’t apologize? Mark, the main character, has always had a strained relationship with his brother Joshua, but when Mark’s wife dies, the strain becomes a break. Mark asks Joshua to catch the next flight to be with him, and Joshua balks:

Joshua had said that sort of thing could be difficult, that he’d have to discuss it with Marisa, that it was a tough time, which meant that he didn’t want to spend the money….

And so they had not spoken, not until the year unraveled into autumn and a surprise showed up in the mail.

This surprise puts them in contact again, but neither man can admit his wrongdoing; both explanation and forgiveness seem impossible. It takes a surreal setting, a shock to the system, to open the gates for that impossible thing. Mark ends up on a nude beach at night, plunges into icy surf, nearly drowns. I won’t spoil the ending, but it involves a pack of hairy nudists and a surprise moment of grace.

There it is again: surprise. The nudists might have been played for cheap laughs: here, they provide both absurdity and wonder. The grace might have seemed forced: here, it feels true. That requires a kind of writerly discipline.

It takes courage to sit quietly with terrible things, or odd people, and not be clever: neither force an explanation, nor offer a platitude, nor crack a nervous joke. This may be the hardest way to write; you have to be a kind of Emmanuel to your characters, wholly with them in their suffering and strangeness.

But the rewards are great, and Poissant reaps them, and so does the reader.

I crave fiction like this, fiction that asks big questions, speaks honestly of suffering, but also of wonderful absurdity and surprise grace. By this I do not mean a string of happy endings, and wisely, Poissant does not furnish every story with one.

Sometimes the surprise is one of the other curious parcels that arrive on our doorsteps in the wake of pain: Beauty. Awakening. Unexpected laughter. Moments aglint with the wondrous impossible—like that Gospel story of Peter with his panties in a bundle over a vexing tax question. Jesus tells him to go and catch a fish, open its mouth, and find a coin inside.

How did the coin get there? Why a fish and not a forgotten pocket? I don’t know; is that really the point? Sell your cleverness and buy bewilderment. I delight in the writer—Poissant or any other—who, upon catching a story, dares to spring open its mouth for the surprise concealed inside.

Jen Hinst-White recently finished her first novel, Inklings, the story of an aspiring female tattooist in the early 1980s. She holds an MFA from the Bennington Writing Seminars, and her writing has been published in The Common, Big Fiction, Cactus Heart, and elsewhere. She blogs at jenhinstwhite.com.

April 30, 2014 Slumping Toward the Altar
Recent Comments
4 Comments | Leave a Comment
""It doesn’t matter when you start the Sinatra Christmas playlist or put up your tree. ..."
C_Alan_Nault How to Win the War on ..."
"Yup."
Max Marvel Finding My Inner Calamity Jane
"I an confused by the use of "aural" here: "In The Gutenberg Galaxy, he explained ..."
William G II The Gutenberg Imagination
"My friend is looking for a Pepper Smith he served in the army with, was ..."
Christine Budnack The Love Song of Pepper Smith
Browse Our Archives
get the latest from
Catholic
Sign up for our newsletter
POPULAR AT PATHEOS Catholic
1