Let’s Hear It for the Dull Habit 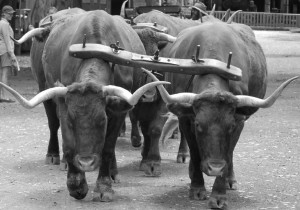 “Good Letters” is pleased today to welcome D.G. Myers as a regular contributor.

In early April the MIT physicist and novelist Alan Lightman pitched his tent between an atheism that speaks in science’s name and a scientifically informed faith in God. Reviewing Amir D. Aczel’s new book Why Science Does Not Disprove God for the Washington Post, Lightman distanced himself from the “religious fervor” of New Atheists like Richard Dawkins, Lawrence Krauss, and Sam Harris—he agreed they are “staining the scientific enterprise” by exchanging the scientific method for “backbiting and invective”—but he also rejected efforts like Aczel’s to make overmuch of science’s failure to disprove the existence of God:

The reason that science cannot disprove the existence of God, in my opinion, is that God, as understood by all human religions, exists outside time and space…. The most persuasive evidence of God, according to the great philosopher and psychologist William James in his landmark book The Varieties of Religious Experience (1902), is not physical or objective or provable. It is the highly personal transcendent experience.

This badly misreads James, but in triumphantly producing transcendence as a trump card against atheism (God cannot be reduced to human definition because by definition He transcends human definition), Lightman impoverishes the meaning of religion as badly as any atheist. He reduces it to brawling over the existence of God.

James was contemptuous of any attempt to reduce the religious experience to a single note. “There is no ground for assuming a simple abstract ‘religious emotion’”—not even transcendence—“to exist as a distinct elementary mental affection by itself, present in every religious experience without exception,” he wrote. Among other things, The Varieties of Religious Experience is a celebration of human pluralism. His investigations led James to affirm “the relativity of different types of religion to different types of need.”

Of course, James was no more immune to the dominating cultural influence of Protestantism than is Alan Lightman. He dismisses those for whom religion exists as a “dull habit” and prefers those for whom it is an “acute fever.” He very much likes “personal religion” and very much distrusts its established varieties. Service to God, he declares, “never is felt as a yoke”—never, never, never.

For James, the “individual models” of “instantaneous conversion” are more “typical and worthy of imitation,” to say nothing of being “more interesting dramatically,” than the spiritual adventures of, say, Roman Catholics, for whom “the sacraments and the individual’s ordinary religious duties are practically supposed to suffice to his salvation, even though no acute crisis of self-despair and surrender followed by relief should be experienced.”

Catholicism, he says elsewhere, is “legalistic and moralistic.” About the Jewish religion he has nothing whatever to say.

Transcendence no more provides a commanding view of the religious life than it is the religious emotion. Lightman’s “highly personal transcendent experience” is what Abraham Maslow would have called a peak experience. For the religious man or woman, its peak is even sharper and higher than sex. (Which may be why religious men and women appear so weird to the contemporary culture.)

Transcendence is awesome, as my kids would say. I’ve experienced it—once. But here is the trouble. Sitting around and waiting for it to recur, or resorting to artificial stimulants to arouse its counterfeit, is not much of a religious life.

The Passover festival, just recently concluded, reminded me again this year that the dirty little secret of religion is habit: dull habit, much of the time, especially after a week of eating matsah and leftover gefilte fish with khreyn. Service to God just is a yoke, and in rabbinical literature the yoke is extolled as liberation:

The book that turned me toward God—back when I was a teenager, long before I had experienced His transcendence—was Samuel S. Cohon’s Judaism: A Way of Life, first published in 1948. Cohon (1888–1959) was a Reform Jewish theologian who taught at Hebrew Union College for three decades. The “etherealization of religion,” he warns, is as serious a threat to it as idolatry.

Religion’s “practical phase” has few champions, Cohon said. Outsiders to it, yearning for the blessings, “prize religion as a pleasant atmosphere of the soul, as an emotional, poetic, and mystic state of mind…. They separate the religious spirit from religion as an actual experience and as a social institution.” They rob it of any solid form, and like water without a container, it spills across the ground.

Transcendence may be the “most persuasive evidence of God,” but this is not how it operates in the lives of most religious men and women. They do not require evidence of God; their concern is not to defend His existence, but simply to serve Him. Some of them may never even have a “highly personal transcendent experience,” but for those who do, it is less a great and strong wind or an earthquake or fire than a kol d’mamah dakah summoning the believer to go and return to her way.

In Christopher Beha’s astonishing debut novel What Happened to Sophie Wilder (reviewed here), the title character is attending mass at a small parish church when she is invaded by the Holy Spirit—she is taken over by “something outside of herself, something real, not an idea or a conceit or a metaphor”—but rather than pursuing a repetition of the experience, she dedicates herself to caring for her father-in-law as he dies painfully from cancer.

The ordinary religious duties (or what she, as a Catholic, would call humility) are what gives permanence to the moment of transcendence. Neglecting them she might have managed to “hook up” with God, but only briefly and without meaning.

May 6, 2014 What Now?
Recent Comments
34 Comments | Leave a Comment
"I miss that dragon the most finally it's here. 😳IJ.636PX.CO/c7234i"
Dmaned11123 Poetry Friday: “The Burned Butterfly”
"Ah, so now the imaginary War on Xmas is transmogrified into The War on Santa, ..."
David Miller How to Win the War on ..."
""Aural" refers to hearing, "visual" to seeing"
merphd The Gutenberg Imagination
""It doesn’t matter when you start the Sinatra Christmas playlist or put up your tree. ..."
C_Alan_Nault How to Win the War on ..."
Browse Our Archives
Related posts from Good Letters 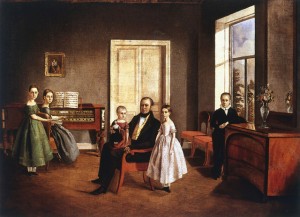 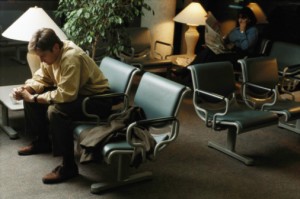 Catholic
How to Talk to the Dying
Good Letters 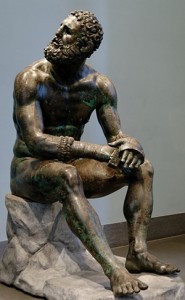 Catholic
The Destruction of a Man
Good Letters 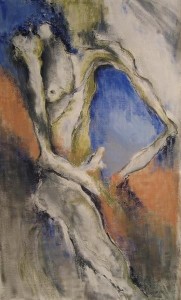