The Mercy of Sickness before Death 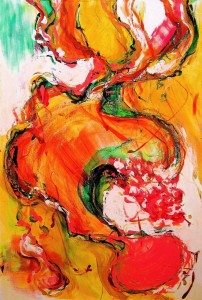 Just so you understand: I am dying. I am in the end stage of metastatic prostate cancer, and after six-and-a-half years of close association with the disease, I have another six months to two years to live. That probably sounds exhibitionistic, but I don’t mean it to. Nor am I fish­ing for pity. Truth is, I’d sooner have your laughter.

Man says, “I’ve been diagnosed with terminal cancer, but I am going to fight it with everything I’ve got.” “My money’s on the cancer,” his friend says. Find me that friend.

When it is incurable, as mine is, cancer always wins in the end, but no one—I mean, no one—wants to hear any such thing. The preferred message in our culture is the sentimental one of hope. Hope is not, however, what the terminal cancer patient needs. Even if you believe in miracles, you cannot hope for one—not the way you hope the car’s skid comes to a stop before the cliff’s edge.

“By definition,” C. S. Lewis writes, “miracles must of course inter­rupt the usual course of Nature,” but if they were as common as mosquitoes in summer they wouldn’t be interruptions of the usual.

A cure may not be possible, but even in the face of death, moral and intellectual growth is. Susan Sontag was right, in Illness As Metaphor (1978), to object to the Victorian attitude toward consumption—that it was a narrowing of life to a focus upon what is good. There is nothing good about dying of cancer, especially when, as I do, you have four children under the age of eleven and a wife whom you lust after and adore.

But how then do I account for the fact that, every Shabbes after the Shemoneh Esrei, I feel compelled to thank the Creator of the Universe for my cancer? How do I explain the reaction of Bruce Pearson, the uneducated third-string catcher in Mark Harris’s Bang the Drum Slowly (1956) who is diagnosed with Hodg­kins’s lymphoma at a time when it was incurable? “I am doomeded,” Bruce tells his room­mate:

Except for the taste of food—chemotherapy makes everything taste metallic, when it does not taste like wet cotton mush—I know what Bruce is saying. The music I listen to, the literature I read when I can barely summon the will to lift a hand, never spoke to me with such finality as it does now.

Is cancer ever a blessing?

No, but only because no human experience, not even marriage, not even the birth of a child, is a sign of God’s favor and a promise of unbroken happiness. Cancer may be a death sentence, but there are many ways to read the sen­tence. Resignation is only one of them, and a particularly arrogant one at that, because it pre­sumes to know, as it cannot, the outcome in every detail.

But if you are ignorant of the suffering that awaits you when you are first diag­nosed, you are equally ignorant of the changes that cancer will work in your thinking and emotional life, some of which may even be improve­ments in old habits of thought and feeling.

You may, for instance, become more conscious of time. What once might have seemed like wastes of time—a solitaire game, a television show you would never have admitted to watching, the idle poking around for useless information—may become unex­pected sources of joy, the low-key celebrations of being alive. The difference is that when you are conscious of choosing how to spend your time, and when you discover that you enjoy your choices, they take on a meaning they could never have had before.

You no longer waste or mark time. You fill it, because now you can see the brim from where you are lying.

“In a sense,” Flannery O’Connor wrote to a friend about the lupus that would kill her at thirty-nine,

sickness is a place, more instructive than a long trip to Europe, and it’s always a place where there’s no company, where nobody can follow. Sickness before death is a very appropriate thing and I think those who don’t have it miss one of God’s mercies.

How could it possibly be merciful of God to reduce you to the hyperawareness, every second of your waking life, that death is relentlessly approaching? Even if it is a knowl­edge that most other men and women do not have, regardless of what they may like to say, is it knowledge worth having?

You find yourself on a distant planet, alone, with only your own inner resources to fall back upon. No amount of magical thinking or denial will alter your circumstances. You either accept what you have become, and rise above yourself to attend to the others who still need your attention, or you spend your last months in the confine­ment of self-pity.

In either case, death will come when it comes. The mercy, perhaps even the good­ness, is in recognizing the gulf that separates life, which may include terminal illness, and death, which is inevitable, but not quite yet. Whatever your condition, you may always choose life, although you may also choose not to. As Hamlet says, “The readiness is all.”