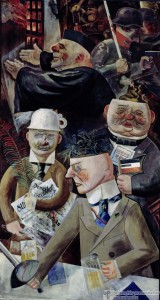 It’s comforting, in these confusing times, to know at least some truths are beyond dispute. We know they are beyond dispute because only repugnant people dispute them. These heretics question our sacred beliefs—each a product of recent revelation—about sexuality, gender, environment, and humanity’s origin. Their very dissent proves the heretics wrong—so wrong, in fact, that we needn’t acknowledge them.

Truth is established by the facts, after all, not by debate. Truth is science and science is facts and when enough scientists agree about what the facts mean, that ought to settle things.

The problem is that these dissenters, well, they keep dissenting. This frays the fabric of social consensus, which is dangerous.

Consider an example: When a member of our holy order exposed the sexism of late Nobel-prize physicist Richard Feynman, a blogger at Scientific American had the temerity to “place things in context.” Context is a classic dodge, intended to blunt the superior moral gaze with which we pierce time. The blogger noted that Feynman’s behavior was commonplace in the 1950s, making it unjust to single him out.

What this troublemaker doesn’t understand, of course, is that we enlightened are the judges of who gets singled out. Case in point: we got him dismissed from his position with Scientific American.

Let other writers take note: Something is right when nobody disagrees, so we will make our beliefs right by eliminating disagreement. Think of this as a necessarily vicious cycle of social virtue. It is, in homage to an earlier generation of society improvers, our Virtue Method.

Another example of the Virtue Method is the BBC’s adopting our teaching that critiques of scientific verities are inherently unscientific. “Scientists” who dissent from our dogma regarding climate change, for example, will no longer be interviewed on the BBC. Instead, BBC’s reporters will relay the claims of climatologists, a group defined as all experts who agree there is climate change, and agree regarding what should be done about it.

Those academics who also study climate change, yet who dissent from the Truth? Well, clearly they’re not actual climatologists. They can’t be, or else they would agree with the others.

The heretics note that scientific advances often come from dissenters. They claim that science is a practice of rigorous thinking and testing, not a fixed set of beliefs. Of course that’s bunk; science is whatever scientists tell us to believe. So the BBC will stick to interviewing bona fide scientists, like its recent guest, Al Gore.

A cynic might look askance at our methods, but whose judgment do you trust: we enlightened, or a public that made Duck Dynasty a national sensation?

Yes, many unproven assumptions underlie our studies; true, we sometimes cherry-pick data so the truth can more brightly shine forth; granted, we assume relationships between variables without actually testing them. Our methods can be, well, imprecise. But you can’t expect the public to understand the nuance and conflict inherent in the old way of practicing science. Voters need blunt truths.

Which is why our work is so important. The best way to establish a truth, after all, isn’t to consider facts in the light of day, it’s to stamp out anyone who offers a competing truth. The journalist Josh Barro recently captured our sentiment when he wrote, regarding dissenters from another of our sacred truths: “Anti-LGBT attitudes are terrible for people in all sorts of communities. They linger and oppress, and we need to stamp them out, ruthlessly.”

Amen. That’s why we pressured Mozilla’s board into terminating its CEO for donating some of his own money to a “traditional” marriage initiative in California. Yes, people have freedom of expression, blah blah blah, but until we make those people pay for their wrongheaded beliefs, they’ll continue to hold them.

We have to make them pay when they speak, but better still, we should prevent them from speaking in the first place. A philosopher had it right when he tweeted recently, regarding our apostle Bill Nye’s condescension to debate some religious nut regarding evolution: “Why give science deniers a platform?”

Because if you question the theory of evolution, or the existence of fifty categories of gender assignment, or any other tenet of the faith, you question science.

Don’t try to dress up your barbarism by referring to a startling absence of biochemical evidence for traditionally understood species evolution, or to the utter lack of rigor in sampling and variable operationalization in gender studies—you may have a background in science, but that doesn’t mean you are a scientist, because real scientists don’t question science, and science is what real scientists say it is. You’re just a pretender, using science against science, and if that isn’t the epitome of anti-science, well then what is?

Yes, there’s always the wag who will note that for years European astronomers denied the existence of meteorites because they were worried confirmation would stoke a popular belief that shooting stars involved angels. On the surface, one might conclude from this—and thousands of ideology-over-evidence choices by scientists like it—that we ought to encourage gadflies, rather than silence them.

But we side with the meteorite-deniers. Better that the public be protected from knowledge of shooting stars until is ready to see them for what they truly are: hunks of metal falling from a sky that was hung not by a God but by an inexplicable explosion that has nothing whatsoever to do with God. Trust us on this one, because we’re scientists, and when have we ever lied to you, so far as you know?

There is a method to our sanity. It is the Virtue Method. As that great opponent of social consensus, Czeslaw Milosz, once wrote: “The measure of the Method’s accuracy lies in the strength of those who rule in its name.”

We enlightened rule in the name of the method, in the name of virtue. And we’re getting stronger day by day. Best wake up and decide whose side you’re on.

August 6, 2014 He Fits Right In: Our Story of Open Adoption
Recent Comments
0 | Leave a Comment
"Ah, so now the imaginary War on Xmas is transmogrified into The War on Santa, ..."
David Miller How to Win the War on ..."
""Aural" refers to hearing, "visual" to seeing"
merphd The Gutenberg Imagination
""It doesn’t matter when you start the Sinatra Christmas playlist or put up your tree. ..."
C_Alan_Nault How to Win the War on ..."
"Yup."
Max Marvel Finding My Inner Calamity Jane
Browse Our Archives
Related posts from Good Letters

Catholic
Heisenberg and the A-Bomb: Just Say No
Good Letters 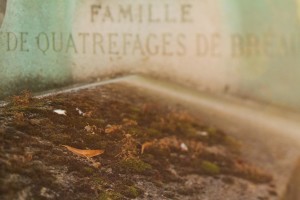 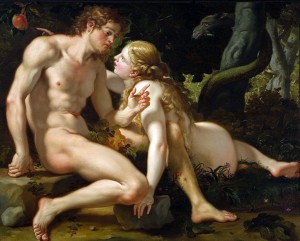