Back off, Man, I’m a Scientist 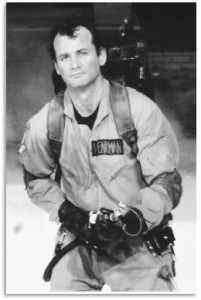 My friend in graduate school used to groan as the holidays approached. His father was a surgeon whose every dinner table pronouncement about medicine was taken as authoritative. His sister was a lawyer, and her proclamations about whatever legal conflicts happened to be in the news were likewise greeted with unquestioning acceptance.

My friend lamented that our impending PhDs in political science garnered no such deference. Your uncle holds forth on the need to start a third political party, and is not dissuaded when you explain that America’s system of plurality elections and congressional districting is mathematically geared toward sustaining only two parties. Your brother, the avid talk-radio listener, exclaims that voters are going to punish Party X for bottlenecking legislation in the Senate Finance Committee, and rolls his eyes when you mention polling evidence that voters know little about congressional activity.

As Daniel Patrick Moynihan once said: “Everyone is entitled to his own opinion, but not his own facts.” We were dealing in facts, my friend and I, but our opinions were considered no more reliable than anyone else’s. This is why a part of me cheers that moment in Ghostbusters when Bill Murray’s character, a researcher named Peter Venkman, says to someone questioning his methods: “Back off, man. I’m a scientist.”

Except that Peter Venkman is a fraud, while several of the professors who trained my friend and me once co-authored a paper using circular logic to “prove” that racism motivated the voting of people who don’t share their political views. Today I’m inclined to assume, whenever I hear some pearl of wisdom from a political scientist, that in fact the opposite is true.

The point is, getting older bears with it, for me, the sense that everything I used to be sure of warrants more questioning than I initially afforded it. This in turn predisposes me to distrust people overflowing with certainty. Anyone who has learned anything, after all, has surely learned that some of what he knows to be true today will prove false in coming years. Wisdom brings with it, in other words, humility.

But surely we can trust the experts for something, and indeed we do; as I write this, I’m preparing to run the gauntlet which is my annual physical. My doctor will assay which nodules are acceptable and which suspicious, his judgment informed in part by my recent decades of strong health, tempered by knowledge (if he remembers to consider my history) of my bout with childhood cancer. I will trust his judgment (You’re going to live another year) more than my own (Is that lump in my throat cancer? It feels like cancer), though thousands of people die every year from physicians’ failures to practice basic hygiene protocols alone, not to mention the thousands who fall prey to flat-out malpractice.

We trust the experts because the alternative is usually foolish. Consider the history of science and medicine long enough, however, and a wise man (I like to tell myself) tempers his enthusiasm for modernity with a little skepticism. “Doveryai no proveryai” was the Russian proverb Ronald Reagan used to repeat amiably, but with glinting eyes, to his Soviet counterpart, Mikhail Gorbachev. “Trust, but verify.” I’m egalitarian in that I apply this philosophy to everyone, be he beggar or brain surgeon.

So here is an odd and awkward fact I’d like us to consider together: regarding public opinion toward the nurse Kaci Hickox, who upon returning to the U.S. from aiding Ebola victims in West Africa found herself briefly quarantined by the state of New Jersey: A Monmouth University poll found that 77% of Republicans in New Jersey approved of the action, while only 30% of Democrats did.

Is it because Republicans are predisposed to distrust government pronouncements (in this case, about the likelihood of Ebola spreading), or because Democrats are predisposed to be against violations of civil liberties, as Hickox called her quarantine? Probably not, given the willingness of Republicans to trust Bush-era claims about weapons of mass destruction, and the tolerance by Democrats of civil liberties violations under Obama that range from mass wiretapping to assassinations of American citizens.

More plausible is this explanation: New Jersey’s Republican governor, Chris Christie, is a vocal advocate of such preemptory Ebola quarantines, while the Democratic Obama administration opposes them. Forget trusting the experts; we’re hard-wired to trust the leaders of our tribes. Ideally, the two aren’t mutually exclusive, but I have my doubts.

Perhaps the simplest solution is to trust the scientists. That’s what the “Ebola nurse” herself said, in effect: “I’m a health care professional, I know the signs of Ebola, and so trust me to monitor my own condition.” Which seems to fly in the face of the logic by which doctors take their children to other doctors, lest subjectivity impede their judgment, but whatever, she’s an expert.

I recall last year a medical researcher experimenting with a dreadful disease—bubonic plague, or some such thing—and his response when local authorities questioned the safety of toying with something that could kill half the earth’s population. He detailed his protocols, his expertise, and so on. If I had to sum up his response, I don’t think I can improve on Peter Venkman’s retort: Back off, man. I’m a scientist.

The point is, the experts are fallible and self-interested just like you and me. I’m inclined to trust them all the same, but my trust declines the more their self-trust rises, the more prickly they get about questions, about constraints on their behavior.

Maybe it’s just the curmudgeon in me, but I like to think it’s the inner scientist. A good scientist, after all, depends on the knowledge cultivated before him, but searches for where it has taken a wrong turn. A good scientist trusts, but verifies. Which must mean, in turn, that a good scientist welcomes—rather than resents—questions.

But what do I know. I’m only a political scientist.

November 17, 2014
Seeing and Being the Face of Christ
Next Post

November 19, 2014 Trouble Called Again Last Night
Recent Comments
0 | Leave a Comment
"I miss that dragon the most finally it's here. 😳IJ.636PX.CO/c7234i"
Dmaned11123 Poetry Friday: “The Burned Butterfly”
"Ah, so now the imaginary War on Xmas is transmogrified into The War on Santa, ..."
David Miller How to Win the War on ..."
""Aural" refers to hearing, "visual" to seeing"
merphd The Gutenberg Imagination
""It doesn’t matter when you start the Sinatra Christmas playlist or put up your tree. ..."
C_Alan_Nault How to Win the War on ..."
Browse Our Archives
Related posts from Good Letters