I Belong to Jesus

Today we are happy to welcome back former Good Letters blogger Sara Zarr as a regular contributor once again. 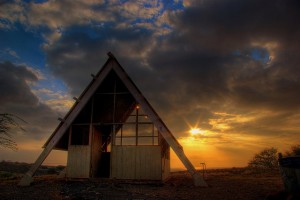 In the church of my childhood and adolescence, we had a tradition at church retreats and evening services of forming a circle, joining hands, and singing, “They’ll Know We Are Christians By Our Love.” (It was the seventies, okay?)

These retreats were held in relatively remote areas, at centers with names like Mt. Hermon and The Lord’s Land, where believers would gather in A-frame buildings to learn and share.

Though my memories of being surrounded by cool adults wearing bellbottom jeans and sporting macramé guitar straps are special for me, I eventually felt a need to put distance between those days and who I am now.

Those cool adults surrounding me were idealists who came of age in the sixties, and so I grew up an idealist, too. Maybe every child is an idealist. But eventually idealists either get crushed by reality or find a way to adapt to it.

My faith moved from my emotions and ideals into my intellect and the practical considerations of day-to-day life. That seemed the better path, the superior path.

When I felt ready to try to make a way as a writer, I knew I did not want to write from an idealist religious perspective that couldn’t hold up under the stark light of reality.

I sought a place for myself, and my faith, where the expectations of writing “Christian fiction” could be taken off of me, and found a supportive church. Someone at that church organized a symposium on arts and faith in the nineties. I went, and met Greg Wolfe, the publisher of Image.

I subscribed to Image, and learned about the Glen Workshop.

I went to the Glen Workshop and felt permission granted by God and a community of artists to shape a new kind of faith as I shed the extras of my childhood one.

When my husband and I moved to a new city, a Glen connection helped steer us to a church where I found more people like myself, thoughtful people who did not get carried away. This was great, I thought, I’d come so far.

Through the Glen, I began a few vital friendships, now a decade old, with people on a similar path. Many of them, too, were on the move away from old wounds, old baggage. We won’t go back. Through some of those friendships I was invited to a retreat for Christian writers, or writers who are Christian, or however you like to put it. A few of my spiritual icons would be there.

And what did I find myself doing on the first night of the retreat but learning and sharing in an A-frame shaped building, and singing “They’ll Know We Are Christians By Our Love”?

At least we weren’t holding hands.

I had to laugh. In all seriousness, I laughed. I laughed in seriousness at the reminder that all this time God has been leading me in an elaborate circle.

In the nineties, I probably sang “I Believe In Jesus,” oh, a few hundred times. Now I think that’s not even the point. Sometimes I don’t believe in Jesus. What I have come to is that I belong to Jesus.

And while things generally seem to go better when I’m in a believing or at least cooperative place, my belonging to him doesn’t depend on those things.

This realization comes and goes. A year and a half ago while the realization was strong, I got a tattoo of the Victor’s Cross on my forearm. The Greek symbols that make it up mean “Jesus Christ, Victor,” or “Jesus Christ Conquers.”

When people ask what my tattoo means and I tell them this, they usually just say, “Oh….  Cool.” Half the time I’m not sure how to react to it myself, when I see it there in permanent black and beige.

That was dumb, I think. Why couldn’t I have just gotten a flower or an inspirational quote like everybody else?

I think because I have known all my life that I’m not getting away. I love how Andrew Peterson puts it in his song, “The Cornerstone,” about his lifelong encounter with God:

And I collided with a beautiful immovable force

It’s way too late to change my course. Even when I think I am, or I’m trying to, God has a way of reminding me that through Christ I am conquered. I’m bought with sacrificial love and this love is now and forever victorious over me.

And though, like the sheep that goes astray, I can wander the landscape and hide out in other flocks, my shepherd knows me and I know my shepherd’s voice.

I think that’s what I wanted from my tattoo, to brand myself as belonging to Christ. Not that he’ll forget, but I might. I do.

Perhaps the path is not really a circle. My pastor says it’s more like a switchback, with ever-better views of what we’ve been catching glimpses of the whole time. In any case, it’s been scenic thus far.

And I will consider the possibility that I might still be an idealist and that it’s not necessarily a bad thing to be, always. Who but an idealist would put a big ole Jesus stamp on her arm?

I may again find myself back in a cabin, sharing and singing with other Christians, believing in the occasional possibility of heaven on earth and in the hope that being “one in the Spirit,” as the song goes, isn’t just a hippie thing.

Sara Zarr is the author of five novels for young adults, most recently The Lucy Variations, which the New York Times called “an elegant novel.” Her sixth, a collaborative novel with Tara Altebrando, came out December 2013. She’s a National Book Award finalist and two-time Utah Book Award winner. Her books have been variously named to annual best books lists of the American Library Association, Kirkus, Publisher’s Weekly, School Library Journal, the Guardian, the International Reading Association, the New York Public Library and Los Angeles Public Library, and have been translated into many languages. In 2010, she served as a judge for the National Book Award. In fall 2014, she received a MacDowell Colony Fellowship. She currently lives in Salt Lake City, Utah, with her husband, and online at www.sarazarr.com.

Picture above by David J Laporte, used under a Creative Commons license.

February 24, 2015
Science and Faith: an Evolving Conversation
Next Post

February 26, 2015 The Courage of Men
Recent Comments
0 | Leave a Comment
""Aural" refers to hearing, "visual" to seeing"
merphd The Gutenberg Imagination
""It doesn’t matter when you start the Sinatra Christmas playlist or put up your tree. ..."
C_Alan_Nault How to Win the War on ..."
"Yup."
Max Marvel Finding My Inner Calamity Jane
"I an confused by the use of "aural" here: "In The Gutenberg Galaxy, he explained ..."
William G II The Gutenberg Imagination
Browse Our Archives
get the latest from
Catholic
Sign up for our newsletter
POPULAR AT PATHEOS Catholic
1