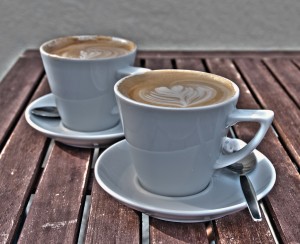 Cristin slammed the kitchen door behind her when she came home from work a few weeks ago. She threw her Starbucks apron on a chair. “Mom, a new girl named Ashley started today, and I’m supposed to train her. But I can’t stand her!”

I looked up from the bills I’d been paying at the table. “I’m sorry, Hon. What, exactly, is the problem?”

“Well, first of all, she’s rude. She obviously doesn’t know how to operate the cash register, even though she worked at another branch of Starbucks for a year. And when I tried to show her how to do it, she told me she doesn’t like register—she prefers making drinks. I’m the supervisor. She’s a barista. She’s supposed to do what I ask.”

“To be nice, I put her on bar. But she’s so slow. Instead of getting the drinks out, she flirts with every male customer and backs up the line. And when I asked her—nicely—to try to speed things up, she told me I was jealous of her beauty. Mom, she’s not even pretty.”

I took my reading glasses off my nose, folded them, and placed them on the table. In my mind I was back in an aerobics class in the early 1980s. There, always flirting with Ken, the hunky male instructor, was a young woman named Lynn.

How annoying she was. The way she always got to class early to make sure she would snag a spot up front. The way she tousled her hair before the mirror to ensure it was its Farrah Fawcett best. The way she giggled and chatted with Ken as he was setting up his music. The way she wagged her shiny-leotarded hips to the pulse of “It’s Raining Men.”

Every time I saw her I was peeved at her, but I was twice as peeved at myself. I strive to be a warm and giving person, to treat everyone I encounter as I’d like to be treated myself. Lynn put me to the test.

Whenever I entered the health club and felt my pique begin to rise, I’d focus mind, spirit, and body in an effort to beat it down. First, I’d reason with myself: Jan, you don’t even know her; she’s never done anything to hurt you. Next, I’d turn to prayer: Please God, give me patience with that flirt. Then, I’d take pragmatic action, moving as far from Lynn as possible and averting my eyes.

But one day as I performed this ritual, Lynn came up to me and smiled. “Cute legwarmers,” she said. “They go great with your leotard.”

We wound up having coffee after class. She told me she taught high school math. Her school was a taxing place to work—cantankerous principal, rowdy students—so she rushed to aerobics every evening to help relieve her stress.

She told me she was recently divorced and felt lonely and down about herself. Her husband had been having an affair with a woman he claimed was more attractive.

She also asked me to talk about myself, and when I did, I could tell she listened closely. She insisted on paying for the coffee. Within weeks, we became friends.

I learned quite a bit from Lynn: How a person’s annoying behavior often masks insecurity and pain. How compliments can open people up and shatter resentments.

I was lucky Lynn had thought to praise my outfit. By doing so she’d disarmed me and enabled our friendship to begin. And I realized that this could have happened sooner if I’d stood up to my hostility when it first reared its ugly head by choosing to give Lynn a sincere compliment myself.

I’ve done this many times since I met Lynn. Whenever I feel irked by someone, I try my best to move beyond my gut reaction, discern the person’s strengths, and extend an honest compliment.

This has rarely been difficult to do. When I was bugged by a law school classmate who frequently brown-nosed professors, I told her I admired her mastery of Torts. She thanked me and confessed that she was struggling with her courses and fretted she wouldn’t earn good grades.

When I was piqued by a new lawyer colleague who sent me frequent, needless memos, I told him I appreciated his hard work. He explained he was grateful to have joined our firm; when he lost his previous job, he feared he’d have to practice on his own.

When I was peeved by a young Polish priest who gave incomprehensible sermons, I told him I enjoyed the way he sang the Mass. He smiled and said he’d been striving to reduce his Polish accent, which he worried was too thick to understand.

Did the compliments I gave stop the behaviors that had bugged me? Sometimes, but that’s beside the point. It’s not my place to try to change other people; it’s my job to change myself and become tolerant and embracing. This takes constant work.

Did the praise that I extended always lead to lasting friendships? No, just occasionally. But it always dissolved the enmity I felt and smoothed relationships.

So I looked at Cristin. “You know, Hon, maybe Ashley acts the way she does because she’s feeling insecure. She’s new at your Starbucks, after all. Or maybe she’s jealous since you’re the one in charge. Or maybe she has problems outside work. Have you ever tried to praise her?”

Just yesterday, Cristin came in the kitchen door at the end of her shift. This time I was putting groceries in the fridge. Cristin took a milk container from the table and handed it to me.

“Mom, I forgot to tell you, I gave Ashley a compliment a couple of weeks ago. I told her she has great rapport with customers. Right away she began helping more with tasks and doing better work. She’s even stopped flirting with the guys. And today we went out to lunch together. She’s really kind of nice.”

Jan Vallone is the author of Pieces of Someday: One Woman’s Search for Meaning in Lawyering, Family, Italy, Church, and a Tiny Jewish High School, which won the Reader Views Reviewers’ Choice Award. Her stories have appeared in The Seattle Times, Good Letters, Faith & Values in the Public Square, Catholic Digest, Guideposts Magazine, English Journal, Chicken Soup for the Soul, and Writing it Real. She lives and teaches writing in Seattle.

Photograph above by Berit Watkin, used under a Creative Commons license.

March 18, 2015 Soft Hearts and Thin Skin
Recent Comments
0 | Leave a Comment
Browse Our Archives
get the latest from
Catholic
Sign up for our newsletter
POPULAR AT PATHEOS Catholic
1 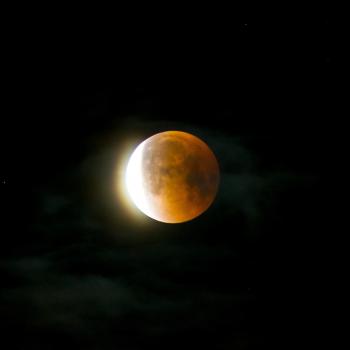 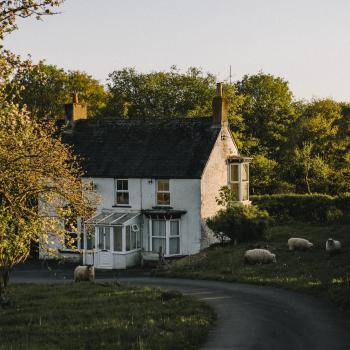